A pastor tired of having a funeral

A Toronto pastor who no longer counts the funerals of gunshot victims has decided to do more than pray to fight the violence, by wanting to recreate a bond of trust between citizens and the police. 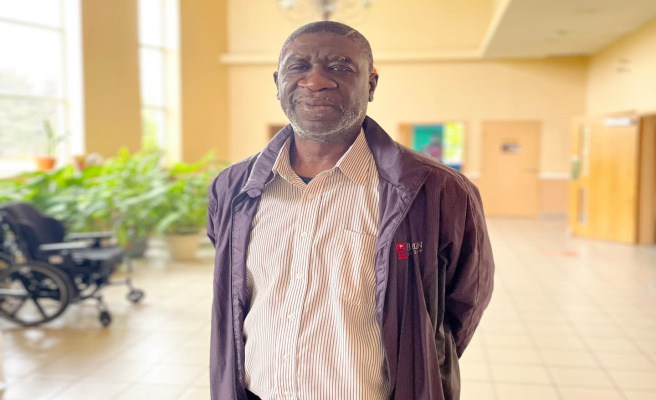 A Toronto pastor who no longer counts the funerals of gunshot victims has decided to do more than pray to fight the violence, by wanting to recreate a bond of trust between citizens and the police.

“We do marches with the police in the neighborhoods with the highest crime rate. The goal is simple, to show visibility and send a simple message: “the police are your friends”. There is a mistrust that we must try to reduce, ”says Pastor Andrew King.

The man of God had his wake-up call a long time ago, in 2005. While officiating the funeral of a young man murdered by a gun, another was shot dead in front of the church . In full service.

“Here, however, is supposed to be a sanctuary. This is where we see that it goes too far, that it happens even in broad daylight. They don't even hide, laments Pastor King. I've lost count of funerals, it's not something I want to remember. »

It was then that he decided he had to take action to try to make a difference in the community.

Along with several other pastors and a detective from Toronto, they traveled to Boston to see how they could learn from a project led there by the Reverend Eugene Rivers.

They were impressed to see the positive effect he had on young people by trying to get them out of crime, but also from his collaboration with the police. This is where the Etobicoke Strategy was born.

“Gone are the days of saying it’s someone else’s problem, gun violence. People have to get involved,” he continues.

But he is not "naive enough" to believe that a single meeting will change a negative view of police work.

“Many lack self-confidence because of bad experiences in the past. But we are here to change that, to show them that they are there to make neighborhoods safer,” said Pastor King.

He then points to a window of his church, to show that even this one is not safe.

Cardboard covers a hole left by a stray ball. A few months earlier, an individual was murdered a hundred meters from the building.

“Lucky it happened overnight. It just shows that there is still a lot of work to be done,” realizes Mr. King.

Another part of the strategy is to visit young people in prison, in order to raise their awareness.

“The sad thing about all of this is that it’s after the fact. The ideal would be to be able to pick them up and make them think before they take action,” says Andrew King.

According to him, these offenders “are part of the solution”.

“They are the ones who can tell us what we need to do to create opportunities for them. We must lead them to make the choice between a good life where they will grow old and a bad one, much more uncertain, ”he concludes.

1 An upcoming debate on the charter, says Jolin-Barrette 2 Hospital changes approach to victims 3 Tom Thibodeau: A star coach linked to La Pocatière 4 "The best captain in my life" - Vasilevskiy 5 Travel with your hands on the handlebars 6 Up to $50/h to wait in line in front of the passport... 7 France at the polls for decisive legislative elections... 8 Young people and the labor shortage 9 Russian strike on western Ukraine: at least 22 injured,... 10 Ukraine: connection restored between the Zaporizhia... 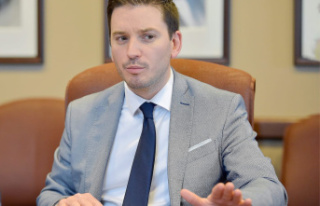 An upcoming debate on the charter, says Jolin-Barrette