A recession is not the most likely scenario, says Girard

Finance Minister Eric Girard still does not fear a recession, despite persistent inflation and the helm given by the Bank of Canada on Wednesday.

Finance Minister Eric Girard still does not fear a recession, despite persistent inflation and the helm given by the Bank of Canada on Wednesday. For the first time since 1998, the organization raised its key rate by 1%.

• Read also: Rise in the key rate: the bill for housing could skyrocket in Quebec

• Read also: Rise in the key rate: the fight against inflation will cost you dearly

"The most likely scenario, as set out by the Bank of Canada, remains a significant slowdown in growth in 2023 without a recession," argued the office of the Minister of Finance.

By setting its key rate at 2.5% with a fourth increase since last March, the Bank of Canada's objective is precisely to limit the effects of inflation, including the meteoric rise in real estate prices.

"The increase in the key rate aims to reduce overall demand, in particular by moderating the effervescence of the real estate market," recalled Mr. Girard's cabinet.

However, the direct effect of this increase will be a substantial increase in commercial bank interest rates.

This will make it harder for those who have taken out mortgages to pay their bills at the end of the month, and for first-time buyers to have a harder time getting a loan.

Faced with these concerns, the office of the Minister of Finance recalls that the government has "already implemented several measures to protect first-time buyers and promote access to property", such as the harmonization of its programs intended for buyers of a first property to federal government programs.

Last June, Quebec also improved the tax credit provided for the purchase of a first home, increasing it from $750 to a maximum amount of $1,500.

1 Groupe Touchette consolidates its position in the... 2 10 cottages to rent for Labor Day 3 US doctor who helped girl abort after rape threatened... 4 Italy: Draghi throws in the towel after the defection... 5 [MUST SEE] A Portuguese journalist walks through a... 6 Race to Downing Street: Sunak in the lead, ahead of... 7 Yosemite's giant sequoias were spared the flames 8 Southern Europe plagued by fires 9 Influential American lawyer accused of killing his... 10 EU proposes day of remembrance for 'victims of... 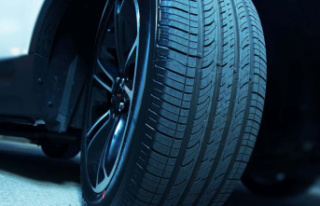 Groupe Touchette consolidates its position in the...