A Quebecer says he was the victim of an error after receiving a ticket from the City of Montreal for illegal parking while his vehicle was 1,340 km away, in his yard, in the Magdalen Islands.

A Quebecer says he was the victim of an error after receiving a ticket from the City of Montreal for illegal parking while his vehicle was 1,340 km away, in his yard, in the Magdalen Islands.

" That does not make any sense. Of course that is a mistake. At first I thought there was a transcription error. I even laughed at it, it didn't make sense! “, plague Stéphane Vigneau, a resident of Havre-Aubert.

This Madelinot had quite a shock when he received a letter from the Municipal Court of Montreal last week. In it, the court orders him to pay a $54 parking ticket for an offense committed on December 2, 2021 in the city of Côte-Saint-Luc.

"The most absurd thing is that my vehicle has never left my home, in the Magdalen Islands, since 2020. They can check, I have never taken the ferry since with it," says Ms. Vineau.

The 50-year-old man therefore sent a plea of ​​not guilty to the municipal court, while explaining his situation.

“I am now being asked to appear in person in Montreal, before a judge, to justify myself. But it's going to cost me hundreds of dollars on the plane or in gas with my car. It’s also 12 hours by car and 5 hours by ferry to get there,” laments Stéphane Vigneau.

He even contacted his deputy, Joël Arseneau, of the Parti Québécois, since he no longer knew which saint to turn to.

But why does the Madelinot refuse to pay the $54 ticket to be able to turn the page? "For me, it's a matter of principle. I have money. It's just that I find it absurd to be robbed of the same for an error, ”criticizes Stéphane Vigneau.

For its part, the City of Montreal recognizes that “without commenting on the case here in question, it may happen that transcription errors are inadvertently committed” by its agents during the issuance of statements of offence.

“The analysis and the decision related to the maintenance or withdrawal of a statement of offense fall under the function of the prosecutor. An analysis will be carried out at the beginning of the week and the result will be communicated to the citizen here in question”, explains Guillaume Rivest, public relations officer for the City.

1 "He (Darcy) was ok" - Bednar 2 The Tour de France 2022: at their best just in time 3 “There is still hockey in us” - Perry 4 QMJHL: Sea Dogs want to do better on the penalty kill 5 A life of cinema: the pillar of Cinéma Beaubien retires... 6 The 100 best songs in the history of Quebec 7 “A song is a miracle!” 8 songs that make me cry 9 Thirty years of literary creation 10 Novels from here: Duplessis, neither dead nor buried 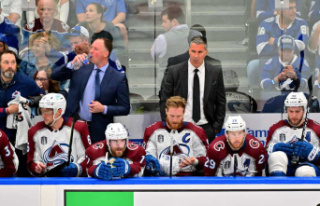