A toxic mine decimated a village in the Laurentians

A fatal disease caused by dust from a mine has already killed 46 workers in a few years, decimating more than one in four men in a village in the Laurentians in the 1940s. 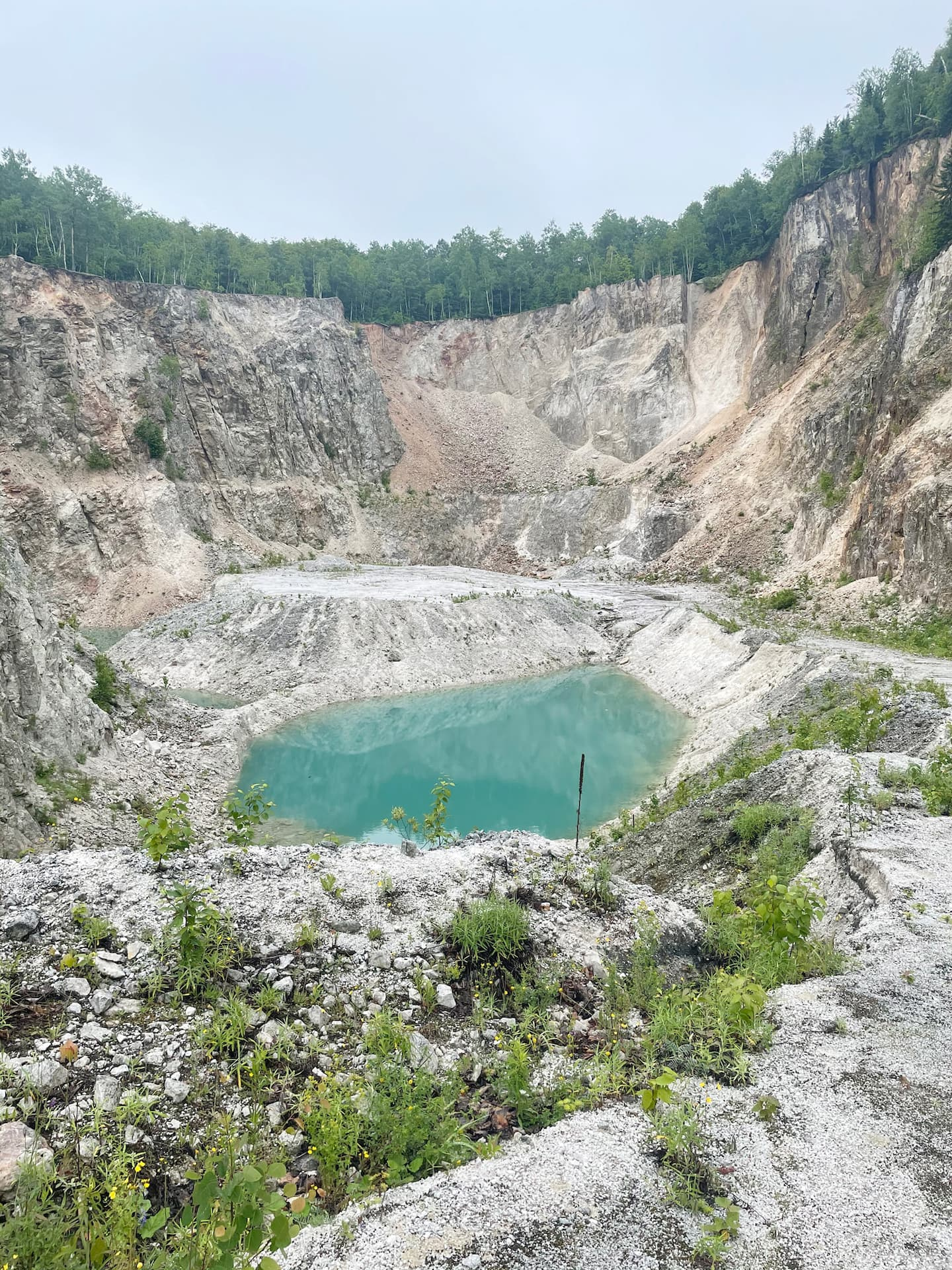 A fatal disease caused by dust from a mine has already killed 46 workers in a few years, decimating more than one in four men in a village in the Laurentians in the 1940s. A tragedy that recalls the serious public health issues linked pollution emitted by the Horne Foundry in Rouyn-Noranda.

• Read also: Where is the Ministry of the Environment?

• Read also: The Horne Foundry has asked for an arsenic emissions cap that is too high for Quebec

"There have been so many deaths that we have nicknamed Saint-Rémi the village of widows", summarizes the filmmaker Bruno Carrière, director of 1948: The silicosis affair, the story of an injustice. This documentary recently screened in Montreal recounts this first industrial tragedy in Quebec, which occurred 20 km west of Mont-Tremblant, in the Laurentians.

It was in 1947 that the Franco-American journalist Burton LeDoux discovered this incredible story following an investigation lasting more than three months. His report, published the following year in the magazine Relations and taken up by the media of the time, had the effect of a bombshell in political circles.

“I remember the shock we had when we learned that there was a company in Quebec that was killing its workers. We had never experienced a scandal of such magnitude, ”comments sociologist Guy Rocher, at the opening of the film.

On the spot, almost nothing remains of the disaster that the Catholic Church and the government of Maurice Duplessis, who was trying to get re-elected, tried to make people forget. Canada China Clay and Silica closed the mine a few months after the report was published.

She had taken care to remove all the buildings testifying to her mining operations, which lasted 37 years. In 2022, only ruins remain in the forest and the open pit mine, to which access is prohibited.

In a village of 160 families, this carnage did not go unnoticed. At the time, the journalist criticized the company for having turned a blind eye to the multiplication of cases.

“It is impossible that the owners were not fully informed. [...] This is criminal negligence. Of a state of affairs equivalent to legalized murder,” he wrote.

The tip of the iceberg?

Moreover, the 46 deaths are only those that the journalist has traced.

“But we know that there were many other deaths, in particular immigrants whose trace we lost after the closure of the mine”, laments the mayor of Saint-Rémi, Jean-Guy Galipeau, who hosted Le Journal for a historical tour of his city last month.

Silicosis, that “insidious, incurable, and usually fatal disease,” as LeDoux writes, is caused by the repeated inhalation of silica dust. The lungs clog when this accumulates. The person can no longer work and dies in the months that follow. Without a mask, minors are highly exposed to it.

In Saint-Rémi, the concentration of contaminants was so dense that cases of fatal silicosis appeared after five months of exposure.

In the village cemetery, we see the names of victims scrolling through: Dérice Thomas, who died in 1937 at the age of 31. Philias Proulx, in 1939, at age 60. The two youngest victims: the brothers Patrick and Doris Chartrand, died at 22 years old.

“They were my uncles; they had only worked at the mine for a few months,” says Ginette Lévesque, who took part in the remembrance work undertaken by the village. A commemoration is planned for next year, on the occasion of the 75th anniversary of the closure of the mine.

Originally from Saint-Rémi, she tried to trace their history.

“As there was no social safety net, the women remained with their many children with little or no income. »

Women had to resort to prostitution.

“My own grandmother is one; I discovered it by consulting his correspondence, ”she says.

Little known to the general public or even to history books, the drama of silicosis in Saint-Rémi was nevertheless the cradle of labor unionism.

The magazine Relations, which published the journalist's 20-page report, paid dearly for its scoop because its Jesuit editors were sacked after the Church intervened.

The report also shook the public at the time. The 15,000 copies flew away and a summary appeared in the parish bulletins distributed in all the churches.

The investigative journalist survived a violent car accident in Montreal in May 1948 and died in Virginia in 1979.

What brings the American company Canada China Clay and Silica to settle in Saint-Rémi-d'Amherst is a white and friable rock which reveals, under the eye of prospectors, a rare deposit of pure silica, a sought-after material for the manufacture of glass, soaps and detergents. The ore is then exploited in the open and several wells are dug where miners rush.

A rare former silica mine worker, who is still alive, knew of the 46 victims of the tragedy and he is convinced there are more.

“We watched over the bodies and buried them. The school was full of orphans,” says Jean-Paul Thomas, who was born and raised in Saint-Rémi.

The 92-year-old in resplendent shape only worked for Canada China Clay and Silica for a few months. “I had been hired at 17 and the legal age was 18; I was not working in the hole, ”he confided to the Journal.

He claims to have known all the victims of the tragedy, as he was an altar boy and attended the funeral.

“We always talk about the 46 dead but there were many more. When the mine closed, the workers left. I am certain that several died of silicosis without leaving a trace. »

His family was unaffected by deaths, as his father was a construction contractor and did not work at the mine. Her sisters were hotel workers. His hometown was very prosperous in the 1940s; there were three hotels, general stores, hair salons.

It was Jean-Paul Thomas who lowered the breaker activating the machinery of his unit when the company ended its operation.

Another two to 13 workers die each year from silicosis in Quebec, nearly 75 years after the tragedy in Saint-Rémi.

For the past 10 years, 18 to 45 new cases have been identified annually, according to data from the Commission for Standards, Equity, Health and Safety in the Workplace of Quebec (CNESST).

It is mainly workers in the mines, oil and gas industries and in the furniture or cabinet making sector who are the most exposed and from whom the majority of claims come.

“These figures do not reflect reality, because these are only cases recognized by the CNESST and not all of the patients observed by doctors”, points out Dr. Marie-Laure Durand-Hemery, specialist in occupational medicine. at the University of Montreal.

For the CNESST, silicosis is an occupational disease to which “zero tolerance” applies. The standards are strict and the penalties heavy against companies at fault; it can force the closure of a factory and sue it.

However, deaths and cases continue to add up in Quebec.

In addition, the CNESST claims to have modified by regulation, at the beginning of the year, the admissible exposure value for the material responsible for silicosis. "The latter will be halved from 0.1 mg / m3 to 0.05 mg / m3 for 8 hours", explains the spokesperson, Antoine Leclerc-Loiselle.

In the clinic, the disease is detected more quickly these days. According to Dr. Durand-Hemery, one should be vigilant towards workers exposed to dust, even if they are not linked to the most affected sectors. Especially with those who cut concrete to restore roads and sidewalks, for example.

What have we learned from the tragedy of Saint-Rémi? More robust laws and better patient care, replies the expert. “Nowadays, it is a disease that appears in people aged 60 and over. There, 22-year-old workers died after a few months of exposure. »

1 Mountaineering | Alpamayo: a great achievement in... 2 What future for LIV Golf and the sport? 3 Osheaga: "We just want to forget" 4 Five must-haves of Summer Arts 5 "I'm really proud to star in Confessions"... 6 Five questions to Francis Darche, director of Refuge... 7 Orchester Métropolitain: the importance of reaching... 8 Essay by Maï Nguyen: the war told by a child 9 Marjorie Armstrong's first novel: the beautiful... 10 Novel of a father-son duo: dreaming of winning the... 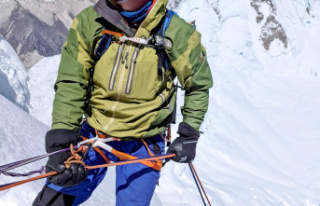 Mountaineering | Alpamayo: a great achievement in...