A few days after the elimination of the Rangers in the Eastern Conference final, Alexis Lafrenière already has his eyes set on next season. 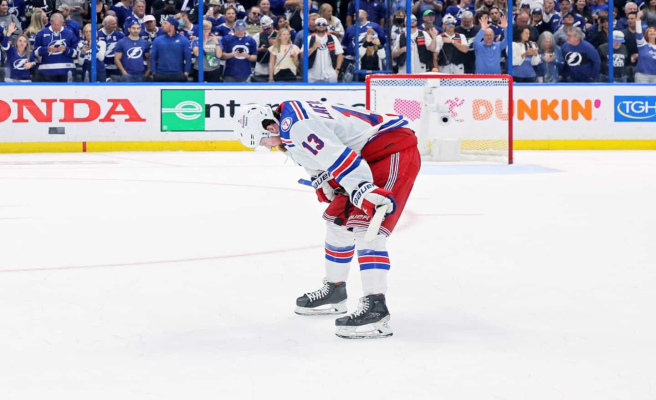 A few days after the elimination of the Rangers in the Eastern Conference final, Alexis Lafrenière already has his eyes set on next season.

• To read also: Bruce Cassidy becomes the pilot of the Golden Knights

• Read also: John Gibson does not want to be traded

The Quebec forward scored two goals and nine points in 20 playoff games. He was part of the "Kid Line" with Filip Chytil and Kaapo Kakko, a unit that had its share of success late in the second round, against the Carolina Hurricanes.

"I want to play in the top 6 eventually," he told the daily "New York Post" during the end-of-season review on Monday. I think that's my goal."

Lafrenière also let it be known that he wanted to improve his skating this offseason.

Remember that the native of Saint-Eustache had a difficult campaign in his second season in the National Hockey League. He threaded the needle 19 times and amassed 31 points in 79 games and was passed over by head coach Gerard Gallant late in the season.

The pilot of the "Blueshirts" however said he was open to giving more ice time to his young wolves next campaign.

“We try to win every night. This is our mentality. Will these youngsters have more chances next year and subsequent seasons? Yes.

“They continue to develop. They are young players and they have made great progress in my opinion.

Gallant even added that he would be "disappointed" if Kakko and "Laffy" didn't carve out a spot on the top two lines in 2021-22.

“It’s just about building their trust. They want to be star players. I think “Laffy” has improved a lot physically. He's a talented player.

“Did they spend as much time on the power play as they would have liked? No. But I'm not going to blame myself, since our power play was one of the best in the NHL.

Lafrenière has confirmed that he is ready to play on the right wing next campaign, as Rangers' left side are bursting with talent in Artemi Panarin and Chris Kreider.

We can also expect the Quebecer to have an additional element of motivation, since he will be finishing the last season of his entry contract. 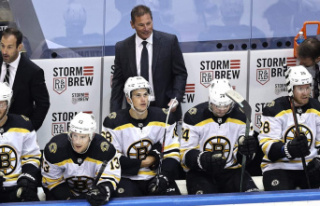