After a whole year of making fans languish, we now know who is the chosen one of Victor's heart in the American series Love, Victor. 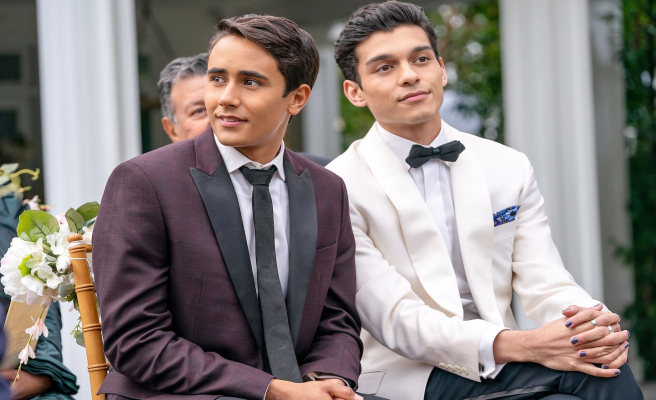 After a whole year of making fans languish, we now know who is the chosen one of Victor's heart in the American series Love, Victor. And if the wait was unbearable for the fans, it was just as much for the actors.

Let's rewind first. June 2021. The second season of Love, Victor ends leaving fans in suspense. Until then torn between his suitors Rahim and Benji, the title character seems to have finally decided. But which of the two boys did he choose?

“The comment section on my social media has been bombarded with this question for a year! It's a lot of pressure. I can't wait for it to be over,” laughs Anthony Keyvan, alias Rahim.

The secret – which will not be revealed in these lines, rest assured – was therefore difficult to keep for the young American actor. In videoconference with Le Journal, he weighs his words himself, anxious to avoid any disclosing comments.

"Let's say all's well that ends well, and I think the fans are going to be very happy. Interpret that as you want,” he says with a smile.

In fact, we no longer need to interpret. The answer to this question can be found at the very beginning of the first episode of the third season of Love, Victor, available on Disney for a few days.

In this series derived from the hit film Love, Simon, a teenager navigates the vagaries of love, friendship and family relationships after revealing his homosexuality in the middle of the hall of his secondary school.

But Victor is not the only one to have experienced a major turning point in his life during the second season. Because we also saw an idyll born timidly between the characters of Lucy (Ava Capri) and Lake (Bebe Wood) in the very last episode.

The trailer for the new season finally confirmed last month that the two women are indeed a couple now.

"It's very exciting that people can see the beginnings of this relationship and see it grow and evolve," says Ava Capri in an interview with the Journal.

But like all good things must come to an end, Love, Victor is bowing out today after three seasons on the air. The filming of the latter has also left a bittersweet taste in the mouth of Anthony Keyvan.

“We were happy to have had the opportunity to tell these stories and to be able to complete each loop before the adventure ended. But on the other hand, I lived the most emotional days of my career; I cried hot tears after my last scene, ”says the actor.

“I saw how much our characters and their stories touched people. To be able to have such a real and lasting impact on them, at our age, at the start of our careers... It's very special. We were very lucky,” he concludes.

1 Between Poland, Los Angeles and Quebec 2 To know the quality of your sleep, your watch will... 3 Misleading and stigmatizing: the name of monkeypox... 4 Google reveals how personal data is used on each app... 5 'Fake users' issue stalls Twitter takeover,... 6 Summer reading suggestions for our politicians 7 Inflation jumped 7.7% in Canada, a record since 1983 8 Passport crisis: a fiasco of the minister and her... 9 A recession is definitely a possibility, admits Fed... 10 Fixed mortgage rates are exploding 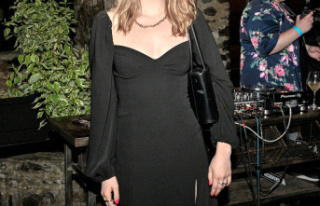 Between Poland, Los Angeles and Quebec