The appearance of United States Secretary of State Antony Blinken on the set of “Salut Bonjour!” gave rise to the deployment of an impressive security device on Friday, when he granted his only interview in French to Gino Chouinard and Georges Pothier. 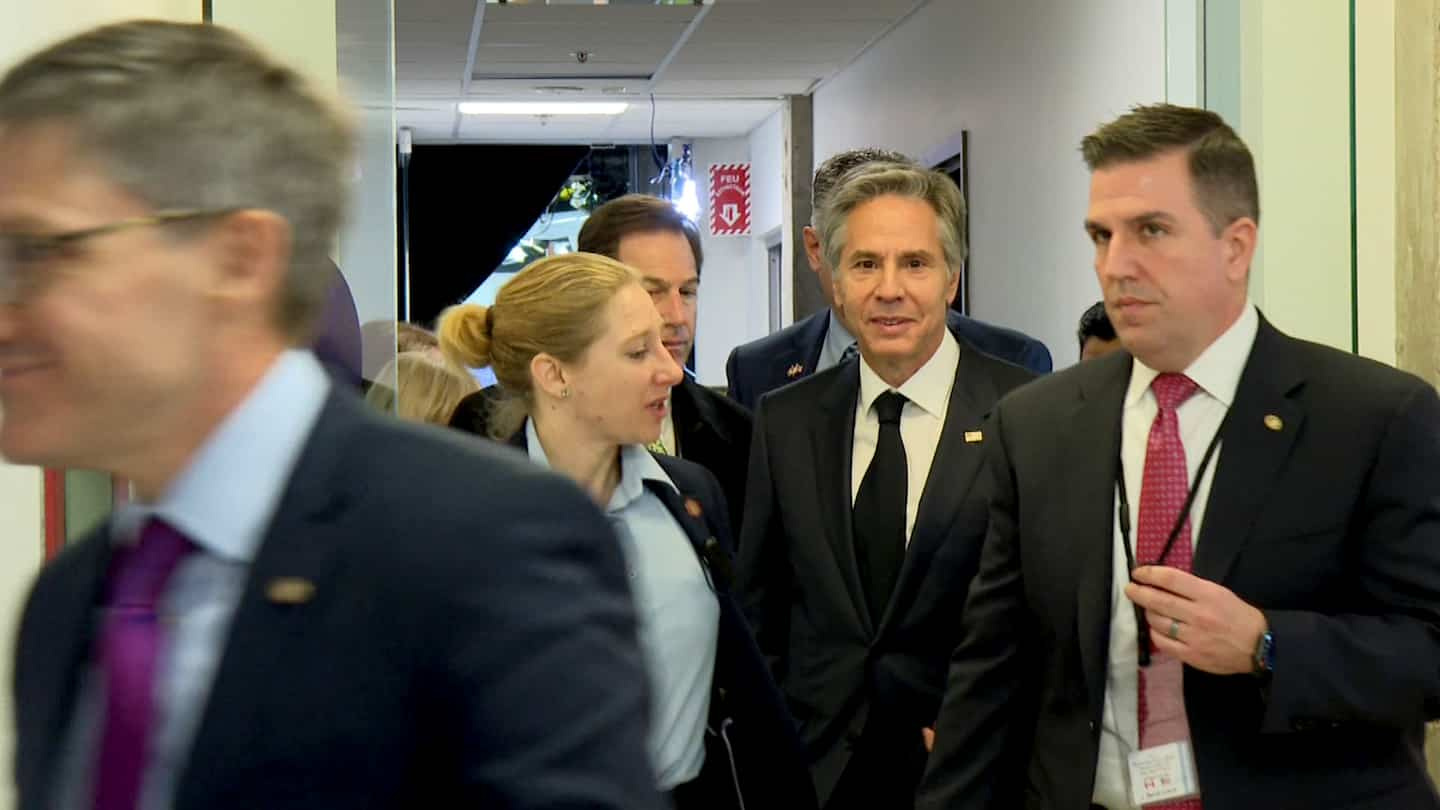 The appearance of United States Secretary of State Antony Blinken on the set of “Salut Bonjour!” gave rise to the deployment of an impressive security device on Friday, when he granted his only interview in French to Gino Chouinard and Georges Pothier.

“When prime ministers come, there is always security, but here we are a notch above. He remains one of the most influential and important political figures in the world,” said Gino Chouinard in an interview with the QMI Agency.

A convoy of about fifteen vehicles carrying the politician, his bodyguards as well as several bodyguards and members of the Royal Canadian Mounted Police (RCMP) arrived in front of the TVA building, forcing the temporary closure of a segment of boulevard de Maisonneuve Est and rue Alexandre DeSève for long minutes.

Police on motorcycles and snipers were also on the scene. Tracking dogs passed twice before Mr. Blinken's visit, then the same morning, on the 9th floor of TVA, all employees had to leave their workstations to allow the inspection of the premises.

Nothing had been left to chance and everything was predetermined, including a request from Mr. Blinken to sit in the “living room” section of the “Salut Bonjour!” set. for the interview. Nearly 40 people accompanied him to the 9th floor, including security.

“We were excited, but prepared,” said “Salut Bonjour!” producer Kim Larouche, who received an email a week ago warning her that a member of the Biden administration – without naming him – would be in Montreal in a week and that he wanted to give an interview to the show.

“Top level security and an impressive political entourage on the menu this morning. You should have seen all the security,” said Gino Chouinard on Facebook.

“It was well organized and their cooperation was second to none. I must also say that Mr. Blinken is really nice, ”she added, adding that someone was there to translate the interview, relayed live in Washington.

Russian aggression, tensions in China and even the Roxham Road

Along with his news colleague Georges Pothier, Gino Chouinard interviewed Mr. Blinken about Canada-US relations and environmental issues ahead of COP27, to be held in Egypt. "If we don't act in the next few years, it will be too late," Blinken said.

There was also talk of Russian aggression in Ukraine and the possible escalation of the conflict, with President Vladimir Putin threatening the West with a nuclear bomb. “President Biden is very clear: it is not in our interest to have a direct war between the United States and Russia. We want to prevent this war from expanding. On the contrary, we want this war to end. For that, the Ukrainians must have in their hands the capacity to defend themselves against this aggression, to repel the Russians, we must keep the pressure on Russia so that it comes to the table of negotiations and diplomacy, "said underlined the United States Secretary of State.

The situation in Haiti, tensions with China over Taiwan and issues relating to the defense of the Arctic also occupied a prominent place during the interview, in addition to Roxham Road where many newcomers cross the border. Canadian.

In an interview with the QMI Agency, Gino Chouinard was delighted to have had this "privilege" of being chosen by the 60-year-old Secretary of State, who speaks French very well since he spent part of his youth in Paris. "It's not a trivial visit, because the people from the American Embassy told us that this is only the second time in 21 years that an American Secretary of State has come to Montreal. And in addition, that he offers himself to come on our set, it is doubly spectacular for us.

The one who pilots “Hi Hello!” for a 16th season also praised his team, which has spared no effort over the past few days to welcome Antony Blinken as well as the other guests on Friday, who had to submit to the security protocol.

1 This time, no more room for doubt: Jerry Lee Lewis,... 2 What will Musk's Twitter look like? 3 PRESS RELEASE: Huawei's David Wang: The Move... 4 Air Canada: first positive operating margin since... 5 After the European majors, ExxonMobil and Chevron... 6 Third consecutive increase in GDP in Canada 7 22 rowdy children expelled from a train in Spain 8 Death of Hannah Goslar, one of Anne Frank's best... 9 Escaped from a Swedish zoo, the king cobra Houdini... 10 Iran: new demonstrations, anger stoked by the dead 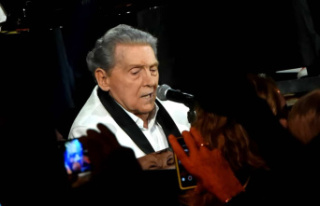 This time, no more room for doubt: Jerry Lee Lewis,...