Beaten to death for complimenting a little girl

The relatives of a man who was allegedly beaten to death last May at the exit of a restaurant-bar in Richelieu for having complimented a young girl are struggling to mourn, although serious charges are now hanging over two suspects.

The relatives of a man who was allegedly beaten to death last May at the exit of a restaurant-bar in Richelieu for having complimented a young girl are struggling to mourn, although serious charges are now hanging over two suspects.

"I hope justice will be done because I don't understand how such a trivial thing can allow two people to attack someone," Natasha Webb sobbed on the phone.

On May 14, his uncle Ronald Webb went to B-Sports, a restaurant-bar located on Richelieu Boulevard, to watch a hockey game.

Adam Jourdenais, 27, and Sébastien Junior Vallée, 34, were also on hand.

At some point in the evening, the 65-year-old pensioner, who lives very close to the establishment, allegedly told a little girl, who was with her mother, that she was cute.

A confrontation would then have taken place in the parking lot of the restaurant-bar.

The girl's mother allegedly had a heated verbal exchange with Mr. Webb, before pushing him, said bar owner Theo Dritsas, adding that the scene was captured by surveillance cameras.

Once Mr. Webb had left the scene, Vallée and Jourdenais, who are not related to the little girl, were suddenly enraged and struck the 60-year-old several times.

He was pronounced dead two days later at the hospital.

The file was thus transferred to the investigators of crimes against the person of the Sûreté du Québec.

Jourdenais appeared at the Saint-Hyacinthe courthouse on a charge of manslaughter, one of the most serious in the Criminal Code. Vallée suffered the same fate at the Saint-Jérôme courthouse.

They were both released.

Jourdenais has appeared in court several times in the past, notably for cases involving threats, pointing a firearm and numerous breaches of conditions. His alleged accomplice has no criminal record.

These arrests give hope to the Webb family that justice can be served one day, even if the pain remains very intense.

“He was a happy, kind man. It's unfair that all of this happened because of words exchanged, ”insists Natasha Webb, who describes the victim as her own father.

“He saw me and he told me that I was beautiful. Not everyone these days gives compliments, ”she drops.

1 Toronto: several hundred Hells Angels expected 2 Public inquiry after a triple murder 3 Inappropriate relationship: charges leveled against... 4 Jimmy Garoppolo can look for a new team 5 Cirque du Soleil: a show that will dazzle the divas! 6 A Quebec pimp arrested again 7 Possible dismissal of a not very honorable judge 8 Aldo's setbacks cost taxpayers $37.2 million 9 The PLQ wants to take over Huntingdon with a former... 10 Exceptional measures for the papal visit 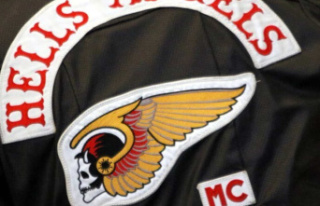