It offers the Government to start the dialogue, although "it will take all necessary actions" to defend their rights. 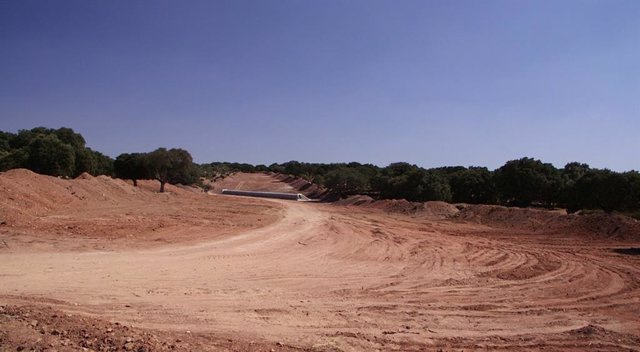 It offers the Government to start the dialogue, although "it will take all necessary actions" to defend their rights

Berkeley Energia has opened the door to filing an arbitration against the Government of Spain for the 'siding' situation in which its Retortillo uranium mine project (Salamanca) finds itself.

As reported to the National Securities Market Commission (CNMV), the Australian company has submitted a written notification of an investment dispute to the President of the Spanish Government, Pedro Sánchez, and the Ministry for Ecological Transition and Demographic Challenge.

Specifically, Berkeley's notification informs the Kingdom of Spain of the nature of the dispute and of the breaches of the Energy Charter Treaty (ECT), and proposes "to seek rapid negotiations for a friendly solution in accordance with article 26.1 of the TCE".

In a statement, the mining company indicated that it offers the Government of Spain to start the dialogue to reactivate the construction of the Retortillo uranium mine (Salamanca), through the presentation of this investment dispute notification.

However, the company, which recently appointed an Advisory Committee to the board of its Spanish subsidiary made up of Rafael Miranda, Jaime García-Legaz and Miguel Riaño, expressed its confidence in continuing with the construction of the Retortillo uranium mine and assured that "will take all necessary actions to preserve your rights."

Berkeley pointed out that the notification presented to the Spanish government is necessary "to preserve the rights of the company with a view to the possibility of initiating international arbitration if the dispute is not satisfactorily resolved."

In any case, he stressed that "it is willing to collaborate and maintains the hope that the controversy can be resolved amicably through rapid negotiations."

The company considered that the Spanish Government has infringed the regulations on administrative procedures in Spain, but also the protection granted to the company under the TCE, "which would imply that the decision on the denial of the construction request by Berkeley it is not legal".

In December last year, the mining company filed an administrative appeal against the decision of the Ministry for the Ecological Transition and the Demographic Challenge under Spanish law, which has not yet been resolved.

For the company, the Ministry has rejected the request for the construction of Berkeley without following the legally established procedure, since the Improvement Report has not been taken into account nor has it been sent to the Nuclear Safety Council (CSN) for evaluation, such and as the company has requested on multiple occasions.

After a detailed comparison of different files (La Haba -Badajoz-, Saelices El Chico -Salamanca-, owned by Enusa Industrias Avanzadas S.A.), Berkeley estimates that information has been required that does not correspond to the regulatory framework and the criteria applied in other processes for similar radioactive facilities.

Consequently, the company considered that the CSN has acted "in a discriminatory and arbitrary manner" when evaluating the request for authorization to build the Salamanca project.

To date, the competent local, regional, state and European Union authorities have granted more than 120 permits and favorable reports in relation to the Retortillo project in Salamanca, including nine from the CSN itself.

In addition, following an unfavorable report to the granting of the construction authorization issued by the CSN Board in July 2021, Berkeley presented to the Ministry, in July 2021, documentation that included an 'Improvement Report' to complement the initial request for the company for the construction authorization, together with the corresponding arguments that address all the issues raised by the CSN, and a request for its re-evaluation by the CSN.

In August of a year ago, more documentation was presented to the Ministry in which Berkeley, with strongly supported arguments, dismantled all the technical issues used by the CSN as justification for issuing the unfavorable report. The company once again reaffirmed that the project meets all the requirements for the construction authorization to be awarded and requested that its application be re-evaluated by the CSN.

In November 2021, Berkeley received the formal notification from the Ministry announcing the rejection of the authorization to build the uranium concentrate plant as a radioactive facility for the Salamanca project.

Thus, the company "strongly refutes" the CSN's evaluation and, in its opinion, this body has adopted an arbitrary decision with the technical issues used as justification for issuing the unfavorable report that lacks technical and legal support. 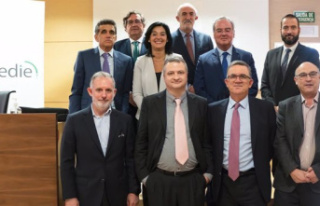 STATEMENT: The largest number of data experts in Europe...