Berlin: Two environmental activists stick to a pole in a dinosaur exhibition

Two environmental activists clung to a pole supporting the skeleton of a dinosaur on display in Berlin's Natural History Museum on Sunday to protest against the German government's climate policy. 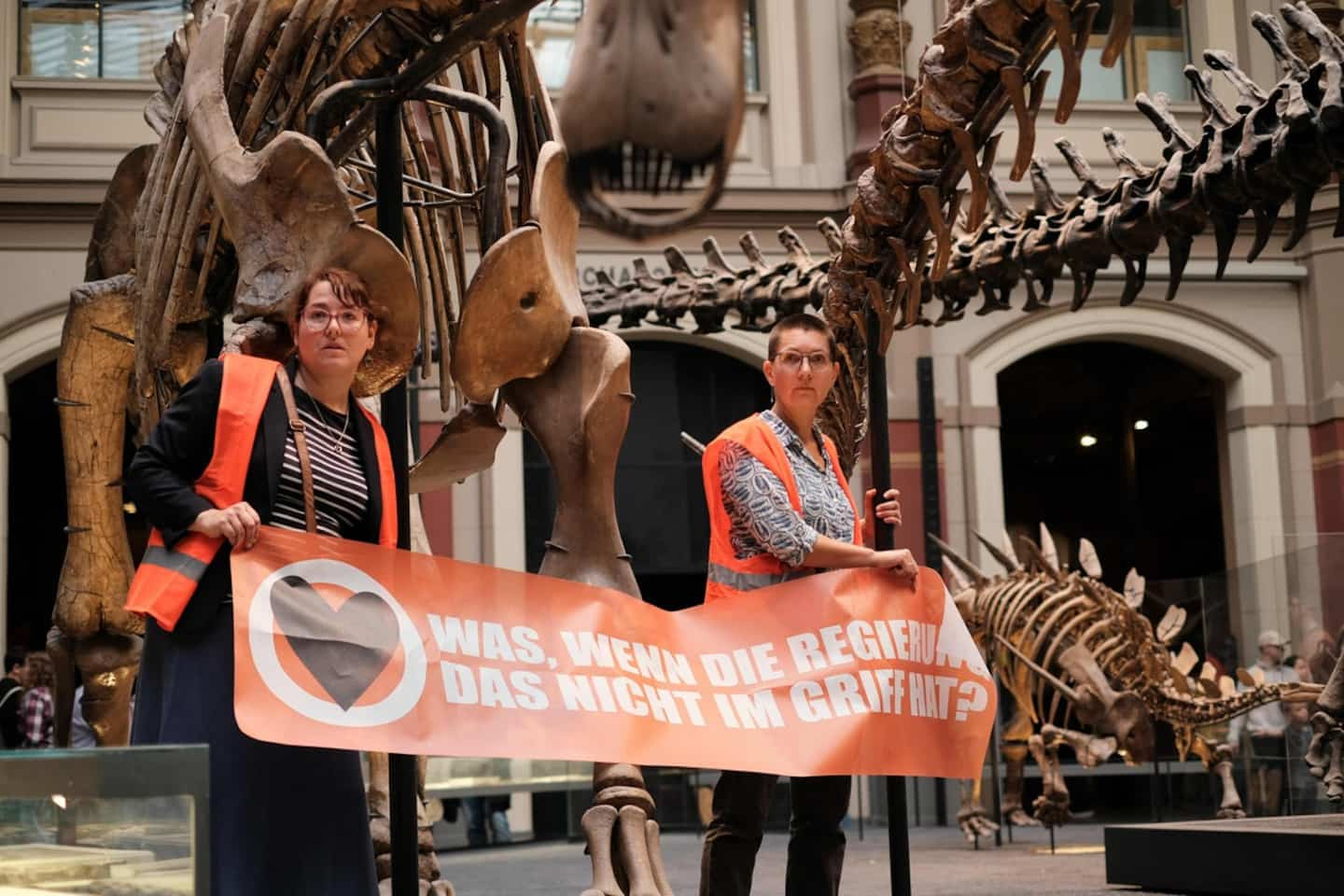 Two environmental activists clung to a pole supporting the skeleton of a dinosaur on display in Berlin's Natural History Museum on Sunday to protest against the German government's climate policy.

It is the latest such action by climate activists in a museum, after famous works of art were targeted in several cities across Europe.

In Berlin, two women wearing orange vests stuck to one of the metal poles supporting the skeleton of a dinosaur more than 60 million years old.

They carried a banner that read: "What if the government does not control the situation?"

One of the women, Caris Connell, said she feared "wildfires, water shortages, famines and wars". “Dinosaurs died out because they couldn't withstand massive changes in climate. It also threatens us,” added the 34-year-old.

The other activist, Solvig Schinkoethe, said that as a mother of four she feared the consequences of climate change.

"Peaceful resistance is the means we have chosen to protect our children from the deadly ignorance of governments," said the 42-year-old woman.

The museum said the incident was resolved within an hour by police intervention. There was property damage and criminal charges were filed, he said in a statement.

The two activists belong to the “Last Generation” group which, earlier this month, spread mashed potatoes on the glass protecting Claude Monet’s canvas “Les Meules” at the Barberini Museum in Potsdam, Germany.

Environmental activists also stuck to the glass protecting Johannes Vermeer's 'Girl with a Pearl Earring' in a museum in the Netherlands and others threw soup on the one protecting Vincent Van Gogh's 'Sunflowers' in the National Gallery in London.

1 'You're a shit fly': Iranian president... 2 Christmas decorations blocked last year tumble on... 3 Nancy Pelosi 'traumatized' by violent assault... 4 Laws, security and ethics: Elon Musk up against the... 5 The Fonds FTQ helped the Ontario buyer of Club Piscine 6 "Mister Halloween" for 25 years 7 Transplantation: at 11, he needs a heart 8 On your marks, get set, cross! 9 Operation Scorpion 20 years later 10 Can fasting improve the success of cancer treatments? 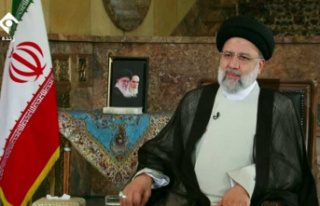 'You're a shit fly': Iranian president...