Big Christmas: $1,000 in groceries per week for this blended family of 11 children

“We forget the project”, with five and six children respectively, is the little phrase that ran through the heads of Marie-Pierre Pelletier and Jonathan Anctil when they fell in love, two years ago, during the pandemic. 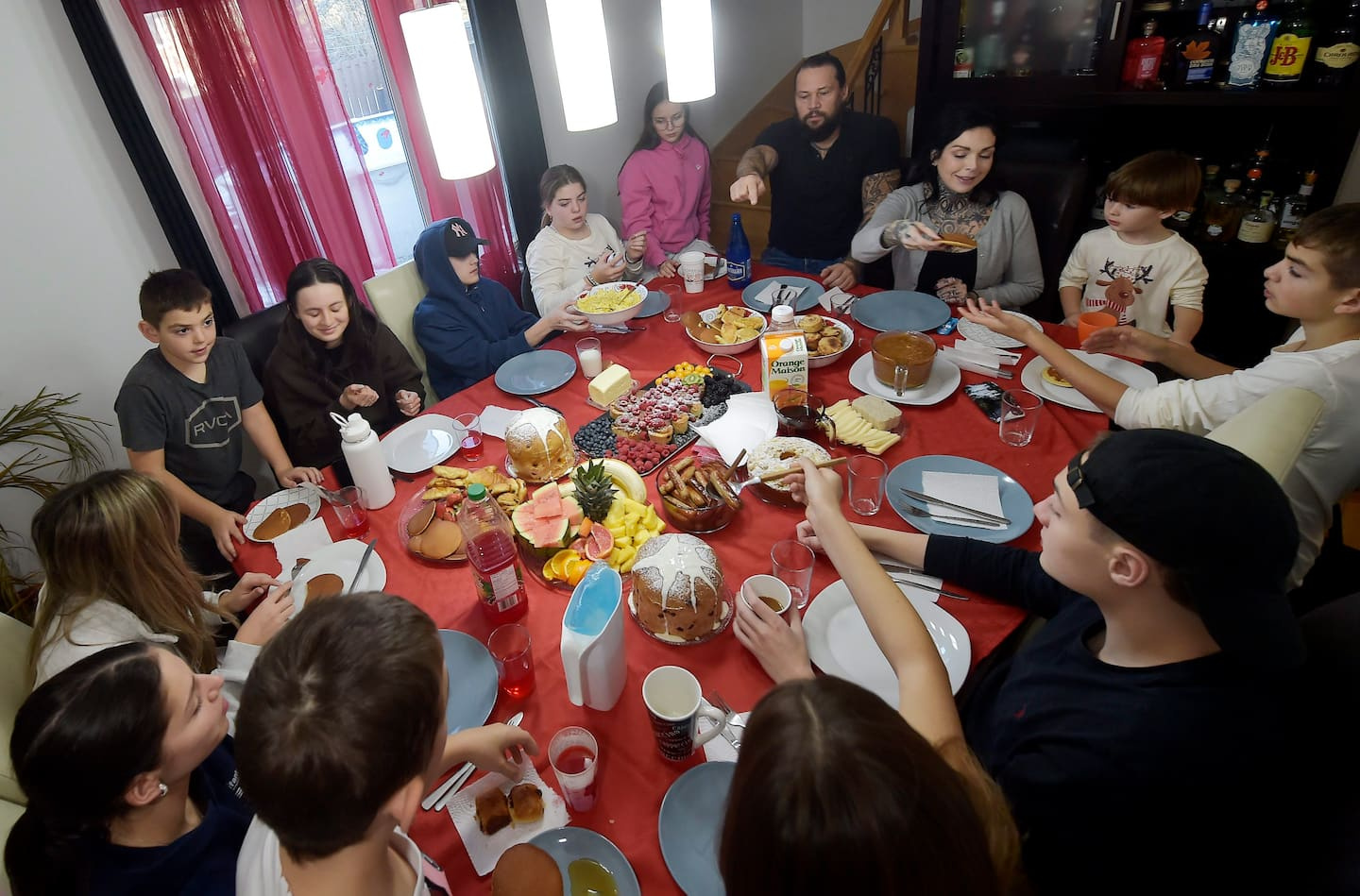 “We forget the project”, with five and six children respectively, is the little phrase that ran through the heads of Marie-Pierre Pelletier and Jonathan Anctil when they fell in love, two years ago, during the pandemic.

Yet today, they live in perfect happiness, despite the lot of obstacles to overcome for a blended family of 11 children.

The reality of the Anctil-Pelletier family is very different from other large families since the 11 children live together every other week.

With young adults and teenagers at home, 18 pints of milk and 10 bags of bread are needed in a single week to satisfy everyone.

“With the increases, the grocery store is up to $1,000 a week right now. A big breakfast-brunch can be four pints of milk and two dozen eggs,” explains Jonathan Anctil.

Parents agree that they need to exercise some control over the amounts swallowed. They even developed an unusual formula.

“We have two fridges in the kitchen. The one on the left, you don't touch it, it's for the preparation of meals and the one on the right, you take everything you want in it, ”says the dad who says that too often the reserves were empty.

When everyone is at home, it's a real whirlwind in the Val-Bélair residence while 8 of the 11 children are still in organized sports.

Practices, competitions and tournaments for hockey, karate, volleyball, soccer and cheerleading are increasing, as is the number of trips to be made.

"It's like a promise I made to myself, it's not because I have several children that they won't do anything", mentions the father who had to work hard as an entrepreneur to have the means. of his ambitions.

Compared to other parents, he did not hesitate to send his children to sports-study programs in private schools.

"It's an investment that has allowed me to recover a lot of time because practices and homework are done during school hours. It worked for the older ones and we keep the same recipe for the younger ones,” he explains.

Marie-Pierre and Jonathan love when the house is full. During the holidays, they receive family and friends for big Christmas parties.

“We are used to having a lot of people. When we don't have the children, we invite people over, we have dinners for 15 people. Our children often invite their friends, blondes, buddies,” they report.

For gifts, they both admit to being a bit excessive. Lots of little gifts, identical Christmas pajamas for everyone, advent calendars. When it's for one, there's for 11.

1 The cross of Mount Royal has been shining for 98 years... 2 Storm: Via Rail passengers stranded for more than... 3 New Year's Eve without electricity for thousands... 4 Louiseville: a body found in the fire of a duplex 5 [PHOTOS] Quebec: a man died and a woman seriously... 6 Much of Quebec still on storm alert 7 167 audioprosthetists pinched for discounts 8 Triple murder in Trois-Rivières: a killer and his... 9 Another plagiarism investigation targets star historian... 10 Dismissal of judge Gérard Dugré confirmed 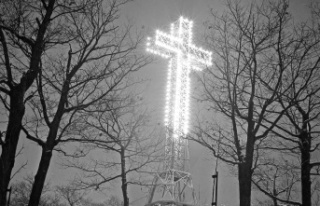 The cross of Mount Royal has been shining for 98 years...