Blue Jays without Ryu for rest of season

Very bad news fell on the head of the Blue Jays on Tuesday, a few hours before the second game of their series against the Baltimore Orioles.

Very bad news fell on the head of the Blue Jays on Tuesday, a few hours before the second game of their series against the Baltimore Orioles. The Toronto team has learned that pitcher Hyun-Jin Ryu will miss the remainder of the 2022 campaign.

The 35-year-old has injured an elbow and will need surgery, according to general manager Ross Atkins' comments by Sportsnet.

Major League Baseball's only organization in Canada has no idea yet of the extent of the injury and whether Ryu will need Tommy John-style surgery or surgery to partially fix it, but one thing is certain: their gunner will miss. the rest of the campaign.

The left-hander didn't have the best start to the season, allowing 11 runs in seven-and-a-third innings over two games before seeing his name added to the injured list for the first time. He had even been returned to the AAA level, in order to get back into shape, which seemed to do him the greatest good. He had maintained a 1.72 ERA in three starts in May after his recall.

1 Ukraine needs 'more heavy weapons', says... 2 Opioid overdose: high school students will learn how... 3 Charter of the French language: Simon Jolin-Barrette... 4 Possible return from Brayden Point 5 Floods, fires and heat waves: the United States grapples... 6 Zelensky and Trudeau talk about new Canadian military... 7 To keep their spirits up, some prefer to avoid the... 8 [IN IMAGES] Landslide: the impression of replaying... 9 The modest architect of a dynasty 10 The English bulldog suffers from the mouth making... 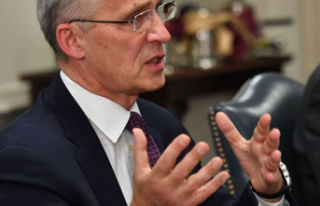