Boxing to get away from gangs

Determined to help young people who flirt with crime stay out of trouble, a Laval police officer has set up a boxing program so that they direct their energy into the ring rather than the street. 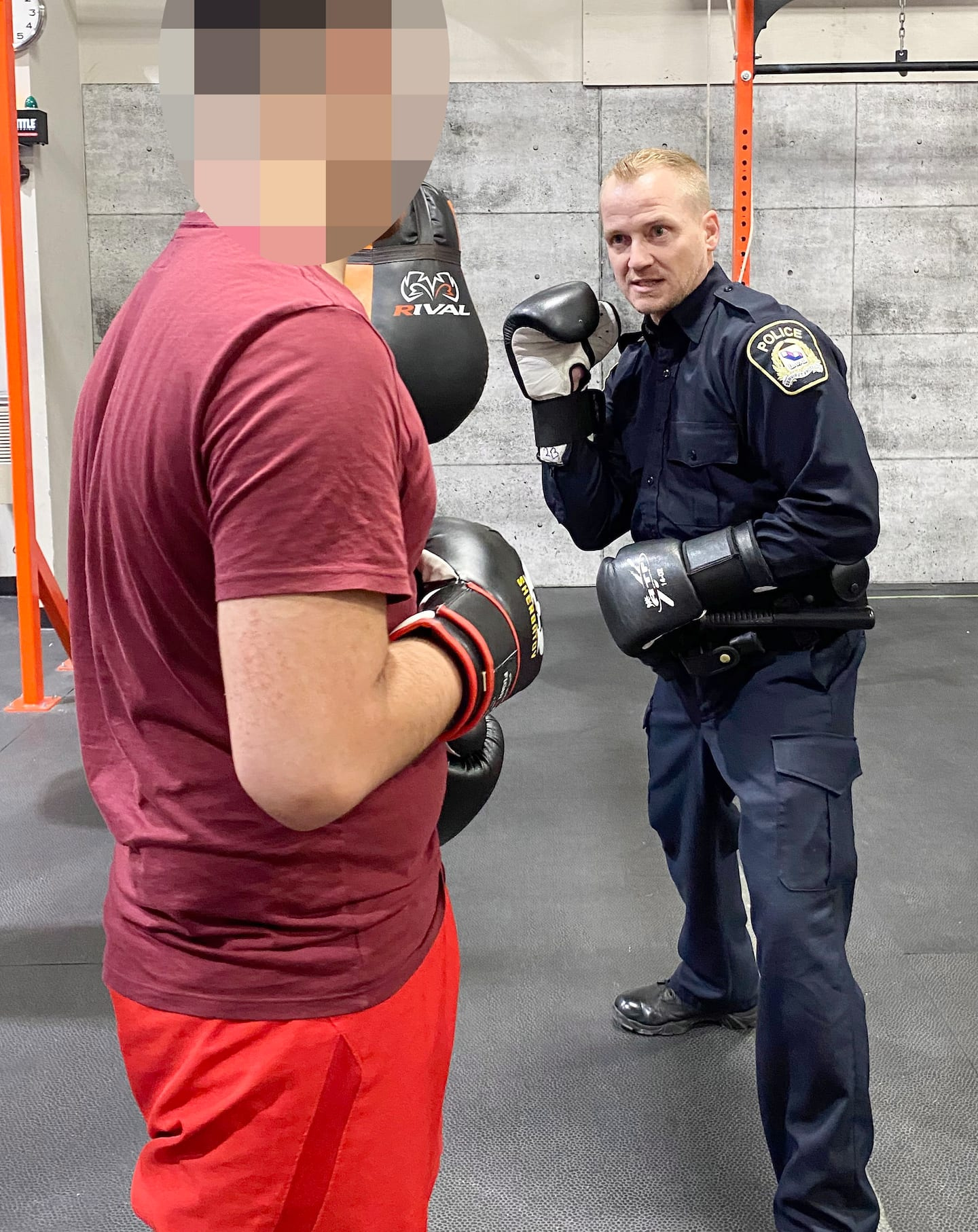 Determined to help young people who flirt with crime stay out of trouble, a Laval police officer has set up a boxing program so that they direct their energy into the ring rather than the street.

• Read also: Prevention Montreal: a program to fight against violence among young people

“We have to take care of them, that they have other role models than street gang members. While they're here boxing, they're not loafing around, or even making stupid decisions like shooting someone," agent Nicolas Blondin said when Le Journal met him in a gym surrounded by his proteges.

It was he who had the idea for this Boxing Project this summer, after the death of one of the young people he was trying to help. The boy was stealing vehicles and died in a car chase after one of his crimes.

"I knew him well, I saw him almost every day. I wish I had more impact in his life,” he said.

He then felt that the moment was crucial: the end of classes would soon ring and many young people would be left to their own devices for the summer season.

"We saw some likely to be recruited, because they go to school in an area where there are shootings, where we know that a street gang is established", exposed the police officer of the squad. prevention.

He then targeted young delinquents, or others at risk of becoming one. Keeping them busy has become a priority for him. Himself a boxer in his spare time, he offered them to get in the ring.

And to those who deplore the fact that kids are taught how to fight, Agent Blondin replies: “They already know how to fight! At least with boxing they develop good habits for life.

And above all, a control of their emotions.

“At first, we didn't know how it was going to be. Were they going to kick each other in the ring? In the end, we never had any problems,” explained Officer Blondin.

Despite the efforts observed over the past five months, he knows that some are still fragile.

"I know their temper. They might scrap their lives impulsively, not caring about the consequences,” he said.

Since the beginning of the project, important security measures have been put in place to avoid any incident. Two of the five police officers from the Laval police prevention squad are still present. One puts on the gloves and trains with the youngsters. The other officer remains in uniform and armed.

Patrollers also provide surveillance in the parking lot of the Laval gym, where young people train several times a week.

The project, headed by the Service aux jeunes (SAJ) project, aimed at young people at risk or affiliated with street gangs, and funded by the City of Laval, ended on December 15. But Nicolas Blondin hopes it will continue.

If at the beginning of the summer he managed to recruit 14 young people, he has now reached the maximum capacity of 40. Never has his relationship with young people been so good.

“Before that, when I passed a group of young people hanging out, they would piss me off. Now they surround me, talk to me, show me their latest music video,” he explained.

He also insists: this project is not a disguised intelligence operation. He wants to build a relationship of trust and help them. But young people are warned: if they commit a crime, he will have to act.

"If you flash me a video of you with a gun in your hands, I won't be able to close my eyes," he said.

“Before, I spent my free time hanging out in front of the pizzeria, in parks, on the street, wasting my time. »

Since taking up boxing, Karim (not his real name) feels better. Physically, but also mentally.

"Boxing taught me discipline and it also helped me in my studies," he said.

The 17-year-old vaped often. He has since quit, seeing the devastation this bad habit has had on his physical form.

He who was not too fond of the police before even thinks of becoming one later.

"They're there for us, not against us," the teen said.

One of his friends is aiming for the competition.

"I come here five or six times a week, I go to the gym. I have a goal, I want to fight. It's motivating,” he said.

"Before, if someone bothered me, I didn't hesitate to hit them. Now I am calmer, less aggressive. I learned to use my head more than my hands to defend myself,” he confesses.

The boxing coach at the Extrême Évolution gym tries to help these young people gain better control of themselves.

Gabriel Beausoleil remembers that at the beginning, they all wanted to prove themselves, had their chins raised, displayed a suspicious, even defiant air.

"But that's an invitation to take a hit." I taught them to develop confidence, to be ready, to see a situation coming,” he explained.

He finds it appropriate to let these young people exert themselves in a "controlled" environment, rather than testing themselves in a park, "where they risk getting irritated and it escalates".

For Geneviève Potvin, crime outreach worker for the Service aux jeunes (SAJ) project, it's also a great way to bond with them.

“Without this project, it would have taken me a year to get in touch with some of them in a park,” she explains. It is also a way for us to create a safety net for them. »

In addition, the project workers want the young people to remain anonymous, to avoid reprisals from rival groups, but also so that they are not ostracized, singled out as "vulnerable" young people.

1 Left alone in the forest by a smuggler 2 Lions win, Seahawks head to playoffs 3 Bills win for Damar Hamlin 4 John Rahm wins the first tournament of the season 5 Cassandre Prosper: a 17-year-old Quebecer in the NCAA 6 Bacteria that contribute to cancer 7 They liberate 3D from glasses 8 10 habits to adopt in 2023 9 Tips for raising a down payment for a property 10 A second look at the business world 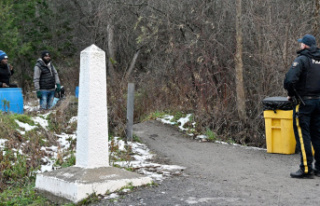 Left alone in the forest by a smuggler