What started out as a simple smart oven review might just turn into a real kitchen overhaul. 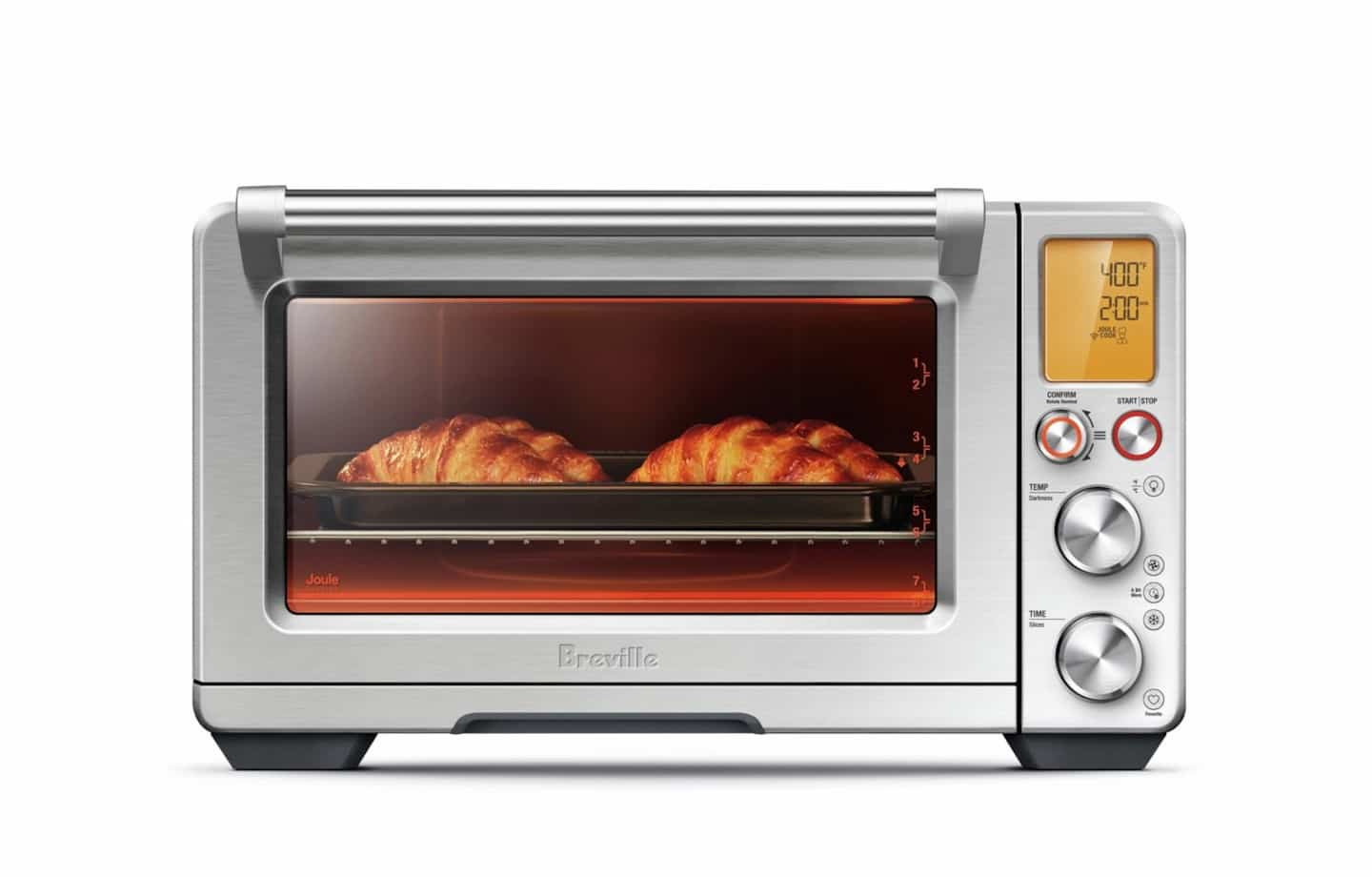 What started out as a simple smart oven review might just turn into a real kitchen overhaul. Here's why.

From the moment I learned about the Joule Oven (full name the Joule Oven Air Fryer Pro, but we won't call it that, anyway), I knew I had to the test. In 2017, in my review of the Joule Sous Vide Thermocirculator published when the device was launched in Canada, I confessed that this gadget had created in me an obsession with sous vide cooking, where food is packaged and cooked in the vacuum. water at a specific temperature. Five years later, I'm still hooked.

Breville's new oven (sold for $639.99) is the first Joule device to come out of this thermocirculator. It was time. Contrary to what one might think, however, the device is not dedicated to vacuum cooking. It's more of a Breville connected oven, with the app, some recipes, and some smart features developed by ChefSteps, the team behind the Joule Thermocirculator.

Technologically, the device is a fairly standard convection oven, where air circulates to speed up cooking and better distribute the heat. This one has a design that allows good air circulation and more efficient ventilation than a traditional convection oven. In practice, therefore, it can be used as an air fryer, a toaster oven, a normal oven, a dehydrator (since it can heat from as low as 80F) and more.

The device is quite big - you can actually cook a 14-pound turkey in it, according to Breville, but I find it hard to believe that the result will be successful - but still small enough to fit on a regular counter .

I've tried quite a few cooking apps over the past few years. The one from the Joule oven is my favorite so far.

This software is indeed often capricious. They constantly disconnect, they are not updated very often, and their usefulness is usually limited.

Here, this is not the case. The Breville application seems to be permanently connected to the oven (which is connected to the network via a Wi-Fi connection). If you preheat the Joule using the buttons on the device directly, your phone will vibrate when the temperature is reached, for example, even if it has not been used to start cooking.

I also liked the oven's autopilot mode, a program that automatically changes the temperature and cooking mode, such as raising bread, then baking it and browning it at the very end. In the rotisserie chicken recipe, the temperature and convection level vary constantly for almost four hours, to achieve perfect cooking. At least, that's the official claim. In practice, any Portuguese rotisserie makes the best chicken, but it's true that the quality/complexity ratio, this automatic cooking is hard to beat.

The app also offers a good choice of recipes (including vegetarian ones, like an excellent chimichurri cauliflower steak), with clear visual instructions and settings that can be changed as needed. Note that the oven can also be connected to a voice assistant to know, for example, how much time is left for cooking.

Are the smart features of the Joule oven revolutionary? No. But they are all well done. I usually never use apps that come with connected appliances. Here, I launch the Breville app every day to find recipes, control the oven, and get my alerts on my phone. It's a useful addition, and not just another gimmick to justify a hefty sale price (one doesn't exclude the other, though: the Joule oven retails for $800, but the regular Breville version, without Joule features, retails for $639).

Note also that even without the application, the various knobs and buttons on the side of the oven allow you to control it effectively, so you don't have to take out your phone to cook.

Is there room for improvement? Definitely. As for making a connected oven, I would have liked to have had a camera inside, for example, and I regret that it is impossible to know the current temperature of the oven (a surprising oversight). The screen on the side is also of questionable quality, and displays all the information at the same time if you look at it at an angle, like an alarm clock from the 1980s.

The Joule is smart, but is it a good oven? All the same.

It reaches its temperature quickly (preheating it to 400F takes about 4 minutes 45 minutes, for example, compared to 8 minutes for my usual oven), and it keeps it well. It offers 8 rack positions, which allows you to cook just about anything, and it comes with a multitude of accessories (pizza pan, rotisserie, air fryer pan, etc.).

I actually prefer to use this small oven than my regular oven. Cooking is faster, less energy is wasted (because you don't have to heat a huge cast iron pot) and it is more versatile. It is also easier to wash, since the bottom can be removed and is easily accessible. It also broils (the good old broil) fairly consistently over the entire surface of the dishes (it's not perfect, but it's no worse than with any regular oven).

For those who want to replace several appliances, note that the toaster function is only useful if you make several toasts at the same time (otherwise a conventional toaster is more efficient), but I had a lot of fun with the function of air fryer.

I actually made the best chicken wings of my life in this oven, following a ChefSteps recipe that came with the app. The secret: bread the wings with a mixture of flour and baking powder and cook them covered with aluminum foil at a low temperature, then finish them in vacuum frying mode. I then made a buffalo sauce (half butter, half Red Hot sauce) in which I coated the wings.

They were both juicy and crispy. Both with the sauce and plain, these were the best wings I have ever had. I talk about it to everyone I meet, and I count the days before repeating the recipe.

Note, however, that I'm not the biggest fan of air frying in general, and the Joule will never replace my air fryer for home fries and fried chicken. That said, for cooking store-bought fried foods (frozen fries, Pogo cheese, fried Gaspé clams), this cooking method works really well. Not only is the crispness perfect, but the cooking time is also reduced (Cavendish fries – the same ones used by a famous Montreal fried chicken restaurant whose name we will not name – only take 13 minutes to cook, compared to 20 minutes in a normal oven.

Here too, however, I have two caveats. First of all, the oven is smaller than a conventional oven. If you are cooking something large, the food may therefore be near the top element, and burn a little if you are not careful. If you have sugar in the dry marinade for your chicken, for example, the top may darken. This is also why I don't believe in cooking a 14 pound turkey in this appliance (I tried to find one to test, by the way, but without success) .

Another negative point, more personal, my large Le Creuset casserole dish does not fit in it, because of the handle on the lid. I could probably find a lid with handles on the side to solve the problem, but it's still annoying. Besides, for it to fit, I would have to put the grid in the lowest position. I don't worry about my cassoulet (one of the dishes I make in the oven in this casserole), since I cover the bottom with a large pork rind which prevents the mixture from sticking and wraps the meal in a mild pork aroma, but you can't put a rind in every dish either. Unfortunately.

I had set myself the goal of not using my regular oven during this test, to really push the Breville Joule to its limits. Two months later, I got there with no problem. Only once did I have to adapt a recipe, finishing the cooking of sausages on the pan since I needed more space in the small oven (in the long term, however, this problem could pay with the purchase of an additional rotisserie).

My convincing essay even prompted me to ask myself a question: could I replace my oven (which is reaching the end of its life and will have to be changed sooner rather than later) for good with this one?

The idea is not far-fetched. It's much more energy efficient to use the Joule than my big Kenmore, and I can do more different things with it. By making this change, I could also install an induction hob, and recover all the space formerly occupied by the interior of the oven. More space = more room for gadgets.

I do not believe that such a transition will be without a hitch. I bake cookies once a year. I will probably need to bake them in two groups with the petit four. I made last December for a group of friends two large dishes of gratin dauphinois as an accompaniment. Here too, I would have had to adapt by cooking only one, by cooking them separately or by opting for another recipe.

Many are repelled by such compromises. It's the "I'm going to buy an SUV because I have to go to a cabin with a gravel road once a year" mentality. Personally, adapting my menu twice a year to take advantage of the advantages of the smaller format the other 363 days seems like a good idea to me.

But maybe it will be more than twice, and maybe these compromises will be too big and too frequent. To be sure, I'm giving myself another year to try it out before I retire my big oven for good.

Plus, it'll give me the opportunity to try making a 14-pound turkey on Thanksgiving.

1 More than 80 people in court after gang rape in South... 2 The end of the care of a child in a vegetative state... 3 Series of flights on Myrand: the SPVQ ensures to be... 4 The Caisse in “exclusive negotiations” to acquire... 5 A new video instructor for the Canadian 6 Return of Maripier Morin: wave of support for Safia... 7 Kyiv says it has received new Western rocket launcher... 8 Putin: 'No winners in a nuclear war' 9 Nearly 60% of Quebecers do not believe in online reviews 10 National Bank Open: Félix Auger-Aliassime among the... 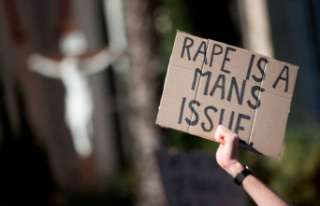 More than 80 people in court after gang rape in South...