British Open: a two-man fight to be expected

Rory McIlroy and Viktor Hovland took a serious option to win the 2022 British Open after the third round on Saturday in St Andrews, Scotland. 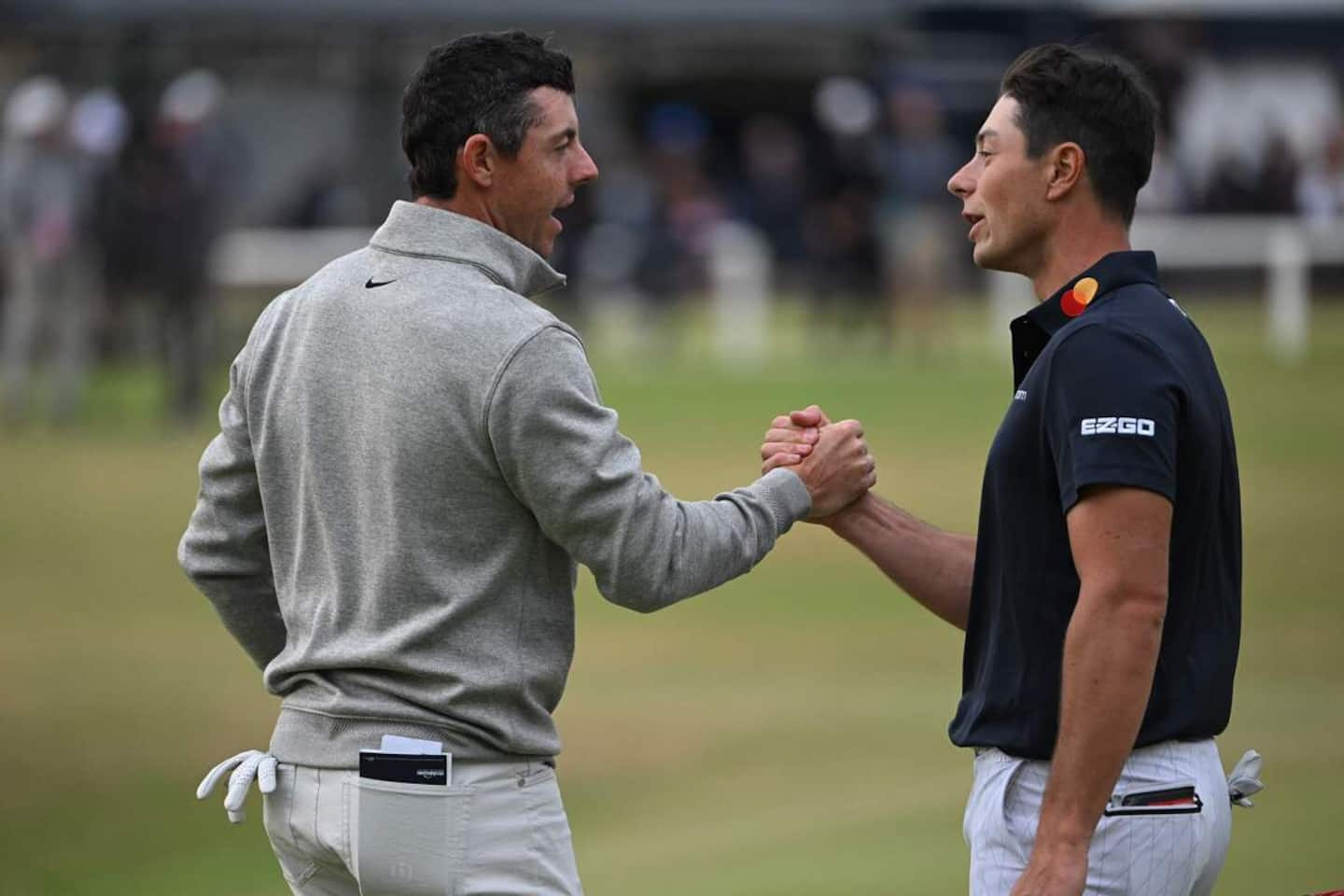 Rory McIlroy and Viktor Hovland took a serious option to win the 2022 British Open after the third round on Saturday in St Andrews, Scotland.

• Read also: Charles Barkley soon to be a golf analyst?

In the case of the Northern Irishman, he came very close to achieving a clear round during his outing of the day on the legendary Old Course. After 16 holes, McIlroy had wedged four birdies and an eagle. However, he stumbled at the 17th pennant, with a bogey, before recovering and finishing with a birdie.

For his part, the Norwegian was perfect, stalling six birdies in total, including four in a row between the third and sixth pennant.

The comeurs will thus begin the final round with a priority of four shots over their closest pursuers, the Australian Cameron Smith and the American Cameron Young.

However, the hits of the day went to Shane Lowry. The Irishman sent his tee shot on the ninth hole, a par 4, in the long grass near the green. Lowry, however, pulled off a little magic trick by making the ball disappear into the bottom of the cup on his approach shot. Lowry was not done, however. On the next flag, another par 4, he again drove his tee shot close to the green, but into the fairway this time. Once again, he nailed his approach to perfection, stalling a second eagle in a row.

It is also the first time since 2001 that a PGA player has achieved two consecutive eagles at the British Open. Phil Mickelson had then accomplished the feat.

Coming back to Lowry, the 35-year-old may not be in the title race on Sunday, but he could still hope for a good result, he who is tied for 13th place after 54 holes, nine shots behind the leaders. .

For his part, the only Canadian still in contention, Corey Conners, gave a third consecutive card of 71 (-1). He thus shares 48th position, with a cumulative of 213 (-3).

1 IndyCar: Colton Herta to start first in Toronto 2 Cargo plane crashes in northern Greece 3 Abortion of a 10-year-old girl: the doctor's... 4 Guinness record: nearly 500 Spyder-Rykers gathered... 5 LPGA: Kupcho and Salas triumph easily 6 CH: Mike Matheson, “a five-star human being” 7 The secret of love, health and money: choose success 8 Regardless of the pandemic, Boeing plans 82% more... 9 We are there: these young people who live without... 10 TV nostalgia: Anick Lemay, between Candy and Pippi... 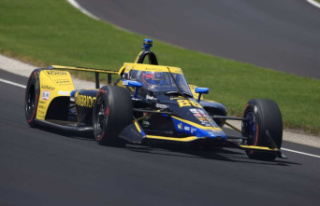