This is what former goalkeeper and ESPN network analyst Kevin Weekes said on his Twitter account on Tuesday.

To everyone's surprise, the Boston Bruins fired Cassidy last week. He had been in charge of the Massachusetts team since February 2017 and had maintained a record of 245-108-46.

Under his leadership, the “Oursons” reached the Eastern Conference final in 2019, the year he won the Jack-Adams trophy, awarded to the best head coach on the circuit.

For their part, the Golden Knights showed the way out to head coach Peter DeBoer last May. The Vegas club finished last season ranked ninth in the Western Conference, despite scoring 94 points.

In a press briefing after the announcement of DeBoer's dismissal, general manager Kelly McCrimmon said he felt his players needed "to hear a new voice".

"The decision was made based on next year," McCrimmon said. It was not taken in connection with the season we have just experienced.

1 Blue Jays without Ryu for rest of season 2 Ukraine needs 'more heavy weapons', says... 3 Opioid overdose: high school students will learn how... 4 Charter of the French language: Simon Jolin-Barrette... 5 Possible return from Brayden Point 6 Floods, fires and heat waves: the United States grapples... 7 Zelensky and Trudeau talk about new Canadian military... 8 To keep their spirits up, some prefer to avoid the... 9 [IN IMAGES] Landslide: the impression of replaying... 10 The modest architect of a dynasty 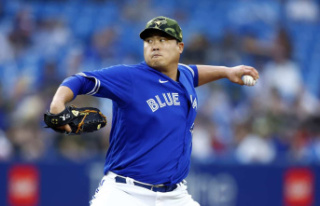 Blue Jays without Ryu for rest of season