Calviño announces a reduction of 5,000 million in the public debt issuance of the Treasury for 2022 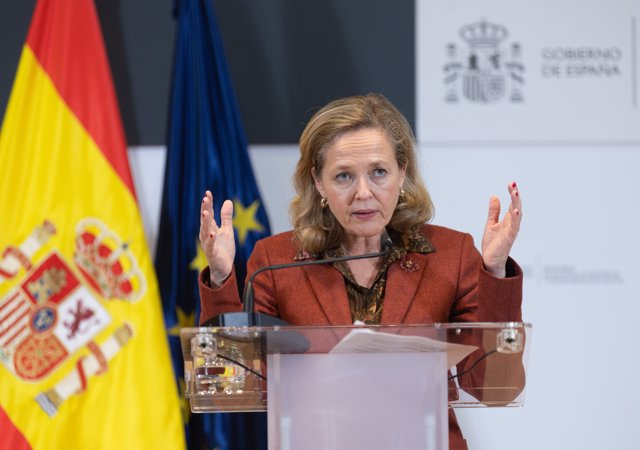 The last auction of the year, scheduled for December 15, will be eliminated

The First Vice President and Minister for Economic Affairs and Digital Transformation, Nadia Calviño, announced this Thursday the decision to reduce the planned issuance of public debt for 2022 by 5,000 million euros, with which the net issuance of debt this year by the Treasury will be approximately 70,000 million euros.

In statements to the media after meeting with the European Commissioner for Financial Stability, Financial Services and the Capital Markets Union, Mairead McGuinness, the first vice president has advanced that Spain's financing needs will be reduced by these 5,000 million euros for this year thanks to the "prudence" of the Government's estimates and the favorable evolution of tax collection.

In this way, the financing finally issued by the Treasury will be 70,000 million euros, instead of the 75,000 million originally planned, while the gross issuance will drop to 232,507 million euros.

As reported by the first vice president, more than 96% of the issuance calendar of the Treasury financing program for 2022 has already been executed.

This reduction in financing needs will lead to an adjustment in the scheduled issuance calendar, with the suppression of the last debt auction scheduled for this year.

"This is very good news that demonstrates the confidence of the financial markets and international investors in the Spanish economy and in our economic policy", stressed the Minister for Economic Affairs.

According to Calviño, the indicators --in terms of risk premium and interest rate--, as well as the high participation of foreign investors in Spanish issues confirm "week after week that investor confidence, which is "so important" in a turbulent international context.

All this, in an environment of normalization of monetary policy by the European Central Bank, which is no longer making positive net repurchases of Spanish debt.

"The Treasury of the Kingdom of Spain has maintained strong access to the capital markets, with solid and diversified demand, a high participation of international investors and a risk premium currently below 100 basis points, in line with the period preCovid", Nadia Calviño's department highlighted in a statement.

Likewise, he stressed that the "anticipation work and good management" carried out by the Treasury in recent years is allowing, despite the rapid increase in interest rates in 2022, financing costs to remain "at levels contained in historical terms".

Thus, the cost of the total debt as a whole remains at levels similar to last year, 1.68%, while the average cost of the debt issued this year stands, in the absence of the auctions to be held in December, at 1.19%, according to the Economy.

Likewise, he stressed that a "significant effort" has been made to maintain the average life of the debt, which currently stands at 7.9 years, which increases resistance to rising interest rates and reduces refinancing risks. .

This will allow, according to Economía, to keep the interest burden on GDP stabilized in the coming years at around 2.2%, and the average life at current levels, reinforcing the long-term sustainability of the Spanish public debt.

On the other hand, Nadia Calviño's department has indicated that the investment base has continued to increase and diversify, thanks to the "fluid and intense" dialogue with investors and the issuance of new financing instruments, such as green bonds, with an issue of 3,207 million euros in 2022 and a total of 8,207 million euros under the program.

The reduction in financing needs will entail adjusting the auction calendar and not calling the last one scheduled for December 15. To date, 96% of the total financing volume has already been completed.

By 2023, the Government has ensured that it will once again start from a "prudent" estimate of the net financing needs of 70,000 million euros, which allow different scenarios to be accommodated and provide flexibility to the Public Treasury's issuance policy, which will publish, As every year, at the beginning of January the Financing Strategy for the new financial year.

SOME BUDGETS MARKED BY "PRUDENCE"

Lastly, the vice president took advantage of her appearance to highlight the approval of the 2023 General State Budget, for which Congress is expected to give the 'green light' this afternoon with “broad” support in parliament.

According to the minister, this is a "fundamental" milestone to be able to continue deploying next year the reforms and investments linked to the European funds 'Next Generation EU' and meet the objectives of fiscal responsibility

"These Budgets are marked by prudence and fiscal responsibility. Last year, Spain met its objectives to reduce the deficit and debt to GDP ratio and this year we will meet them again," said the government's economic officer. 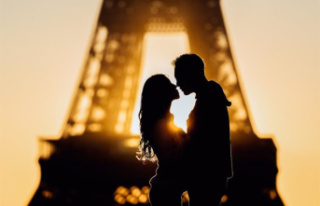