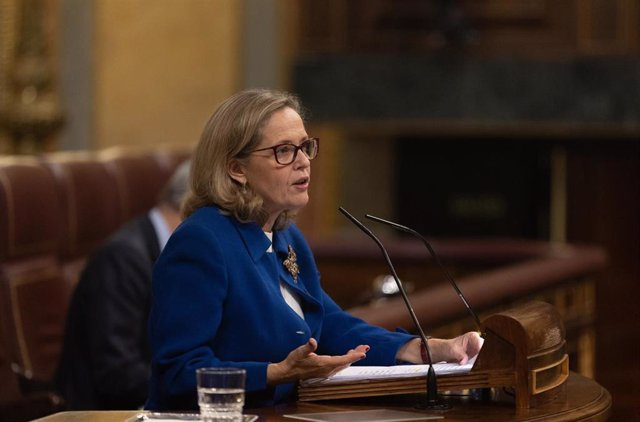 The First Vice President and Minister of Economic Affairs and Digital Transformation, Nadia Calviño, has warned that financial stability "should not be taken for granted" and has advocated taking measures that anticipate the possible materialization of risks, as is the case of the agreement to alleviate the financial burden of the mortgaged.

Calviño has participated together with the European Commissioner for Financial Stability, Financial Services and the Capital Markets Union, Mairead McGuinness, in the event 'Key topics for financial stability in Europe', organized by the Elcano Institute.

During his initial speech, Calviño stressed that financial stability can never be taken for granted nor should one become complacent.

In this sense, he has pointed to the need to take actions and measures in advance in the current context of crisis, instead of reacting after the fact. "When you react, you are already too late," she has warned.

Thus, he has ensured that the Government of Spain has acted since the beginning of the energy crisis, putting pressure on the European Commission as much as possible and trying to be "quick and ambitious" to anticipate the materialization of risks.

By way of example, the vice-president referred to the agreement in Spain on relief measures for vulnerable mortgagees and those at risk of vulnerability due to the rise in the Euribor, approved on Tuesday by the Council of Ministers.

In any case, Calviño has assured that the Government is not concerned about any macroeconomic risk in this regard. "At the moment there are no signs of a significant increase in non-performing loans, so this is not due to macroeconomic concern, but we have to anticipate the potential impact on Spanish families of the upward revision of interest rates, especially in the first half of 2023", he stated.

In his opinion, the agreement on mortgages is "a great example of the convenience of acting in advance and not reacting when it is too late", a vision that he considers necessary to face possible risks.

The European Commissioner for Financial Stability has agreed with the Spanish minister that financial stability has been maintained "for the moment". "I'm not worried about what I see, but what I don't see and don't know yet. That's what keeps us awake at night, even if we need a good night's sleep to face the challenges," she said.

One of these challenges is, according to McGuinness, the capital markets union. In this sense, he has pointed to the need to complete the banking union to strengthen the European banking system.

Likewise, he has referred to the need to restore confidence in the financial system, which was "destroyed" during the financial crisis.

On the other hand, both Calviño and McGuinness have reflected on the need to regulate the cryptoactive industry at a European level.

"They did not want to be part of the regulatory space, they wanted a world parallel to that of financial regulation. That is a science fiction idea, because money, if it is not regulated, can last a long time. It must be regulated and we must be aware that there are many stories of victims of this," said the European commissioner.

For her part, the Spanish vice-president has highlighted that Spain has already incorporated some aspects of the future regulation on crypto-asset markets (MiCA, for its acronym in English) into Spanish regulations and has advocated not ignoring the phenomenon of crypto-assets to make be "as safe as possible".

PROVIDE "CERTAINTY AND CONFIDENCE" TO THE MARKETS

In another vein, from the perspective of the Spanish Government, the Government's economic officer has reaffirmed that the Executive is absolutely committed to reinforcing trust, an intangible that has allowed Spain to have Budgets for the third consecutive year.

"The importance of political and macroeconomic stability should not be underestimated: doing what is said and saying what is done, as we have been doing since we took office in 2018", the vice president emphasized.

According to Calviño, this provides "certainty and confidence" to the financial markets, something to which the deployment of the Recovery, Transformation and Resilience Plan also contributes, an "unprecedented" instrument that is an example of European solidarity.

This Plan financed with European funds 'Next Generation EU' has contributed to the evolution and resistance of the Spanish economy, as well as the "extraordinary behavior" of the labor market, the dynamism of consumption and the promotion of public and private investment .

In fact, the latest forecasts published by different national and international organizations regarding the growth of the Spanish Gross Domestic Product (GDP) in 2022 have been revised upwards and place Spain as one of the countries that will grow the most in 2023 within the euro zone. .

1 BBVA and Endesa X Way join forces to install electric... 2 Montero predicts 188 supports, including ERC, "for... 3 Calviño announces a reduction of 5,000 million in... 4 STATEMENT: Men use online dating websites for speed... 5 RELEASE: Spanish Consultant Jesús Porras Appointed... 6 STATEMENT: Parkimeter closes an agreement with Parkia,... 7 The price of gasoline falls by 1.12% and diesel falls... 8 ANNOUNCEMENT: 25 large companies are coming to the... 9 RELEASE: Black Friday reaches the world of CBD in... 10 The Ibex 35 boosts 0.68% in the session and is close... 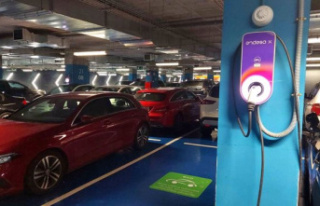