Calviño expects that by early 2023 Spain will have received a total of 37,000 million European funds

He expects inflation to remain at the level of October (7. 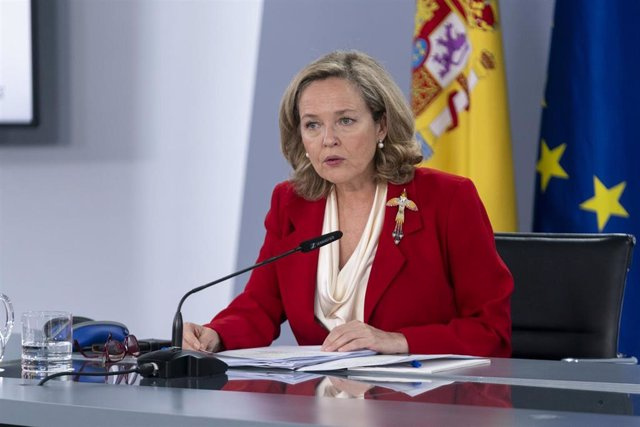 He expects inflation to remain at the level of October (7.3%) until the end of the year and that food prices will also moderate

The First Vice President and Minister of Economic Affairs and Digital Transformation, Nadia Calviño, expects that by the beginning of next year Spain will have received a total of 37,000 million euros from transfers of European 'Next Generation EU' funds, after the recent request of the third payment of resources amounting to 6,000 million.

The economic head of the Government reported this Tuesday after the meeting of the Council of Ministers on the evolution of the Recovery, Transformation and Resilience Plan, highlighting the "strong acceleration" of budget execution by the General State Administration this year.

Specifically, as of November 9, 2022, 80% of the total credit budgeted for 2022 has been authorized, while 60% has been committed and recognized obligations exceed 50%.

In addition, the first vice president has pointed out that more than 19,000 million euros have been transferred to the autonomous communities and investments have already reached "cruising speed", with calls for tenders and works for more than 2,000 million euros per month from both the State as well as the Autonomous Communities.

Looking ahead to the coming months, the Government's financial officer has stated that the second phase of the Recovery Plan is being prepared, which is the addendum with which it is intended to mobilize the 7,700 million euros of additional transfers assigned to Spain and the 84,000 million euros of loans.

The objective of the Executive is to reinforce with these resources of the addendum those Strategic Projects for Economic Recovery and Transformation (Perte) with a greater impact and above all that contribute more to security and strategic autonomy in the energy, agri-food, industrial, technological and digital.

At a press conference, the first vice-president also took stock of the country's economic situation, highlighting that all the indicators show that the Spanish economy is registering "strong growth" in 2022. In fact, she reiterated that "everything points" to that the Gross Domestic Product (GDP) will grow this year above the 4.4% previously forecast by the Executive.

"All international organizations are revising growth forecasts for Spain upwards and placing us above the EU average in 2022 and 2023", highlighted the first vice-president.

In addition, Calviño has pointed out that the synthetic activity indicator shows that this positive path of the economy is maintained up to now, "even in an international context of maximum uncertainty" due to the war in Ukraine, geopolitical tensions, inflation, the normalization of monetary policy on both sides of the Atlantic and disruptions in global supply chains.

But Calviño has recognized that the main challenge for the Spanish economy at the moment is inflation and has pointed out that, although energy continues to be the fundamental factor that determines the evolution of prices, the weight of this component has been reduced as processed foods and industrial goods, which are what make up underlying inflation, took over.

Calviño has referred to the data published today by the National Institute of Statistics which, in his opinion, confirm the "strong containment" of inflation, which has been reduced by a third since the peak in July, standing at 7.3%. in the month of October.

"The fall in Spain contrasts with the upward trend in the rest of Europe and in October it became the country with the second lowest inflation in the euro zone", the minister emphasized.

In this sense, Calviño expects inflation to remain in Spain around this level until the end of the year and to resume its downward path in 2023.

In addition, the vice president has also hoped that food prices will begin to fall and thus be reflected in the underlying, which is "somewhat behind" compared to the general index. That said, he has indicated that the VAT tax rates are already "particularly low" for some foods and that the most important thing is to support the income of families, as the Government is doing, especially the most vulnerable, who are the ones who most may be affected by rising food prices.

The minister has also highlighted the behavior of the labor market, with affiliation to the Social Security that is at historical record levels, a positive trend that "is maintained so far in November" - on Thursday the inclusion minister will give the advanced data--.

Thus, it has emphasized that there are more than 20.5 million employed workers, the highest figure since 2008, and a historical record of 23.5 million active people -working or actively looking for a job- has also been reached.

In addition, it has indicated that the good evolution of the labor market is having a very positive impact on economic stability, since it cushions cyclical fluctuations and increases tax revenues and also Social Security revenues, thus reinforcing the public pension system .

Another differential factor in the current cycle, according to Calviño, is the current account balance of payments surplus, which is maintained even in this complex international context of economic slowdown. In the case of the tourism sector, the vice president has highlighted that it is approaching the levels of 2019 -a record year- and registers a positive trend that is also extending in the autumn.

In fiscal matters, Calviño has defended the temporary taxation for energy companies, banks and large fortunes, and has reiterated his rejection of the "race to the bottom" in the field of taxes, since it ends up "impoverishing everyone".

"Spain has spoken out against this downward tax competition at the international level and the same happens with competition between the territories of our country", Calviño reiterated, after adding that this only entails the "dismantling of public services" .

Thus, he has affirmed that the Community of Madrid is a "paradigm example" of the consequence of these fiscal policies, "which are not only unfair, but also irresponsible". 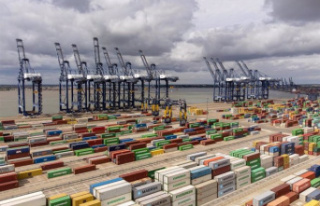 The eurozone registers a trade deficit of 34,400 million...