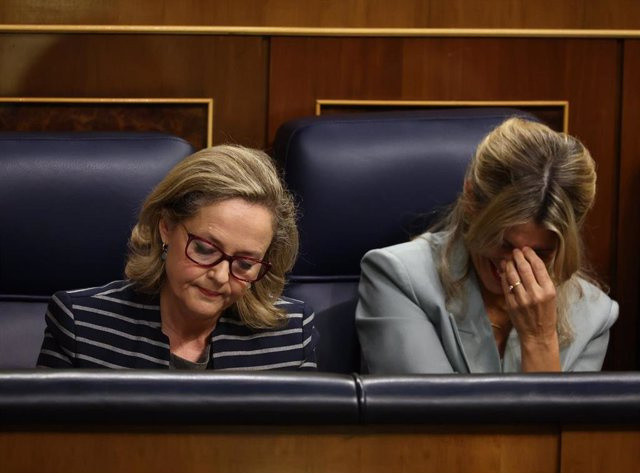 The First Vice President of the Government and Minister for Economic Affairs and Digital Transformation, Nadia Calviño, stated this Wednesday that freezing variable-rate mortgages for one year, as United Podemos has requested, may "sound very good", but it would be " unfair" for those who have a fixed-rate mortgage and would "unnecessarily" damage financial stability and bank balance sheets.

"Some ideas may sound very good, but (freezing variable mortgages for one year) is a measure that would have a negative impact on financial stability and bank balance sheets and it would be unfair, because there are families that do not need it," stressed the first vice president in statements to Antena 3 collected by Europa Press.

Calviño responded like this when asked about the statements by the second vice president, Yolanda Díaz, who yesterday recalled that the measures adopted to alleviate the mortgage burden on families affected by the rise in interest rates are "substantially improvable" and do not correspond to with what United Podemos had been asking for.

"There are many ideas that are going around and that may seem attractive at first glance. However, they do not meet the requirement of providing relief to those who need it and who can exercise damage or an automatic review of all variable mortgages in our country, which there are 3.7 million mortgages", Calviño insisted.

The first vice president has assured that the package of measures approved yesterday by the Council of Ministers "is the one that is needed at this time" and is the one approved "by the entire Government".

Asked if she is "exhausted" that from United We Can question measures that are approved by the Council of Ministers, as is the case of those adopted for mortgaged families, Calviño has assured that "there is no longer anything that tires her" after four years as a minister and facing a pandemic, a war and runaway inflation.

"There are days when I say that I am like the Duracell bunny; we must move on, because the challenges for the reality of Spanish citizens is what worries me and that is what moves me, trying to give effective answers and fair", he added.

Calviño has defended that all the measures adopted for mortgaged families "are articulated so as not to damage the mortgage market" and that credits continue to be granted, except to those who cannot pay them, in which case, he has said, they should not receive a bank loan.

The first vice president is confident that all financial institutions will join the measures adopted, together with CaixaBank, which has already expressed its willingness to apply them. "I trust that they pitch in and help the Spanish population in the face of the increase in mortgages and the cost of living," she stressed.

Regarding the extraordinary tax on banks that Congress will approve tomorrow, Calviño considers that it is a "proportionate" tax and that, given the benefits of the financial sector, there is room to introduce this tax, as in the case of the established for energy companies. "It is time for all of us to contribute so that the impact of the war is distributed fairly", he remarked.

1 Liberty Seguros transfers its death portfolio to Preventiva 2 RELEASE: Gregory M. Shumaker Becomes Eighth Managing... 3 STATEMENT: Devlon, a Basque company attends the Smart... 4 66% of small businesses in Spain accept digital payments,... 5 De Guindos asks to change the tax policy from 'whatever... 6 Goirigolzarri is committed to agreements with the... 7 Lateral will close this year with 17 restaurants after... 8 STATEMENT: Neta Auto launches the technological brand... 9 The Ibex 35 falls 0.14% and holds over 8,300 points... 10 El Corte Inglés, the first department store in the... 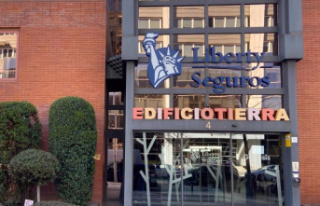