Calviño wants to reinforce the progressivity of all aid, but admits difficulties with fuel

He believes that the transport stoppage, if done, will be "limited" and considers the Brussels proposal on fiscal rules "balanced". 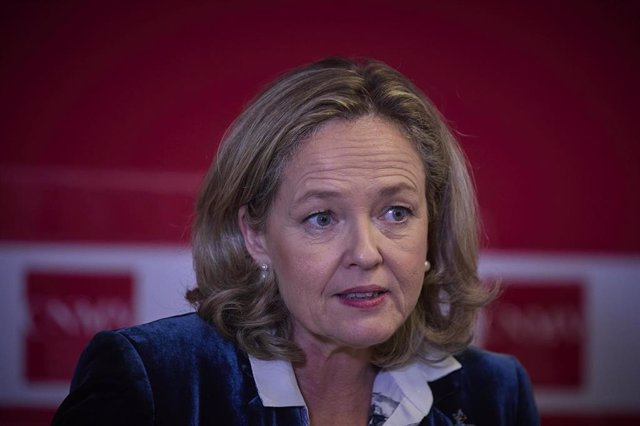 He believes that the transport stoppage, if done, will be "limited" and considers the Brussels proposal on fiscal rules "balanced"

The First Vice President of the Government and Minister of Economic Affairs and for Digital Transformation, Nadia Calviño, stated this Thursday that the Executive is "turning around how to reinforce the progressivity of the entire catalog of measures" that have been put in place to alleviate the pockets of families in the face of the consequences of the war.

However, he explained that, in the case of the fuel bonus of 20 euro cents, it is "difficult" to introduce this progressivity so that it especially benefits those who are most affected by inflation.

"We cannot ask the gas stations to request the declaration of income or the income of citizens or to discriminate by type of car beyond the large categories," Calviño pointed out, adding that progressivity has been a variable that has been present in the Government's measures "whenever possible".

The first vice president recalled that the Government is evaluating the measures whose validity ends on December 31, such as the fuel aid itself, to decide which are extended and which are not. And with regard to the fuel bonus, it is being analyzed whether it is maintained for all citizens or only for certain sectors, such as transport, given its "very important fiscal cost".

At this point, Calviño has recognized that this fuel discount has been one of the measures that has had the most impact to reduce inflation. "But we have to assess whether it is proportionate to have that help when what we are doing is subsidizing fossil fuels and the objective is to move towards more sustainable and clean transport," he told RNE in statements collected by Europa Press.

Precisely, the extension of the fuel bonus is one of the measures demanded by the transport sector. Just yesterday, Fenadismer asked for it again after unanimously ruling out supporting the indefinite strike called by the Platform in Defense of Transport.

In relation to this "patron strike", the vice president has celebrated as "good news" that the rest of the organizations in the transport sector are not going to support it and considers that, if it is not suspended, its monitoring will be "limited".

Calviño believes that there are no reasons to justify this strike in a sector that has received aid worth 1,400 million euros from all Spaniards and that has been "particularly loved, helped and supported" by the Government.

The first vice president has ruled out that the Executive is going to review the legislation that was approved for the sector and that is barely a few months old, but has been open to improving the functioning of the mechanisms already approved.

Calviño has underlined that inflation in Spain has already begun to fall and that it is doing so earlier than in the rest of the European countries, which will allow not only to alleviate the pockets of citizens, but also for companies to gain competitiveness.

With regard to GDP, the first vice president has recognized that it is in a slowdown process, but that it starts from "very high" levels of growth. In this sense, it is probable that the growth forecast for this year, of 4.4%, "has fallen short" in light of the data for the third quarter.

Looking ahead to the last quarter of the year, Calviño stressed that October "is going well" in the labor market, with the creation of more than 100,000 jobs. "And what we see is that, for the moment, the activity is maintained," he added.

"We are in a very complicated moment. Until the war ends we are in a situation of great uncertainty, but the fact that there is a complex situation should not lead us to be catastrophic or alarmist because we continue to grow and create jobs," he stressed.

On the other hand, regarding the proposal presented yesterday by Brussels for the reform of fiscal rules, the vice-president has valued it as a "good basis for work". "It is balanced, it responds to the role played by Spain and the Netherlands and it will help us to have adequate rules in each European country", she remarked.

Calviño has assured that the Government has made fiscal responsibility "a basic principle" of its economic policy, so that it has begun to reduce the deficit and the debt. "Last year we closed with a deficit of 6.8% of GDP. This year we are going to meet the 5% target and in 2025 we will be below 3%. We are going in the right direction," he stressed.

Asked about the PP's proposal to establish a debt ceiling per legislature, the vice president has indicated that what needs to be done is "lower the debt-to-GDP ratio", not put limits. 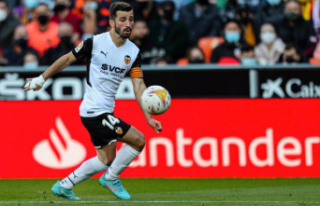 The European Justice confirms in appeal the annulment...