Max Verstappen will start from the lead position in the Canadian Grand Prix, which will be contested on Sunday afternoon. 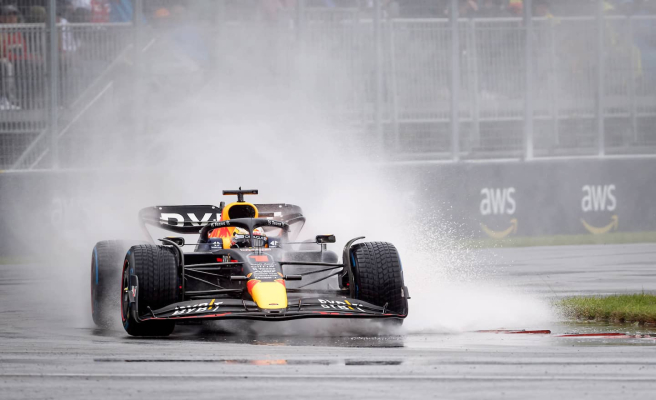 Max Verstappen will start from the lead position in the Canadian Grand Prix, which will be contested on Sunday afternoon.

At the wheel of his Red Bull, the Dutch driver covered the Gilles-Villeneuve circuit in 1 min, 21.299 s to overtake, not without surprise, the Spaniard Fernando Alonso (Alpine), who had not occupied the first row of an F1 starting grid for ten years.

Quebecer Lance Stroll only set the 18th fastest time and was eliminated in the first round of qualifying.

He will nevertheless gain a position on the starting grid due to the penalty (change of engine components) imposed on Charles Leclerc.

Both will also benefit from Leclerc's troubles to move up a rank.

Carlos Sainz Jr (Ferrari) and Lewis Hamilton (Mercedes) will share the second row when the red lights go out.

Started in the rain, this qualifying session also delighted the two drivers from the American Haas team, Kevin Magnussen and Mick Schumacher, who took fifth and sixth places respectively.

In his first appearance in Montreal, Schumacher achieved the best performance of his young career in qualifying, on a track where his illustrious father, Michael, climbed to the top step of the podium seven times.

Verstappen did the right thing by signing his second leading position of the season and his very first at the Gilles-Villeneuve circuit.

His two main rivals for the title race, his teammate Sergio Pérez (13th) and Leclerc, will have to work hard to ensure the response.

The Mexican made a costly mistake in the second round of qualifying, when he lost control of his Red Bull and crashed into a protective barrier.

We saw him try to engage reverse gear to leave his annoying position, but in vain. The marshals had no choice but to deploy a red flag to clear his racing car.

Pérez was trying to improve his lot by being one of the first to equip his single-seater with intermediate tires, but this strategy was not successful.

"I'm not expecting an easy race," Verstappen said at a press conference. I have to thank my team who made the right decisions at the end of the third qualifying round. »

The race line dried up five minutes from the end of the debates, which prompted the ten drivers who qualified in Q3 to put on their single-seaters with slick tires.

“I love this circuit, added the Dutchman, and his passionate fans. We have this feeling of driving in karting on the curbs. This is very fun. »

As for Alonso, the dean of the drivers on the grid, he confirmed his great form, he who had dominated the last free practice session a few hours earlier, on a completely wet track.

"My goal," said the 40-year-old Spaniard, "is to lead the race. I intend to attack Max from the first corner... It would be nice to dominate this Grand Prix. »

According to the most recent weather forecasts, spectators will be treated to fine weather on Sunday after having experienced a terrible day at the Gilles-Villeneuve circuit.

1 Canadian Grand Prix: Alonso, the surprise guest 2 Launched 50 years ago, the opus that gave birth to... 3 Here are 10 dads from our Quebec series 4 Vernon Subutex 1: Sex, drugs and rock'n'roll 5 Loud Lary Ajust has the last word at the Francos 6 A musical mass that is not flat at all 7 A tour that starts with a bang 8 Annie: from Broadway to Montreal 9 Here's why Amber Heard was sentenced more heavily... 10 Festival Québec Jazz: five concerts to see 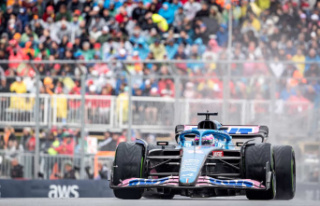