Twice, Jonathan Huberdeau had to helplessly resolve to support his mother in a battle against breast cancer. 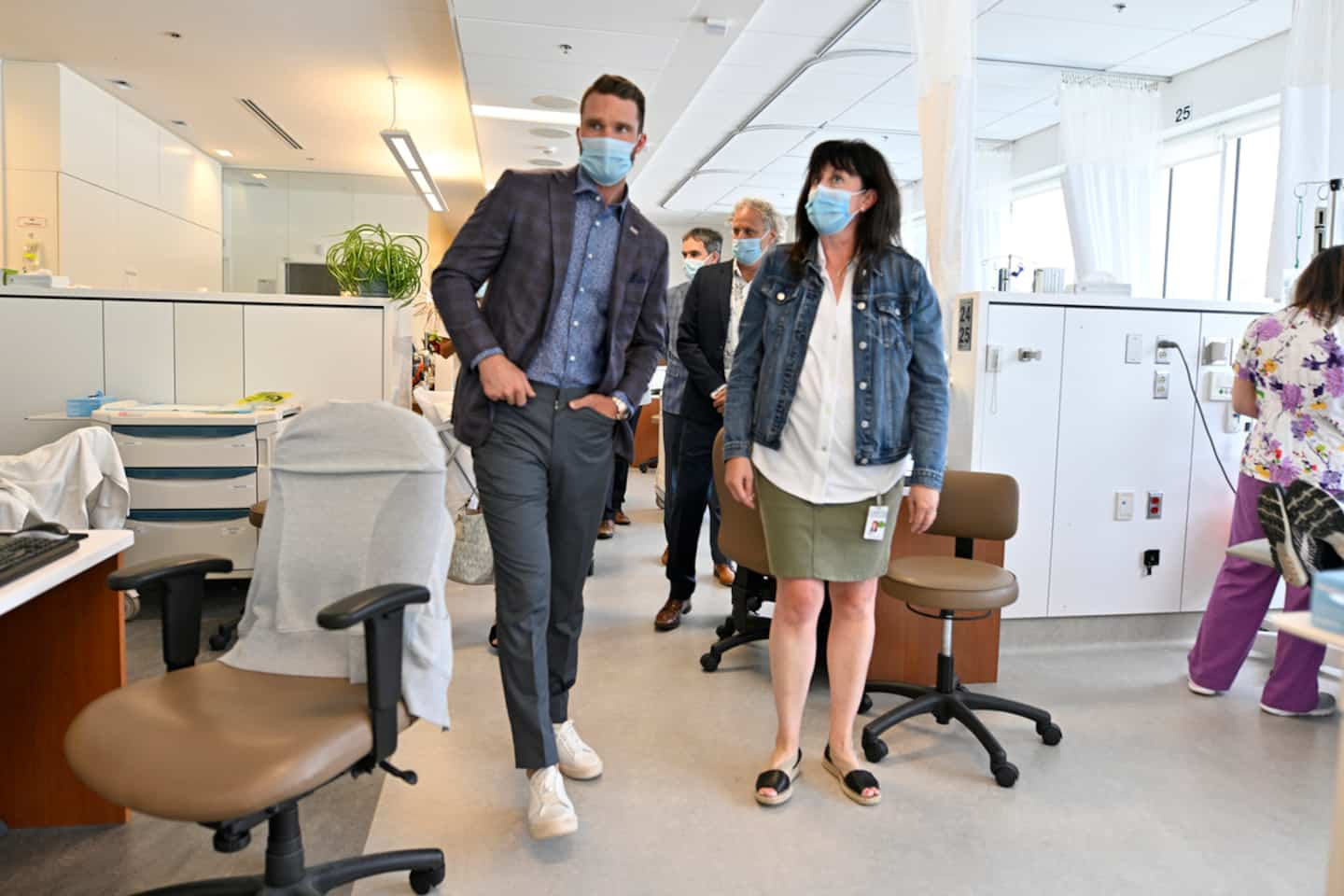 Twice, Jonathan Huberdeau had to helplessly resolve to support his mother in a battle against breast cancer. Today, he decided to take action by donating $25,000 to the Cité de la Santé Foundation to fight against the disease.

The Florida Panthers superstar was on Tuesday at the Laval Integrated Cancer Center (CICL), where her mother was treated, to meet people from the Foundation, specialists and a few patients.

For Huberdeau, who has also set up a golf tournament, the first edition of which will take place at Club de Golf le Mirage on July 11 and whose profits will be donated to the Foundation, it was important to see in person how the CICL works.

“This is the first time that I have been involved in this way in Quebec,” revealed Huberdeau, who said he was touched by the fact that two out of five Canadians will be diagnosed with cancer during their lifetime.

“I thought it was a good time to do it. I took my time and found something that went well with me. My mother's two cancers touched me a lot and it made me realize that I wanted to give back to a foundation."

Huberdeau therefore became the latest of many celebrities to give back to the community and it seemed only natural to do so, in his eyes.

“We are lucky to help people. I think that's why a lot of athletes or personalities do it. I think it's cool that people take the time to do that. We are busy and in high demand, but these are things that affect you.

One year at a time

After this visit, Huberdeau and the Cité de la Santé Foundation will turn to the golf tournament. This first edition will be hosted by Jean-Charles Lajoie, of the TVA Sports channel.

The goal this year is to lay the foundations for an annual event, even if, for the moment, nothing is confirmed for the next few years.

“This year, we wanted to focus on the first edition, so that it goes well and is a success. We go there one year at a time. It's to see how it will turn out."

Today in remission although his cancer was at stage 4 at the time of diagnosis, Mr. Duperron saw it as a sign of fate. Trained as a carpenter-joiner, he decided to reorient himself to become a nursing assistant.

"A bit like [Jonathan] Huberdeau who does it with tournaments and donations, I try to help in any way I can, and that's by lending a hand to the caregivers, who have helped me a lot. inspired,” revealed the young man on Tuesday.

Having met Huberdeau at the Laval Integrated Cancer Center (CICL), he is happy to see that the awareness campaigns are bearing fruit.

"It's very heartwarming to see that the cause is important to them," he said. Especially a player of the caliber of Jonathan, who has a lot of other things to think about. For me, that is exceptional.”

Since his Florida Panthers were eliminated by the Tampa Bay Lightning in four games in the second round of the Stanley Cup playoffs, Jonathan Huberdeau is in a good position to analyze the final. He expects the series to be close and to end in seven meetings.

The Quebecer believes that his rivals from Florida are far from being defeated in advance, even if they are trailing 2-1.

“Never count them as beaten,” he warned on Tuesday. The [New York] Rangers were leading 2-0 as well. This team does not give up. Looks like they like it, losing 2-0! The other team takes it more relaxed, telling themselves that it will be easy. And then they come home with the advantage of the ice.

"We'll see with game number 4. That's what's important: if they win, they come back to 2-2 and it's as if the series was 0-0. This will be an important game for Colorado.”

Without advancing on the identity of the eventual champions, since he did not closely follow the start of the final, Huberdeau believes that the recent successes of the Lightning could play in his favor.

"I haven't really watched the games. Colorado has a whole team, but it's still young. Tampa has the experience, they have won two Stanley Cups in a row. I think it's going to be tight. It will maybe go in seven [parts].”

The fourth game of the series will take place on Wednesday and will be broadcast on TVA Sports.

1 Toxic story of big lies 2 A little oxygen for Tampa 3 Memorial Cup: another victorious comeback for the... 4 NFL: Tony “Goose” Siragusa is no more 5 Bennedict Mathurin drafted in the top 10? 6 An opportunity to seize for Brian Harelimana 7 EOTTM: successful weigh-in for Erik Bazinyan and Steven... 8 Death of Maradona: eight health professionals will... 9 Igor Shesterkin in the footsteps of Henrik Lundqvist 10 Aaron Judge is ready for refereeing 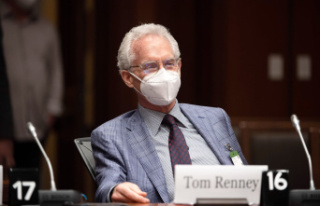