CAQ review: the game plan has been reviewed for 4-year-old kindergarten

At the heart of the CAQ's education program, François Legault even put his seat on the line for the promise to offer 4-year-old kindergarten to all children in Quebec. 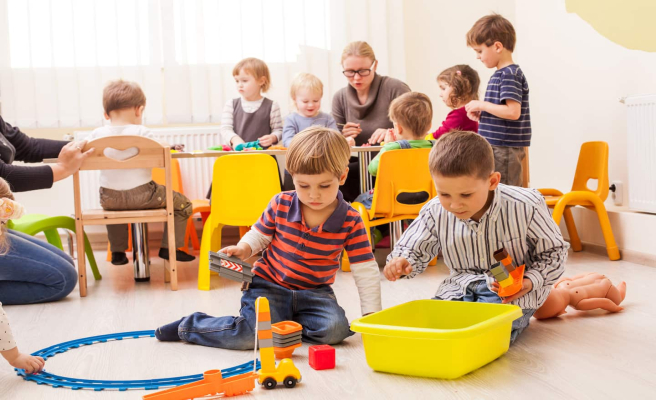 At the heart of the CAQ's education program, François Legault even put his seat on the line for the promise to offer 4-year-old kindergarten to all children in Quebec. But the game plan had to be revised due to the shortage of teachers, the lack of space and the high costs of building these preschool classes which are still not unanimous.

During the election campaign, the Prime Minister pledged to create 5,000 kindergarten classes for 4-year-olds during his term, a goal that was almost halved to 2,600 and pushed back two years.

A professor specializing in special education at Université Laval, Égide Royer is an ardent defender of 4-year-old kindergarten. He is fully aware of the lack of staff in the school network and the inflation affecting the construction sector, but he would have liked the deployment to be more advanced. At this rate, only 50% of 4-year-old Quebecers will have access to it in 2025.

Mr. Royer recognizes, however, that these preschool classes have had to face the wind since the election of the CAQ government. And the storm came not only from the opposition parties or the unions, but also from the scientific community. Psychologist and professor in the department of specialized education and training at UQAM, Christa Japel believes that schools are not currently adapted to accommodate 4-year-olds.

Several schools do not have a closed outdoor courtyard and many preschool classes do not have a toilet in the room, a real problem for several toddlers who are not yet completely clean at this age, he laments. she. Not to mention the teachers, very few of whom are specially trained to teach 4-year-olds.

“For children, it is the first experience in a school environment and if it goes badly, it marks the child and it has an impact on his motivation and his taste for going to school, she pleads. . Personally, I would prefer that the children stay in CPEs, we should invest more in CPEs”.

The speech has changed

Even within the CAQ government, the discourse evolved during the mandate.

When he came to power, François Legault predicted that preschool would offer better service than CPEs and daycares. “You have the choice between a daycare center with two-thirds of employees who are daycare technicians, or a 4-year-old kindergarten, teachers with the entire team of primary school specialists,” he said in 2019.

A few weeks ago, Minister Mathieu Lacombe said that CPEs have "nothing to envy to 4-year-old kindergarten classes".

The shortage of daycare places for toddlers has also made life difficult for the Legault government. The number of orphaned Quebec children in daycare has increased since the CAQ came to power. They are more than 50,000 on the waiting list.

If the CAQ is committed to creating a little more than 37,000 places by 2025 to complete the early childhood network, it will be necessary to hire more than 18,000 educators to achieve this, in the midst of a labor shortage. . The pandemic has not helped, as thousands of family child care providers have chosen to close their doors.

... and which always cost more

As promised, Minister Jean-François Roberge abolished school elections and transformed school boards into school service centres. However, these changes do not apply to the Anglophone network, which is challenging this reform in court on behalf of the autonomy of the minority of English-speaking Quebecers. A National Student Ombudsman will also be appointed by the government. This complaints mechanism for parents dissatisfied with the way their child has been treated will now extend to private schools and will be able to look into cases of sexual violence.

NO DATA ON POST-PANDEMIC DROPOUTS

It is difficult to paint a portrait of dropping out under the leadership of the CAQ and above all, to measure the effect of the pandemic on school dropout. The most recent data available on the number of young people leaving secondary school without a diploma or qualification dates from 2019-2020. In constant decline for fifteen years, the school dropout rate increased slightly between 2016 and 2019. When COVID-19 hit Quebec, 14% of students dropped out before the end of their studies, i.e. 11% girls and 16% of boys.

The CAQ's electoral commitments, the renovation of schools and the construction of new schools have not escaped the overheating in the construction industry. The Journal recently revealed that several new school projects have experienced significant cost overruns, some of almost 100%, caused by the exceptional context of the pandemic. Of just over 200 expansion or construction projects for new “beautiful schools” announced by Minister Jean-François Roberge, 14 have been completed.

1 CAQ review: the victory of the third way 2 Montréal tout-terrain: unicorns and kitties for BIXI 3 CAQ report: promises kept for the wallets of Quebecers 4 Buy local: Costco has an appetite for local products 5 After 4 years of CAQ: a “neutral” assessment in... 6 Grocery: the deals of the week 7 CAQ review: the slow mammoth of health 8 To fight against RONA, you have to hang on 9 The Blue Jays ruthlessly against the Tigers 10 CF Montreal: “We moved away from who we were” 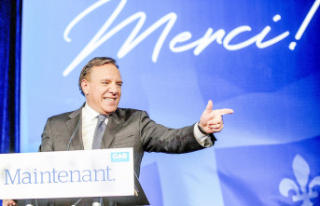 CAQ review: the victory of the third way