The government receives year after year between $5 and $6 billion a year in dividends from its main "cash cows". 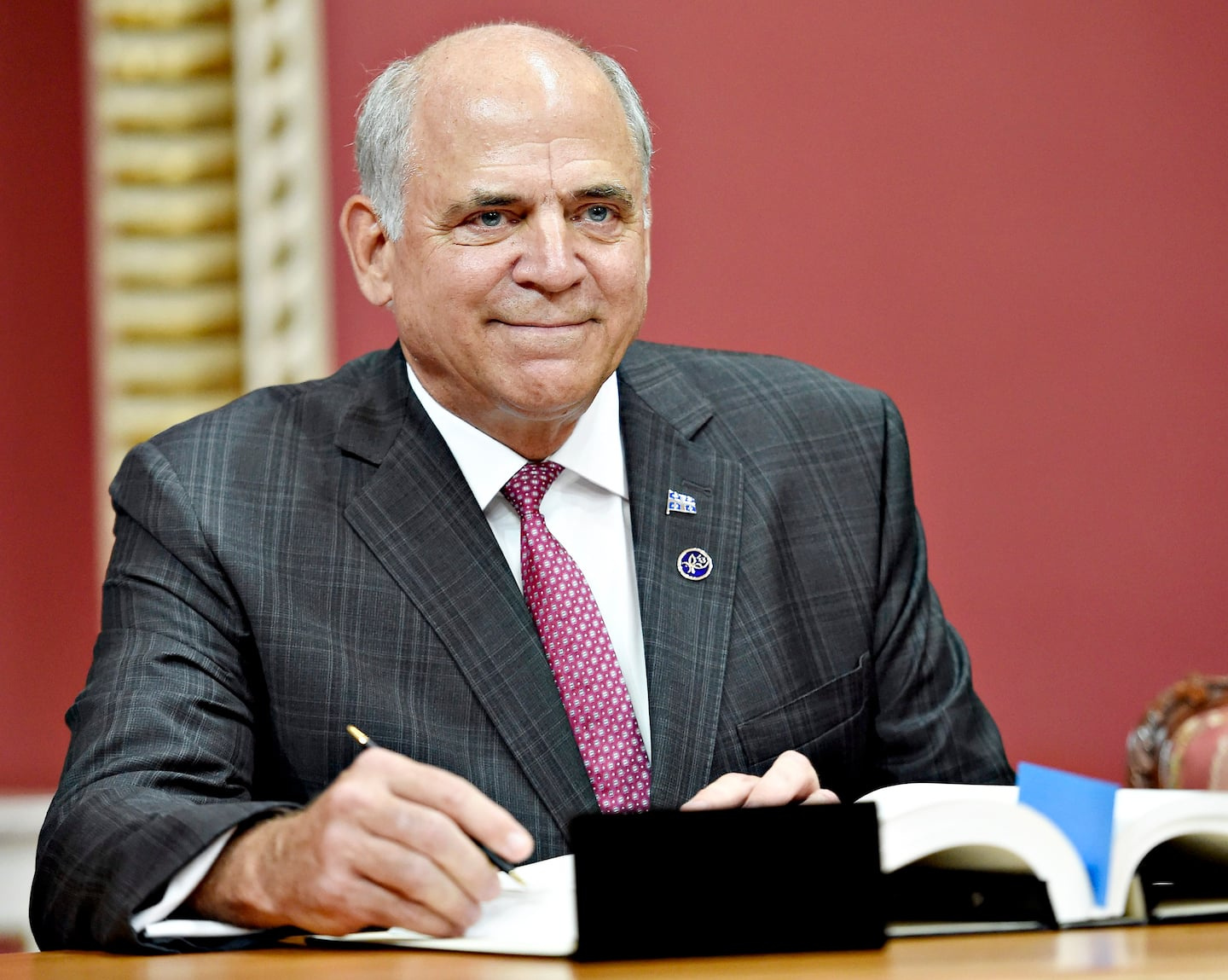 The government receives year after year between $5 and $6 billion a year in dividends from its main "cash cows". We are talking here about Hydro-Québec, the SAQ and Loto-Québec. The SQDC joined this herd in 2018. The best performance of government enterprises dates back to 2006-2007, when the harvest was $6.22 billion. But the current financial year could approach – and even exceed – this amount (the final results will not be known until early 2023). The Journal summarized the ups and downs of these state corporations in 2022.

Who remembers that the year began with the imposition of the vaccination passport at the Société des alcools du Québec (SAQ)? The measure only lasted a month and cost the state-owned company at least $1.27 million. A drop in the ocean of profits collected by the SAQ, which donated $ 1.35 billion to the Quebec state for its 2021-2022 fiscal year.

The ambitions are even greater for the current year: the check should reach $1.33 billion, as the government revised its expectations upwards by $44 million in its March budget.

Business is good for Quebec products. Sales are up and now represent 1 in 5 products sold, for a total of 146 million in the 2nd quarter, the results of which were published in early December.

The year 2022 also began when the labor dispute with the 800 salaried workers of the two SAQ warehouses as well as those responsible for delivering bottles to the various branches had just been settled.

The union fears in particular that the project to expand and automate its distribution center will lead to job losses. The SAQ is betting a lot on this project to improve its delivery times, which are still 3 to 5 business days.

Finally, the president and chief executive officer, Catherine Dagenais, is in her last months at the head of the SAQ.

At the end of a year marked by numerous labor disputes and the forced closure of its establishments at the start of the year, Loto-Québec seems to have good hopes of making up for lost time.

To hell with inflation

Despite the inflationary pressure on their wallets, Quebecers seem to have massively resumed their gambling habits. Casinos, gaming halls and gaming establishments have all shown enviable performances since the beginning of the year.

However, its CEO, Jean-François Bergeron, takes note of changes in consumer habits. Backed by new partnerships, it is transforming the experience offered in its establishments (events, shows, etc.); a way, it is believed, to rejuvenate its clientele.

In the same spirit, management is continuing its efforts to increase its market share in the world of online gambling, which is often illegal and undermined by organized crime.

Today, 25% of casino revenue comes from its online business. And online lottery sales have quadrupled in three years to almost 13% of its lottery sales today.

The competition there is strong, multiple, and often hidden, suggests its CEO. Nevertheless, he estimates, Loto-Québec would currently succeed in capturing "about 60%" of this lucrative online gambling market in Quebec.

Thus, barring the imposition of a new closure of its establishments by Public Health, Loto-Québec appears to be in a good position to reach its target of $1.4 billion in royalties at the end of the current fiscal year. Last year, its activities brought in $1.1 billion to the Quebec treasury.

If the SAQ wants to improve its delivery times and invests accordingly, it is quite the opposite with the Quebec Cannabis Society (SQDC). It would be possible to deliver cannabis to your home in less than 30 minutes most of the time, but the state-owned company forbids it for fear that Quebecers will consume more of it if its products are delivered too quickly.

This is also the modus operandi of the SQDC: fear that Quebecers consume more cannabis. The $75.7 million in profits it made in 2021-2022 went to the fund to finance prevention, research and the fight against cannabis-related harm.

After more than four years of existence, the SQDC estimates that it has captured 58% of the cannabis black market thanks to its 450 products offered in its network of 90 – soon to be 100 – branches… and online.

In October, during the formation of the new Council of Ministers, François Legault adds Energy to the already well-stocked portfolio of responsibilities of Pierre Fitzgibbon. Quebec announces that a committee chaired by Prime Minister Legault will decide on the main orientations of the Crown corporation.

However, a clash of visions is brewing between the current CEO of Hydro-Québec, Sophie Brochu, and Minister Fitzgibbon. The latter wishes to use the energy to attract foreign investors, while Ms. Brochu considers that Hydro-Québec must sell its hydroelectricity at fair value, particularly on foreign markets. Ms. Brochu even stated that Hydro-Quebec "must not become an electricity Dollarama".

The year 2022 has paid off for Hydro-Québec, which posted a net profit of $3.6 billion for the first three quarters, already more than all of its profits from last year. In 2021, these record profits had enabled the state-owned company to deliver to the government a historic dividend of 2.7 billion. We expect more this year.

Hydro-Québec's big coup in 2022 will certainly have been the purchase of 13 hydroelectric power stations from the American company Great River Hydro, at a cost of US$2 billion. Hydro thus set foot in New England, a market coveted by the state-owned company.

In December, Minister Pierre Fitzgibbon called on Quebecers to "energy sobriety". After years of surplus, new electricity needs could require adding up to 150 terawatt hours (TWh) to Hydro-Québec's capacity by 2050, estimates the government.

One of the solutions considered is to determine if a new dam is possible in Quebec. Hydro-Québec is currently evaluating several sites.

Debates are to be expected in 2023, because some find it absurd that Quebecers are invited to "energy sobriety" while Hydro has committed to selling 20 TWh to the Americans (almost the total production of the Manicouagan River), contracts that will take effect within 2-3 years.

Finally, the year ended badly for Hydro subscribers. More than 250,000 of them were left without electricity a few days before Christmas. In December, the auditor general had also underlined the poor performance of Hydro-Québec with regard to the reliability of its service and the growing number of outages year after year.

The Legault government is intervening to prevent electricity rates from rising, in 2023, at the same rate as the consumer price index, as provided for in Law 34, adopted in December 2019.

Federal, state and New York City authorities give the final green light to the largest contract in Hydro-Québec's history. The 25-year deal will generate revenues that could reach nearly US$30 billion (C$38 billion).

Hydro-Québec buys 13 hydroelectric plants in the United States for 2 billion US dollars (about 2.7 billion Canadian dollars)

The SAQ announces a price increase for 1,458 products offered in its stores and on its website. The average increase is 2.4%.

We learn that Hydro-Quebec has awarded $250,000 in contracts to Effect A since the appointment of Sophie Brochu as head of the Crown corporation. Effect A, which offers training to help women break the glass ceiling, is headed by Ms. Brochu's spouse.

A former Hydro-Quebec employee, Yuesheng Wang, 35, hired in early 2018, is arrested for spying for China.

1 RELEASE: The hidden treasures of Bergamo and Brescia... 2 Saint-Hyacinthe: A fire destroys a building 3 The CPI moderates in December to 5.8% for electricity... 4 Spain will ask passengers from China for a negative... 5 Telecom rates, stamps, highway tolls, gas and cars,... 6 Ukraine says it repelled Russian drone attack overnight 7 Japanese architect Arata Isozaki dies at 91 8 Burma: total of 33 years in prison for Aung San Suu... 9 Quebec: A suicidal man barricades himself 10 Quebec: Ongoing investigation into a vehicle fire 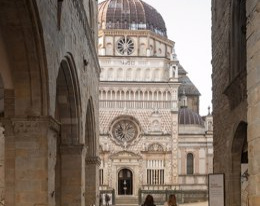 RELEASE: The hidden treasures of Bergamo and Brescia...