Cédrika, 15 years later: her sister gives herself the right to be happy

Fifteen long years have passed since the disappearance of her little sister Cédrika, but Mélissa Fortier-Provencher is just beginning to allow herself to live and be happy. 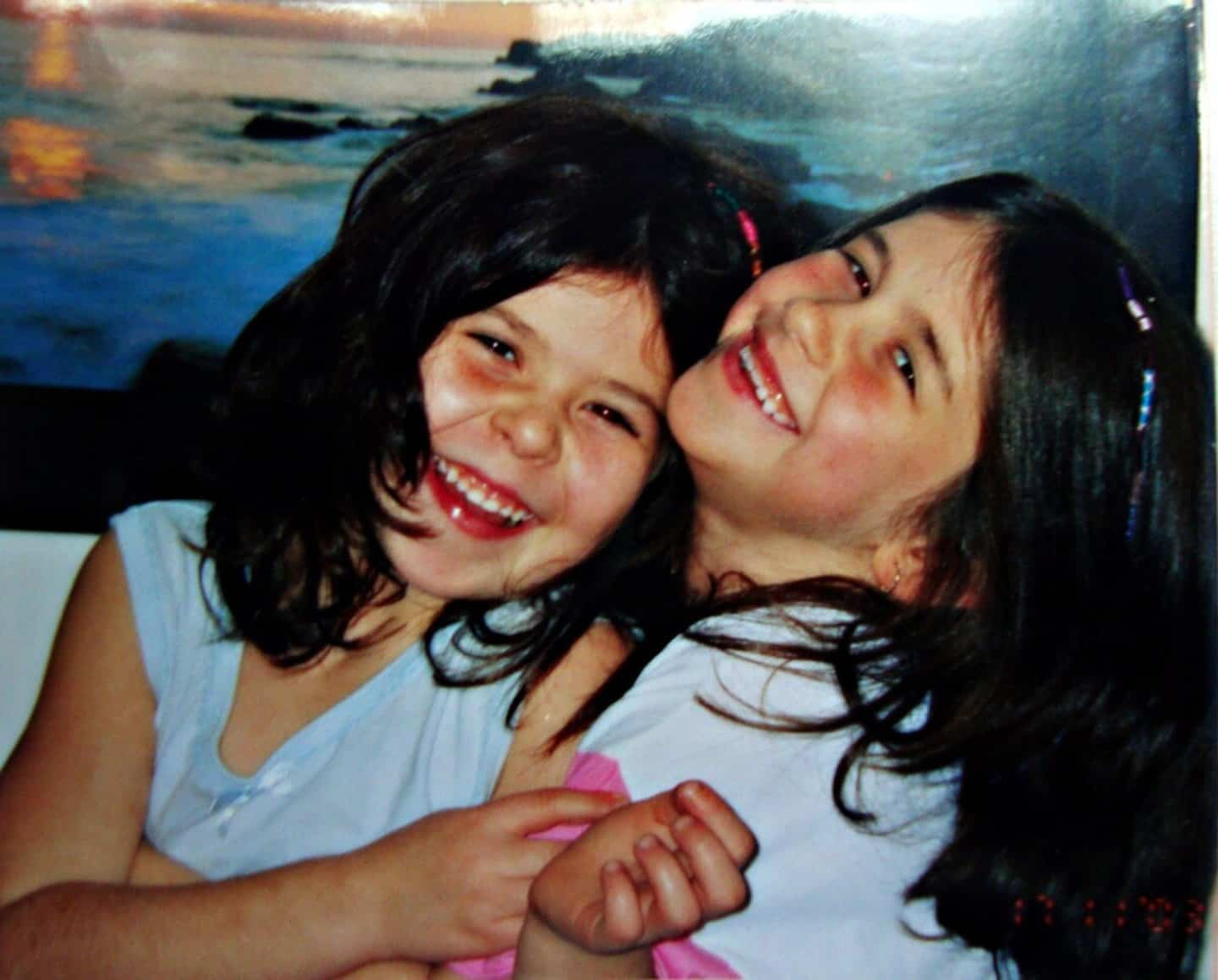 Fifteen long years have passed since the disappearance of her little sister Cédrika, but Mélissa Fortier-Provencher is just beginning to allow herself to live and be happy.

• To read also: Cédrika, 15 years later: she has never been forgotten, despite the passage of time

“It came with my daughter”, confides the young mother, who finds the happiness of no longer being anything but “Cédrika’s sister”.

Already 15 years have passed since the disappearance of Cédrika Provencher, an event that will have marked the whole of Quebec.

Abducted on July 31, 2007, the little girl who was 9 years old at the time will not be found until December 2015, in a wooded area about fifteen kilometers from the place of her disappearance.

But despite all these years, her big sister, Mélissa Fortier-Provencher, is just beginning to give herself the right to live, thanks in large part to 2-year-old Emy-Jade.

"I've always had a hard time being happy. I always said to myself that I had no right, because of what had happened to my sister, ”says the 26-year-old woman with emotion. My daughter saved my life, it's a gift."

In the mischievous little eyes of her little girl, Mélissa sees Cédrika every day. The resemblance, both physical and personality, is striking.

“She has the same big cheeks that my sister always got pinched. She also has the same little curls that turn red in the summer sun,” says the young woman with a nostalgic smile. "I also see his joie de vivre, his innocence, his character, it's all there."

A heavy weight to bear

But Mélissa Fortier-Provencher refuses that her daughter bears the burden of looking like Cédrika as she has had to bear it for 15 years.

“It was very difficult to be the sister of Cédrika Provencher”, she admits frankly, still moved by plunging back into these difficult memories.

She says that she felt compelled to live life to the fullest and succeed in what Cédrika, her “half”, had not had the chance to undertake. And there was also the guilt of not having been able to protect his little sister, which many ill-intentioned people tried to make him feel (see other text).

“Did I make peace with it? Yes, but not completely. It’s years of therapy to get there.”

If she says she is happy today with her family life and her career as a childcare educator, Mélissa Fortier-Provencher admits that the mourning of her sister can never really end as long as the uncertainty about what happened to him will persist.

The discovery of his body, in December 2015, will have brought no answer, except for the heartbreaking confirmation that there was no longer any hope.

“Until then, I believed it, because you can't bring yourself to believe that your child or your sister is dead when you don't know. I had the feeling of abandoning it if I stopped believing in it, ”she sighs.

“But when we got the body, I only understood that we had no answers,” drops Mélissa.

Today, she wants to know more than ever, so she can make peace with what happened to Cédrika and keep moving forward.

“I need to know what happened and someone to be charged. Someone lives their life free after taking my sister's. It's disgusting," sighs the young woman.

“He was my other half. I realized that if I did things when I was little, it was because she pushed me. I was the big sister, but it was like the roles reversed, she was the one who protected me and her loss followed me enormously.

When Mélissa Fortier-Provencher confides that it was difficult for her, at times, to be "Cédrika's sister", she obviously thinks of experiencing her mourning in the public eye, but also of the inconceivable intimidation of which she was the victim.

The young woman takes a deep breath before broaching the subject of her school career, visibly still fragile at the idea of ​​going back to it.

“People, they are looking for your weak point to come and weigh on it. But me, my weak point was my sister, and it was in the general public. Everyone knew it and some took advantage of it,” she recalls with emotion. "I have always been Cédrika Provencher's sister."

"It's your fault, what happened", "Go sit on the edge of the sidewalk and wait for him to come get you too", this is the kind of meanness to which Mélissa Fortier-Provencher has been confronted.

She is now able to come back to these sentences that she has heard many times, each time like a stab in the heart.

Not to mention the publications with dubious humor that she has often seen on social networks in relation to her little sister.

“These are things that came to affect me every time. I had, black passes, in my adolescence, compared to that. It was difficult. Adolescence is already not easy, but there, in addition, I had this label on my back, ”says the one who has been followed for a long time and who has done several therapies.

And at the other end of the spectrum, people with good intentions, but very often clumsy, also hurt the young Mélissa without really realizing it.

This sentence, Mélissa Fortier-Provencher has heard it often. Coming from kind people, but who did not always take the measure of the impact of these few words on the fragile young girl who stood in front of them.

“It hurt me a lot as a little girl. Each time, I said to myself: “Look, this is not your daughter, you do not know her, it was MY sister, MY family”, confides Mélissa, adding that she has always been grateful for the support of Quebec. whole, but that people just can't understand the situation if they've never experienced it.

“I remember we had a fight that day and she followed me to the park. It was cat and mouse. We loved each other a lot, but we also argued a lot. The difference that night was that we usually went to bed and she stroked my hair, no matter what had happened during the day, but now she was gone.

– About his last memory of his sister

“The mourning may have begun, but it is far from over yet. But I decided not to stop living anymore. I could have decided not to want children, with what happened, but I made the choice to live my life.

“She is still too young to understand, but there are pictures in the house. She knows her name, she knows it's Cédrika. For the moment, she does not know more, but I will tell her about it, because it is part of our history. But I don't want it to become a burden for her."

Disappearance of Cédrika, last seen at 8:27 p.m., near the park where she was playing.

More than 175 volunteers and about fifty police officers from Trois-Rivières, in addition to agents from the Sûreté du Québec (SQ), are looking for the child.

The SQ takes over the investigation and confirms the thesis that the young girl was looking for a dog. Articles from the time report 350 volunteers on site, ready to help with the search.

After 14 days of research, a reward of $80,000 is offered for any information, in collaboration with Sun Youth.

The parents call on Claude Poirier, who receives 125 calls in the first 20 hours.

After two months of rumors, the SQ announces that it is looking for a red Acura and its driver.

Police confirm they seized a red Acura. The tests carried out are negative.

Almost two years after the disappearance, lawyer Guy Bertrand, who acts as an independent prosecutor, hopes to loosen tongues with $ 170,000 made available as a reward.

After seven and a half years of uncertainty and misunderstanding, the bones of Cédrika Provencher are found by hunters in a wooded area about fifteen kilometers from the place of her disappearance.

1 Cédrika, 15 years later: research that marked volunteers... 2 Cédrika, 15 years later: she has never been forgotten... 3 What to do when your neighborhood is too noisy? 4 Canoeing: a sporting heritage still alive 5 Roger Water: the man of great debates 6 Looking for a TV series for the holidays? Here are... 7 Shawn Barker: le retour de The Man in Black 8 Generation 2.0: artists who have followed in the footsteps... 9 Cultural activities: what to do this weekend 10 Michel Courtemanche's career in five souvenir... 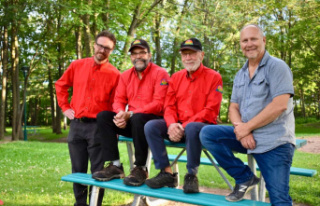