“A delicate operation”: China launched the second of three modules of its space station under construction into space on Sunday, a crucial step towards finalizing the installation. 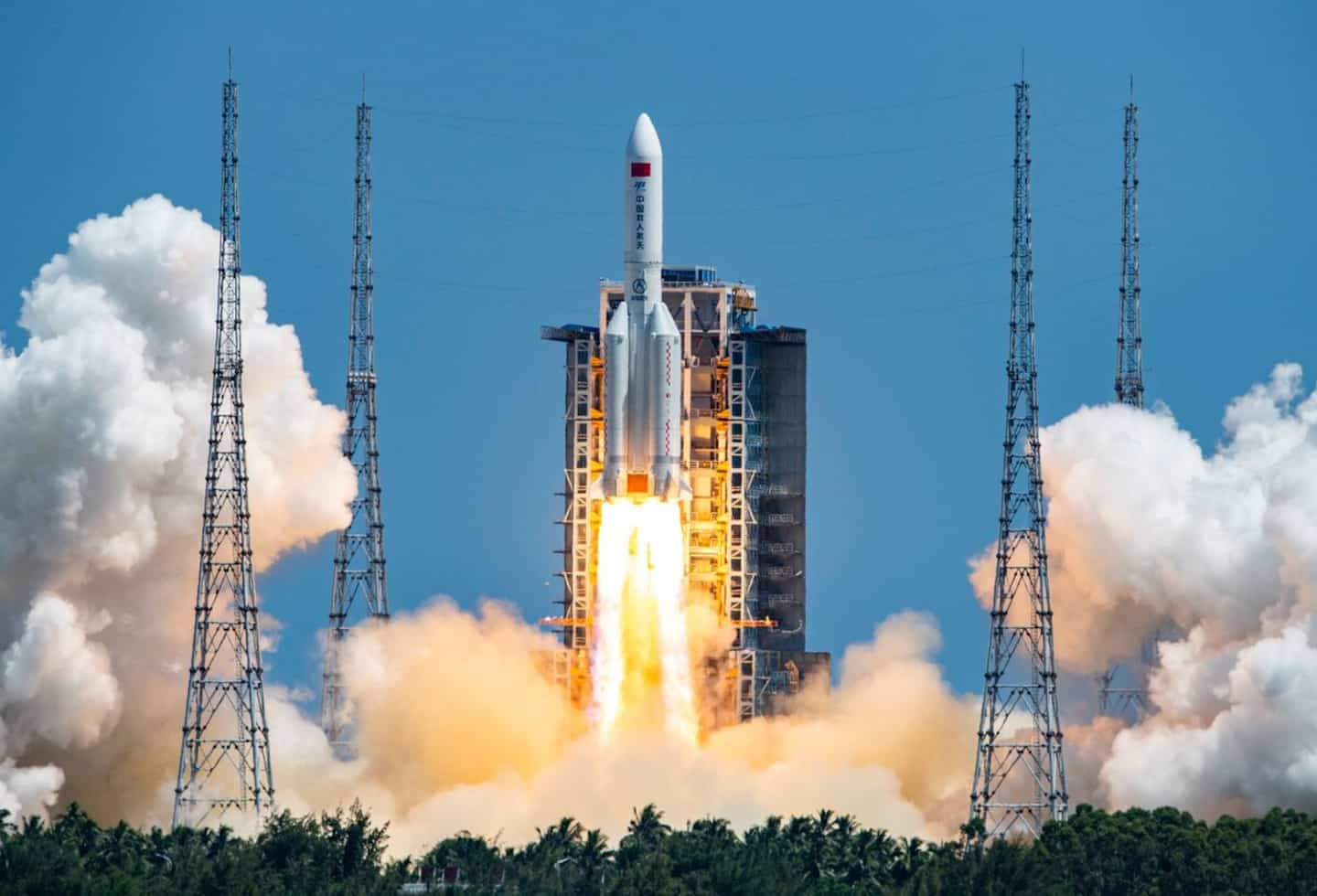 “A delicate operation”: China launched the second of three modules of its space station under construction into space on Sunday, a crucial step towards finalizing the installation.

The craft named Wentian, weighing around 20 tons and without an astronaut on board, was launched by a Long March 5B rocket at 2:22 p.m. (6:22 GMT) from the Wenchang launch center on the tropical island of Hainan (south), according to images from public television CCTV.

Hundreds of enthusiasts had gathered on nearby beaches to take photos of the launcher rising through the air in a plume of white smoke.

After about eight minutes of flight, "Wentian successfully separated from the rocket to place itself in the planned orbit", welcomed the space agency in charge of manned flights (CMSA), describing the launch as "successful total ".

Nearly 18 meters long and 4.2 meters in diameter, this laboratory module is due to moor at Tianhe, the first module of the station which has already been in orbit since April 2021.

The mooring operation is a challenge for the crew, as it requires several successive, high-precision manipulations, in particular with a robotic arm.

"It's the first time that China has had to dock such large vehicles together" and "it's a delicate operation," Jonathan McDowell, astronomer at the Harvard-Smithsonian Center for Astrophysics, told AFP. United.

A manipulation that will have to be repeated with the arrival later in 2022 of a new laboratory module.

Ultimately, “this will allow the station to be much more capable, with the space and power to perform more science experiments,” says McDowell.

Equipped with three sleeping spaces, a toilet and a kitchen, Wentian will serve as a backup platform to control the station in the event of a failure.

The module also has spaces for scientific experiments and includes an airlock that will become the preferred passage for spacewalks.

After Wentian this weekend, the three astronauts of the Shenzhou-14 mission, currently on the space station, will welcome the third and final module, Mengtian, there in October.

The station will then have its final T-shaped shape. It will be similar in size to the defunct Russian-Soviet Mir station. Its lifespan should be at least 10 years, possibly 15 years.

"The CSS will then have completed its construction in just a year and a half, the fastest pace in history for a modular space station", underlines Chen Lan, analyst of the site Go Taikonauts.com, specialized in the Chinese space program.

“In comparison, the construction of Mir and the International Space Station (ISS) took 10 and 12 years respectively. »

The completion of Tiangong will also allow China to perform, for the first time, a crew relay in orbit.

This relay should take place in December, when the astronauts of the Shenzhou-14 mission, currently in the space station, will give way to those of Shenzhou-15.

Tiangong will then host the six crew members for several days.

China was pushed to build its own station due to the refusal of the United States to allow it to participate in the ISS.

The Asian giant has been investing billions of euros in its space program for several decades.

China sent its first astronaut into space in 2003. In early 2019, it landed a spacecraft on the far side of the Moon, a world first.

In 2020, it brought back samples from the Moon and finalized Beidou, its satellite navigation system, a competitor to the American GPS.

1 Lanaudière: a pantry at the end of a village 2 “Eight women” at the Théâtre de Rougemont: a... 3 [IN IMAGES] A furious tornado in the Laurentians 4 Towards a 4th sharp hike in the Fed's key rates... 5 [PHOTOS] This is how the dirty stained glass windows... 6 The presidential palace ready to reopen in Sri Lanka 7 More than a thousand migrants disembark in a few hours... 8 Shooting kills three at Philippine university 9 Moscow says it destroyed Ukrainian military targets... 10 Thunderstorms and Humidity for Sunday 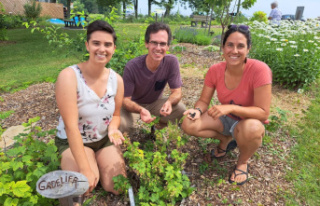 Lanaudière: a pantry at the end of a village