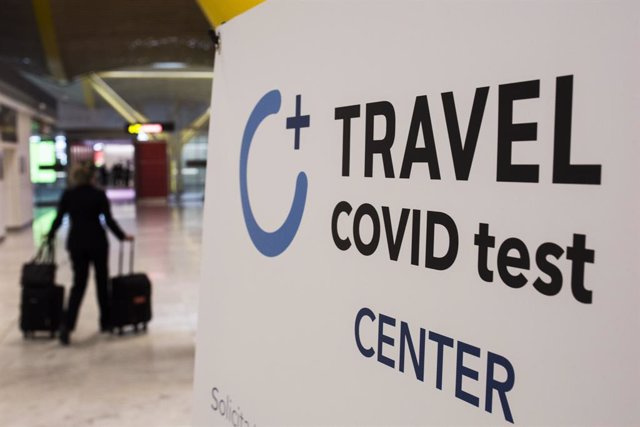 China will reopen its borders on January 8, ending massive lockdowns, daily PCR tests, and travel restrictions. It is an attempt to return to normality, although the truth is that many travelers are canceling their trips as fear grows that the coronavirus will mutate due to the explosion of cases in recent weeks.

Many countries are already requiring mandatory Covid tests for passengers coming from this Asian country, where the coronavirus pandemic began in 2019.

On December 7, the Chinese State Council lifted the obligation for infected people or close contacts to remain in quarantine centers. Now it will only require that those who enter the country present a negative test carried out 48 hours before. One more step in his change of 'Covid Zero' policy, after the huge protests against the confinements.

Almost three years after the most serious pandemic in recent history, the Asian country, pressured by demonstrations rejecting forced confinement in state centers, the closure of cities, and the economic problems generated by this anti-pandemic strategy, has decided relax their anticovid measures.

The National Health Commission of China announced on Monday the reopening of the borders and the withdrawal, on January 8, of the quarantines to enter the country. The date decided for the opening is related to the vacation days they have in China for the Chinese New Year, which in 2023 will be January 22 (from January 21 to 27 are public holidays).

The Council of State thus seeks a reactivation of tourism, both internal and outbound. What the Chinese authorities have requested is that the departures on the next vacation dates be staggered to avoid a new wave of infections.

The problem is that Covid cases have skyrocketed in the country in recent weeks and in many Chinese cities infections number in the thousands with hospitals overloaded with workload limits. Patients crowd the corridors of hospitals and the ICUs cannot cope with the avalanche of serious cases collapsing the morgues. In some crematoriums there are already waiting lists.

China's National Health Commission announced on Sunday that it will stop publishing daily coronavirus cases as the country sees an exponential rise in cases after easing some restrictions.

The last official report published before the information blackout indicated 4,128 new infections and no deaths, placing the sum of symptomatic infections since the start of the pandemic at almost 400,000 and that of deaths at 5,241. Some data that seems far from the real situation, since, according to estimates by the British consultancy Airfinity, around 5,000 people would be dying every day in China due to COVID-19.

The true number of new daily infections could have reached 37 million, according to Bloomberg, citing the alleged minutes of a meeting of the Chinese National Health Commission. Only between December 1 and 20, after the abandonment of the 'COVID zero' policy, some 248 million people would have been infected -18% of the national population-. At that time, the Chinese health authorities only officially recognized just over 58,000 infections.

The Government of China has assured this Wednesday that the epidemiological situation around the coronavirus pandemic is "under control", amid the rebound in cases detected in recent weeks after the relaxation of restrictions.

"At the moment, the development of the epidemiological situation in China is as expected and is under control," said Chinese Foreign Ministry spokesman Wang Wenbin.

"The fact is that for the past three years, since the start of the pandemic, the Chinese government has always put people and life above everything else," he argued. "From a global perspective, the rate of seriously ill and dead in China is the lowest," she concluded.

Health experts from all over the world recognize that the Asian giant is plunged into an unprecedented health crisis, which is also not surprising considering that Chinese citizens have hardly been exposed to the virus during these three years, to which must be added Insufficient vaccination coverage, especially in terms of booster doses.

With the largest population on the planet (more than 1,400 million inhabitants), and numerous overcrowded cities, the country is a 'time bomb' from an epidemiological point of view.

Faced with this situation, many are the countries that are looking with suspicion at the Asian giant, which has become a new potential source of Covid-19. With the current volume of infections, which in all probability number in the millions every day, China has become an ideal breeding ground for new variants and mutations of SARS-CoV-2 to emerge.

Thus, some countries such as Italy and Japan, India or Malaysia have already begun to require Covid tests from Chinese citizens to enter their territories.

The Italian Ministry of Health will force all passengers arriving in the country from China to undergo a test to detect if they have Covid, after in some airports almost 50% of the travelers who have landed from the Asian country tested positive.

Since last Friday, the steering committee of the Italian Higher Institute of Health has been monitoring the evolution of the Covid contagion in China and testing some passengers arriving from this country.

At the Malpensa airport (Milan), one of the busiest in Italy, half of the passengers from China have tested positive, according to sources in the Lombardy region.

Italy, a destination for millions of tourists from around the world, became the first Western country almost three years ago to experience a very high number of coronavirus cases, just weeks before the disease spread across the globe with dozens of countries in quarantine to try to stop the disease.

The United States also announced this Wednesday that it will ask travelers from the Asian giant for a negative Covid-19 test to enter the country as of January 5.

Passengers whose final destination is the United States must take a test two days before their departure from Chinese territory and present the negative result to the airport authorities before boarding a plane, the government's Centers for Control and Prevention reported in a statement. Diseases (CDC).

Taiwan also announced that it will require PCR tests for travelers from China starting January 1 and those who test positive will have to isolate at home for five days. The measure will take effect before the Lunar New Year holidays, when millions of people travel regularly in Taiwan and China.

China was the country where COVID-19 was first detected and has so far officially confirmed 4.4 million cases and 16,764 deaths. In the last 28 days, 815,995 cases and 787 deaths related to the disease have been reported.

China CDC epidemiologist and chief of epidemiology Wu Zunyou has acknowledged that the country is currently being hit by the first of three large waves of infections expected this winter.

According to his calculations, this wave will last until mid-January 2023, while the second will last from the end of January to mid-February and will be caused by the increase in tourism due to the celebration of the Lunar New Year, which begins on January 22. .

Finally, the third wave of positives would begin at the end of February, lasting until mid-March.

1 Return of Netanyahu, head of Israel's most right-wing... 2 Putin-Xi Jinping interview scheduled for Friday by... 3 Washington approves the sale to Taiwan of anti-tank... 4 Russia: anti-aircraft defense activated near a military... 5 Sudan: eight dead in new tribal clashes in Darfur... 6 Here are the big sporting events of 2022 7 Putin launches new ships and touts his fleet 8 RELEASE: Energybox renews the subsidy for the energy... 9 RELEASE: Glass by Gaviota: very positive year balance... 10 Centre-du-Québec: a collision leaves one dead and... 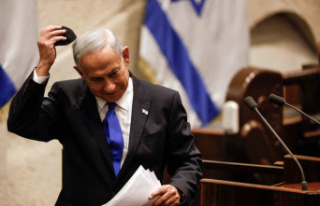 Return of Netanyahu, head of Israel's most right-wing...