With classes where half of the students have learning or behavioral difficulties, teachers from all over Quebec are at their wit's end. 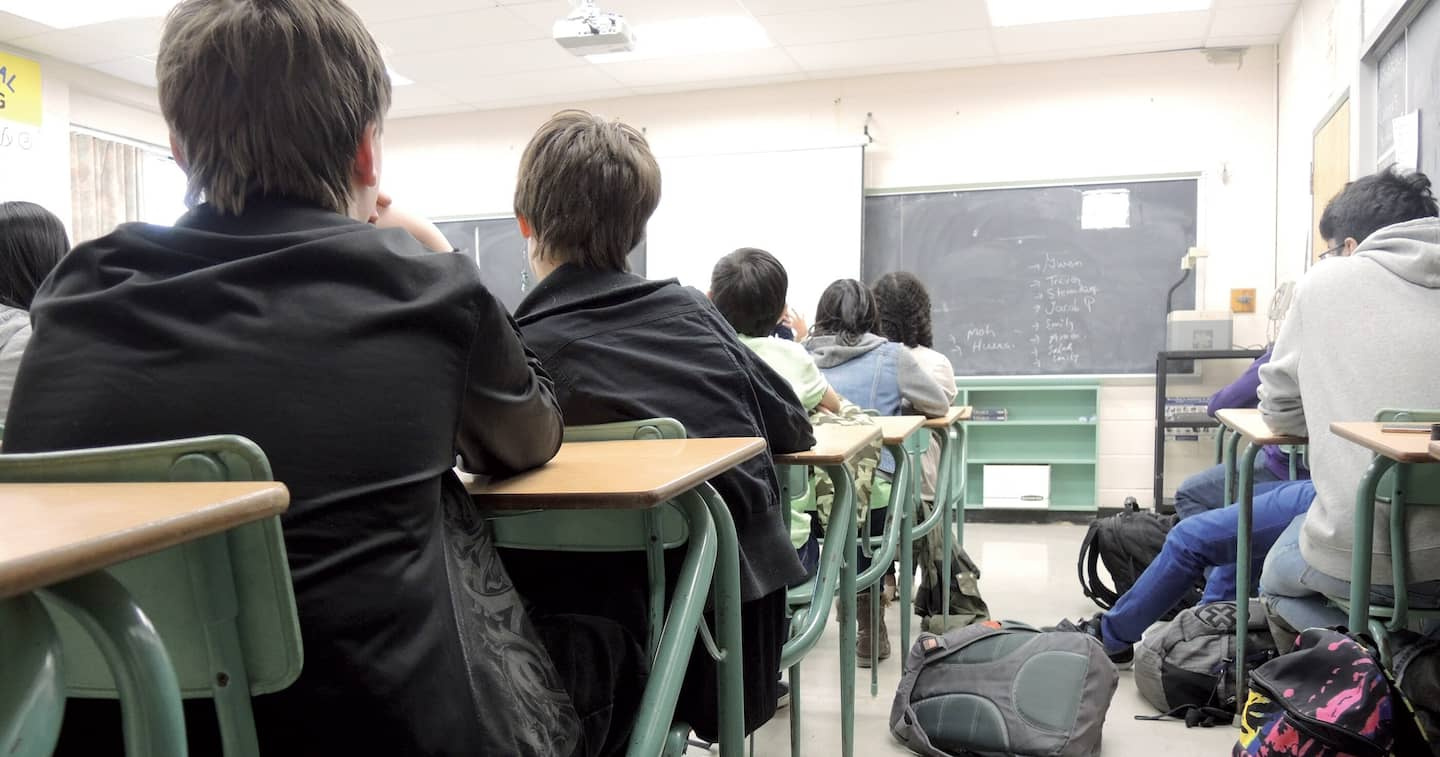 With classes where half of the students have learning or behavioral difficulties, teachers from all over Quebec are at their wit's end. While many teachers have recently denounced the heaviness of their group to the new Minister of Education, Bernard Drainville, Le Journal offers you an incursion into regular classes that are no longer ordinary.

• Read also: What does 2023 have in store for us: the education network holds its breath

• Read also: Ministerial examinations: the number of complaints linked to the moderation of grades jumps

That day, Josée* had to leave her class for a few minutes to pull herself together. She could no longer hear students screaming, including one for almost two hours now, despite all the interventions made with them with the help of a specialized educator.

For the past few weeks, a new instruction has prevented him from taking a student out of his class when he is in crisis, unless he represents a danger to himself or others.

In this group of third graders from an elementary school in the Eastern Townships, this experienced teacher must manage six students on a daily basis who have frequent crises or who have disturbing behavior. Not to mention the six others who have significant learning difficulties, whom she would like to be able to help better.

This is without a doubt his most difficult group in more than 15 years of career. Josée has already had difficult cases to manage, but never so many behavior problems at the same time and of such great intensity.

One of his students has several seizures a day. He shouts, hits the desk or rolls on the floor as soon as he does not want to follow instructions. Another, sometimes totally out of control, may walk across desks screaming. Not to mention the one who does not respect any rules of the class: he lies down on the floor when he feels like it or leaves the class altogether.

Their behaviors often cause a chain reaction among the other students in the class. Some also become unruly, others ask the teacher outright why students in crisis cannot leave the classroom.

A specialized educator is present in class for a few hours a week to support Josée, who wonders how she managed to hold on until Christmas and above all, if she will have the energy to return to class in January.

Not an isolated case

At the Syndicat de l'enseignement de l'Estrie, it is said that this group, made up of a majority of students in difficulty, is far from being an exception.

"There are others, groups like this, it's not an isolated case," says its president, Richard Bergevin.

Two years ago, Le Journal reported that in more than 200 regular classes, at least one in two students was in difficulty and needed special measures to succeed.

But the pandemic has exacerbated all kinds of problems among children, says another experienced elementary school teacher, who also requested anonymity for fear of reprisals.

“Students who are strong have remained strong, but those with behavioral problems or learning delays are even worse. The number of students per class should really be reduced to meet their needs. We can't do it anymore, ”she drops.

The secondary not spared

In secondary school, more and more teachers are also denouncing the heaviness of groups. After more than thirty years teaching French in high school, Isabelle* also has to deal this year with the most difficult group of her career (see text below).

In the public network, one in five students (21%) in elementary school and one in three students (32%) in secondary school is considered disabled or has social maladjustments or learning difficulties, according to the most recent data from the Ministry of Education.

Their number has been increasing steadily in recent years and they are mostly integrated into regular classes.

A “big bend” difficult to negotiate

This vast integration, which began about twenty years ago, had to be accompanied by an adequate level of services”, in order to support teachers, recalls Josée Scalabrini, president of the Federation of Teachers’ Unions ( FSE-CSQ).

However, the “big shift” was instead followed by years of cuts in the public network. A vicious circle has quietly set in motion, says Ms. Scalabrini. Students at risk have become in difficulty, for lack of services to meet their needs.

The non-repetition policy has amplified the problem, since a large number of students have continued their schooling despite their great difficulties, she adds.

During this time, public secondary schools have relied on the creation of several special selective programs (such as concentrations in sports or the arts, for example), reserved for high-performing students, in order to curb their exodus to private schools.

The creation of these programs has had the effect of making classes in the regular sector heavier, where today there is a high concentration of weak or struggling students.

The groups are often filled to the maximum, a phenomenon exacerbated recently by the lack of premises and teachers, adds Mélanie Hubert, president of the Autonomous Federation of Education.

In these circumstances, it is not surprising that many teachers are denouncing the situation. After visiting several schools in recent weeks, the new Minister of Education, Bernard Drainville, said that it is the heaviness of the groups and the composition of the class that top the list of subjects addressed by the teachers. that he met.

As a new round of negotiations begins with the teachers, their unions are once again calling for measures to better regulate the composition of the class.

The teachers with whom Le Journal spoke wonder if it is still possible to hope for concrete changes. “We have been told for years that education is a priority, but nothing is changing, drops a secondary school teacher from the Montreal region. During this time, we are exhausted.”

*Names fictitious, to preserve the identity of the students.

School in the Quebec region

Among the group of 26 students, we find:

He occasionally has violent crises. He recently threw a pair of scissors in the face of a student.

They are allowed to leave the class at any time to meet with the special education teacher if they no longer feel able to manage their anxiety.

They are closely monitored by management but come from dysfunctional families.

They frequently have behavior problems in class.

All Isabelle* asks for is to be able to teach. However, this teacher with thirty years of experience finds herself this year in front of the most difficult group of her long career, where we find only a handful of “good students” who are the first to suffer, deplores- she.

"A parent told me recently: it's a crazy school, it doesn't make sense for my child to be in this group. It's really a messy class, we're running out, ”drops the teacher, visibly distraught herself by the situation.

In this high school group from a school in the Quebec region, an autistic student becomes disorganized on occasion. When he has tantrums, he has already kicked a trash can, knocked a chair to the ground and even threw a pair of scissors in the face of a student.

Three students are in foster care, followed by the DPJ. They regularly have behavior problems, they disrupt class or send the teacher out.

Four other young people suffer from anxiety or mental health problems. They are regularly absent, since they are authorized to leave the class at any time to meet the specialized educator if they no longer feel able to manage their emotions.

They are not the only ones missing classes. Three other teenagers are regularly absent without reason. These students are closely monitored with management, but come from dysfunctional families.

The high number of absences upsets the entire organization of the class, while several other students have significant learning delays. "I don't know where I'm going with them. The group just does not follow”, drops Isabelle.

The teacher only has three or four “good students,” who are doing pretty well and want to learn, she says. But the help offered by a remedial teacher in class is not enough to allow the teacher to regain the upper hand.

“These students are wasting their time in class, it just doesn’t make sense. They don't want to come to their classes anymore, secondary school is starting really badly for them. They don't have to go through this. It hurts my heart, ”says the teacher.

To correct the situation, it would first be necessary to improve the sharing of information with primary schools in order to have a better picture of the needs of students arriving in secondary one, she said.

Isabelle can’t get over the fact that her secondary school is swimming in the middle of a fog when it comes time to compose the groups for the next school year. “The response plans are not following,” she says. Students find themselves in regular classes rather than in adapted classes.”

*Fictional name, to preserve the identity of the students.

1 La Corne mine: Tesla cars will run on Quebec lithium 2 Water is already seeping into a state-of-the-art aquatic... 3 The jackpot for two ex-managers of cannabis producer... 4 Precautions to take before buying a new condo 5 Leasing-to-purchase a property now a reality 6 Prince Harry accuses brother William of physically... 7 RELEASE: Wondershare Launches Capture the Moment Campaign 8 Drummondville: a person found unresponsive after a... 9 16-year-old Palestinian killed by Israeli gunfire... 10 Amazon will lay off more than 18,000 workers 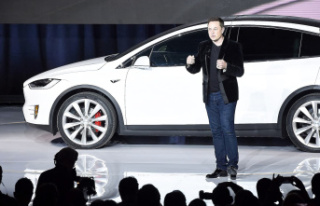 La Corne mine: Tesla cars will run on Quebec lithium