Thirty-nine people were killed and around 100 injured in Senegal in a collision between two buses, leading President Macky Sall to declare a three-day national mourning and announce immediate measures to improve security. 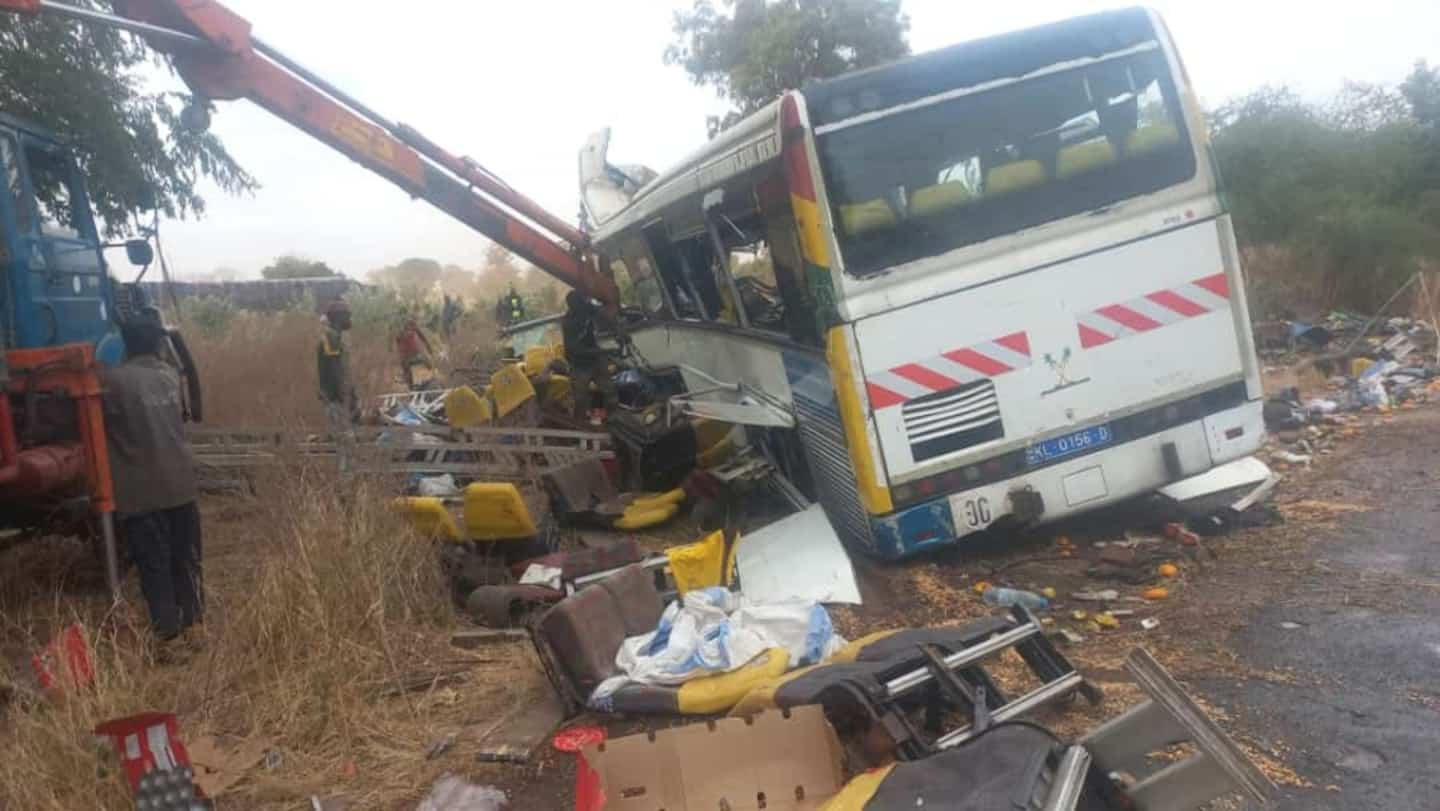 Thirty-nine people were killed and around 100 injured in Senegal in a collision between two buses, leading President Macky Sall to declare a three-day national mourning and announce immediate measures to improve security.

The accident, the deadliest in the West African country in recent years, took place overnight from Saturday to Sunday, around 3 a.m. local time, near the town of Kaffrine, about 250 km southeast of the capital Dakar, according to firefighters and local authorities.

The government announced in the evening Sunday a final assessment of this accident in the locality of Sikilo of 39 dead, 53 injured hospitalized and 42 less injured treated in local health centers.

"The 2 buses would have contained 139 passengers at the time of the accident," the government said in a statement.

Ten of the wounded are in "vital emergency", said President Sall after going to the bedside of the wounded at Kaffrine hospital in the company of his Prime Minister Amadou Ba.

"More than 20 bodies have already been identified and will soon be released to their families," he added.

The Head of State, who had previously decided on "a three-day national mourning from Monday", promised rapid measures to avoid the recurrence of a new "tragedy" of this kind.

"We cannot expose the lives of our compatriots in a transport system that ignores respect for human life," said Mr. Sall.

As of Monday, the Prime Minister will convene an interministerial council to take measures relating to the condition of vehicles, technical inspection, the issuance of driving licenses or even transport schedules, he said.

"We are of course ready as a State to support the transport sector for the renewal of the fleet and the limitation of the ages of public transport vehicles that come to us from abroad", he continued, assuring that the necessary measures would be "taken tomorrow".

The mayor of Kaffrine, Abdoulaye Saydou Sow, who is also Minister of Town Planning and Housing, as well as the public prosecutor of the neighboring town of Kaolack attributed the collision to the bursting of a tire from one of the two bus which then deviated from its trajectory.

The main Senegalese opponent Ousmane Sonko, candidate for the 2024 presidential election, indicated on Twitter that he was postponing a fundraising operation because of the accident and called on the authorities to "give priority attention" to road insecurity, a "scourge with disastrous human, social and economic consequences for the country".

Bus accidents are common in Africa, due to poor vehicle maintenance, poor road conditions, but also driving errors, many motorists being holders of permits bought from corrupt inspectors, without having ever been to a bus. 'driving school.

Twenty-one people died on Saturday evening in East Africa in a bus accident on the border between Kenya and Uganda, Ugandan police said on Sunday. The majority of those who died are of Kenyan nationality, but there are also eight Ugandans. According to the police, 49 people were injured.

According to the first elements of the investigation, the driver would have lost control of the vehicle due to excessive speed.

The Ugandan government is preparing new measures to improve road safety after a spike in fatalities during the holiday season. According to the Ugandan police, 104 road accidents were recorded in just three days, from December 30 to January 1, leaving 35 dead and 114 injured.

1 Another victory for the Huskies 2 Kyle Connor unleashes hat rain 3 Prince Harry defends his “necessary” memoir on... 4 The Rocket loses despite 58 shots 5 25 albums that marked the year 6 The sweets gave him back the joy of living 7 A difficult match for Bennedict Mathurin 8 Gala Celebration 2023: a woman from Ormstown wins... 9 Edouardo Sebrango will take up a new position with... 10 Rebecca Marino bows in curtain raiser 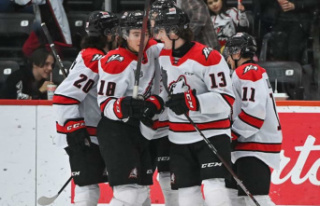 Another victory for the Huskies