JERUSALEM | The United States and Israel united on Thursday, despite their differences on the means, to ensure that Iran “never” acquires nuclear weapons, with Washington promising to use “all” its power to achieve it. 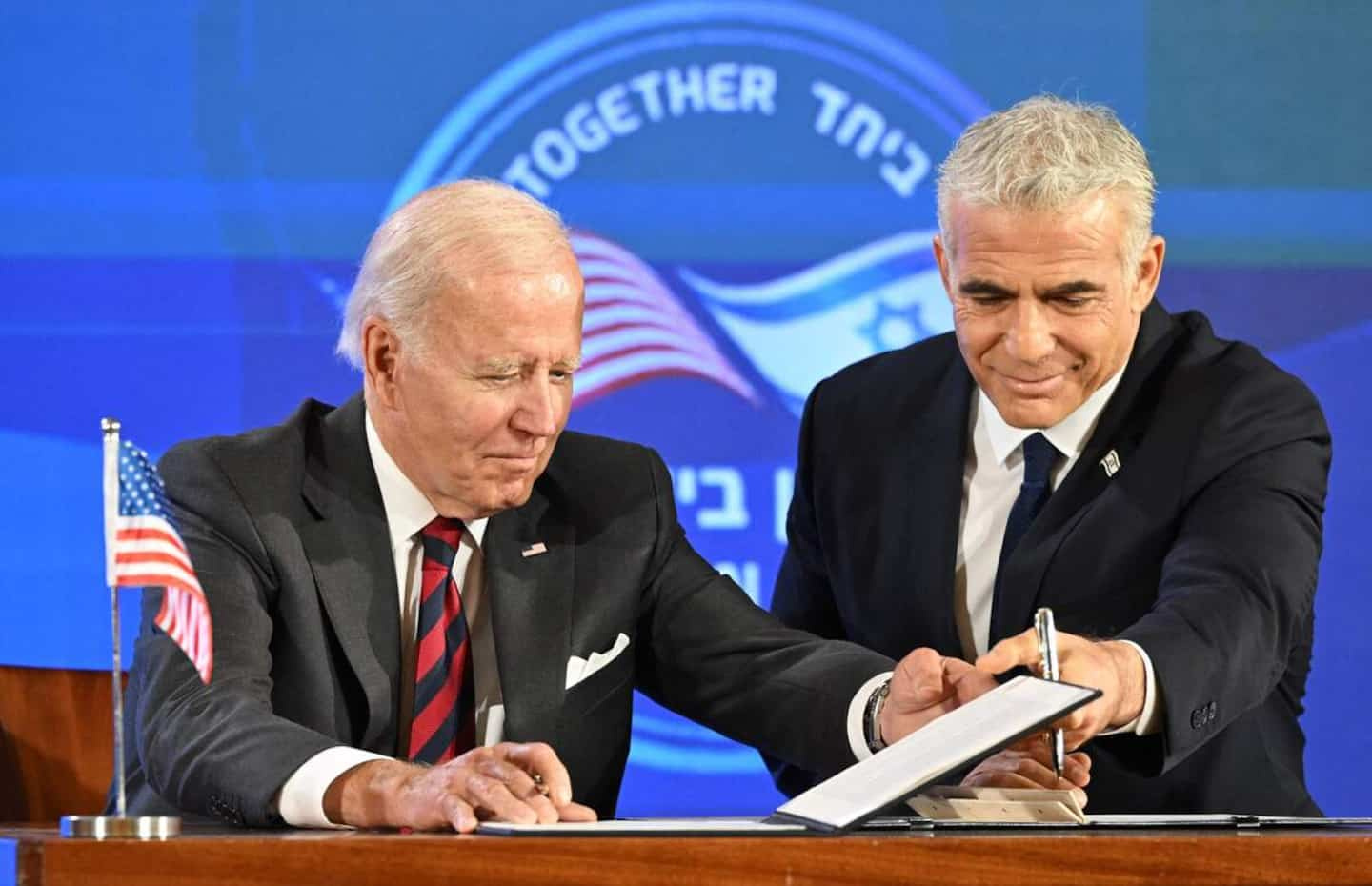 JERUSALEM | The United States and Israel united on Thursday, despite their differences on the means, to ensure that Iran “never” acquires nuclear weapons, with Washington promising to use “all” its power to achieve it.

• Read also: Biden proclaims his support for Israel during his first tour of the Middle East

• Read also: Nothing is going well for Joe Biden

On the occasion of his first visit to the Middle East, Joe Biden signed with Israeli Prime Minister Yair Lapid the "Jerusalem Declaration on the Strategic Partnership between the United States and Israel", devoted in part to the nuclear file.

According to this text, the United States “undertakes never to allow Iran to acquire nuclear weapons and to use all elements of its national power to ensure this”.

The attitude to adopt vis-à-vis Tehran is a source of hesitation between the United States, which would like to try the diplomatic route by resuscitating a 2015 agreement aimed at guaranteeing the civilian character of the Iranian nuclear program, and Israel, which opposes this pact and wants the maintenance of sanctions against Iran.

Considered by experts as the only nuclear power in the Middle East, Israel accuses Iran, its sworn enemy, of seeking to acquire the atomic bomb, which this country categorically denies.

"It was a gigantic mistake by the last president to pull out of the deal because they (the Iranians) are closer to atomic weapons today than they were before," Biden said in a statement. an interview with Israeli Channel 12 aired Wednesday evening.

He was referring to the unilateral withdrawal from the nuclear agreement decided in 2018 by former US President Donald Trump who reimposed severe sanctions on Iran, leading in response to Tehran's gradual disengagement from the 2015 agreement.

Asked if he was ready to use force in order to ensure that Iran does not obtain atomic weapons, Mr. Biden replied: “yes, if it is a last resort”.

But on Thursday, Mr. Biden said he favored the diplomatic route against Tehran, while specifying that the United States was not going to “wait forever” for Iran to reach an agreement aimed at reviving the moribund pact of 2015, while the negotiations stalled.

Israeli leaders have repeated in recent months that their country intends to retain its "freedom of action" against Iran even in the event of a nuclear agreement.

“The only thing that will stop Iran is knowing that if it continues to develop its nuclear program, the free world will use force. The only way to stop it is with a credible military threat,” Mr. Lapid said Thursday during a press briefing with Mr. Biden.

However, in the "Jerusalem Declaration", Washington undertakes "to preserve and strengthen Israel's ability to deter its enemies and defend itself against any threat".

Reacting to the signing of the Israeli-American strategic partnership, Iranian President Ebrahim Raisi warned Washington and its allies against any attempt, according to him, to destabilize the region.

"I declare to the Americans and their regional allies that the Iranian nation will not accept any insecurity and crisis in the region", he argued, warning that "any mistake in this region will be met with a firm and regrettable response". .

Israel fears, among other things, that a lifting of sanctions would replenish Iran's coffers, which would allow it to increase its support for its regional allies such as Lebanese Hezbollah and Palestinian Hamas, pet peeves of the Jewish state.

Biden's United States, which is trying to expand the process of normalization between Israel and Arab countries launched by Donald Trump, "commits to working with other partners in the face of Iranian aggression and destabilizing activities", via for example Hezbollah, Hamas or the Palestinian Islamic Jihad, according to the statement.

Gaza's ruling Hamas this week 'warned against broadening the normalization process' and denounced Biden's visit as 'embodiing the United States' absolute support for the (Israeli) occupation' .

The “Jerusalem Declaration” further stresses that the United States and Israel will cooperate to develop laser defense systems to “defend Israel’s airspace.”

Upon his arrival in Tel Aviv on Wednesday, the Israeli military presented Mr. Biden with videos showing drone interceptions by the “Iron Beam,” a new laser air defense device.

Aid to the Palestinians

Joe Biden's visit - his tenth in total, but his first as president - aims for Washington to recall his influence in a region that has not so far been the priority of the Democratic administration, especially obsessed with China and Russia.

Where almost all American administrations have directed a lot of diplomatic efforts towards the Middle East, with great initiatives for the Israeli-Palestinian peace process, that of Joe Biden has so far remained in the background.

The president plans, according to a senior US official, to announce on Friday, during a meeting with Palestinian leader Mahmoud Abbas in the occupied West Bank, "significant" aid for hospitals in East Jerusalem, and a project to develop a 4G network in both the West Bank and Gaza.

There, he could announce measures favoring a hypothetical normalization between the Saudi kingdom and Israel. And he should also convince this oil power to open the floodgates to calm prices.

1 Teenage girl killed in roller coaster accident in... 2 On the way to the hospital, she gives birth thanks... 3 Poll: Trudeau does not get the passing grade 4 COVID-19: Canada is the worst country in the G7 with... 5 COVID-19: toddler vaccination divides parents 6 Judicial Council to examine complaints against Judge... 7 Laurentides: a motorcyclist seriously injured during... 8 Policeman shot: Mayor Plante accused of lacking empathy 9 40 months in prison for a sexual opportunist 10 A "manifestly unreasonable sentence": the... 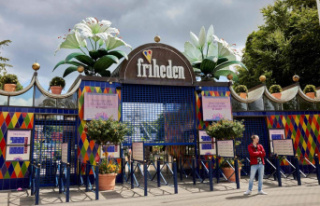