Considers that the fiscal philosophy of the 2023 accounts "seems designed to penalize productive investment". 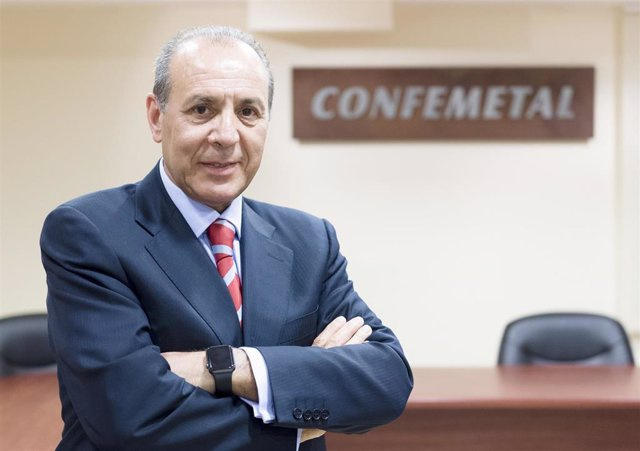 Confemetal warns in its latest economic and labor situation bulletin that the General State Budgets (PGE) for 2023, which are based on a forecast of economic growth of 2.1%, "deceive themselves from the first paragraph of its articles", having been prepared "with projections of the main macroeconomic variables that are excessively optimistic".

The employers of the metal points out that these forecasts are not only not confirmed, but that, in light of the latest evolution of the Spanish economy, "it will be impossible for them to materialize".

"No national or international institution, not even the Government itself, has been able to prevent its growth forecasts from steadily slipping downwards to be far from what could be forecast just before summer. The OECD forecasts a advance of our GDP in 2023 of 1.5%, the IMF places it at 1.2%, and the Government builds its accounts on a forecast of 2.1%.This optimistic figure remains in an international scenario marked by the high inflation and the tightening of monetary policy," he stresses.

Thus, for Confemetal, the 2023 Budget Law begins to be breached from the macroeconomic framework that accompanies it, as well as from a tax philosophy "that seems designed to penalize productive investment, so that, before being approved, it already betrays its premises and objectives.

"The big problem with these Budgets is that they harbor the same lack that made other precedents fail, which is none other than the lack of prioritization of the competitiveness of the economy, the real underlying problem in Spain," emphasizes Confemetal.

To improve competitiveness, the business organization calls for "real and profound" reforms that make the markets for goods, services and factors more flexible and that allow new companies to grow and consolidate existing ones.

"Without solid and competitive companies, the risk of stagnation in our economy will be a devastating reality for our levels of well-being and those of future generations," he warns.

In his opinion, the Budgets should respond to an economic cycle characterized by uncertainty and slowdown, since the Spanish economy is "vulnerable" to geopolitical tensions and their consequences on energy markets and supply chains, as well as to the deterioration of the European economies.

"With costs and prices of goods on the rise and poor forecasts for the evolution of labor costs, inflation, far from slowing down, could still worsen, deteriorating the purchasing power and private investment and the general confidence of the economy," he warns.

At the same time, Confemetal warns that the "serious problem" of public debt makes the Spanish economy "extremely vulnerable" when monetary policy tightens its financing conditions, as is currently happening.

In this context, the metal employers consider that the main challenge for the Spanish economy should be to reduce the public deficit to guarantee access to financing for both public administrations and the private sector.

"To achieve this reduction, the possible way is austerity and the rationalization of public spending, a clear commitment to fiscal consolidation that is far from illuminating these Budgets in which spending beats its own marks again," he denounces.

This increase in spending, he criticizes, is based on an "exceptional" growth in income derived from the effect of inflation and the increase in tax pressure on companies and individuals.

"This growth in public spending is going to fuel the inflationary dynamic, since items such as pensions and civil servants' salaries are indexed to the evolution of the CPI for the previous period, conditioning future fiscal measures, fueling inflation through the effects of second round and reducing the effectiveness of price containment measures," he warns.

To maintain this spending structure, tax revenues worth 262,781 million euros are budgeted, a new record that, according to Confemetal, will raise the tax burden in 2023 to 42.3%.

As a whole, the metallurgical employers' association calculates that the business tax pressure (Corporate Tax plus contributions) has gone from 10.3% in 2019 to 10.7 in 2022 and will exceed 11% in 2023, "far from the average of the Union Europe that is below 10%".

"In a context of economic slowdown and rising costs of raw materials, energy and labor, adding the increase in tax costs will only serve to hinder investment and the generation of wealth and employment," laments the business organization.

1 The Treasury closes the November issues next week... 2 Indra's acquisitions contribute more than 30... 3 Endesa submits this Thursday to its shareholders to... 4 The opposition amendments to the General Budgets begin... 5 GasHogar (Grupo Visalia) and Shell Energy Europe close... 6 BBVA pays a fine of 48,000 euros to the Data Protection... 7 The National Court suspends fines of 61 million from... 8 Increasing investment in care services would create... 9 United We Can demands more measures from the Government... 10 The price of electricity rises this Monday by 8.73%,... 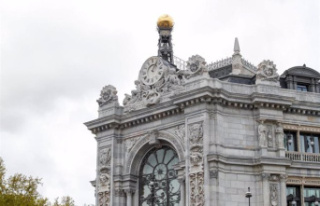 The Treasury closes the November issues next week...