Luc Picard has never been afraid of challenges. 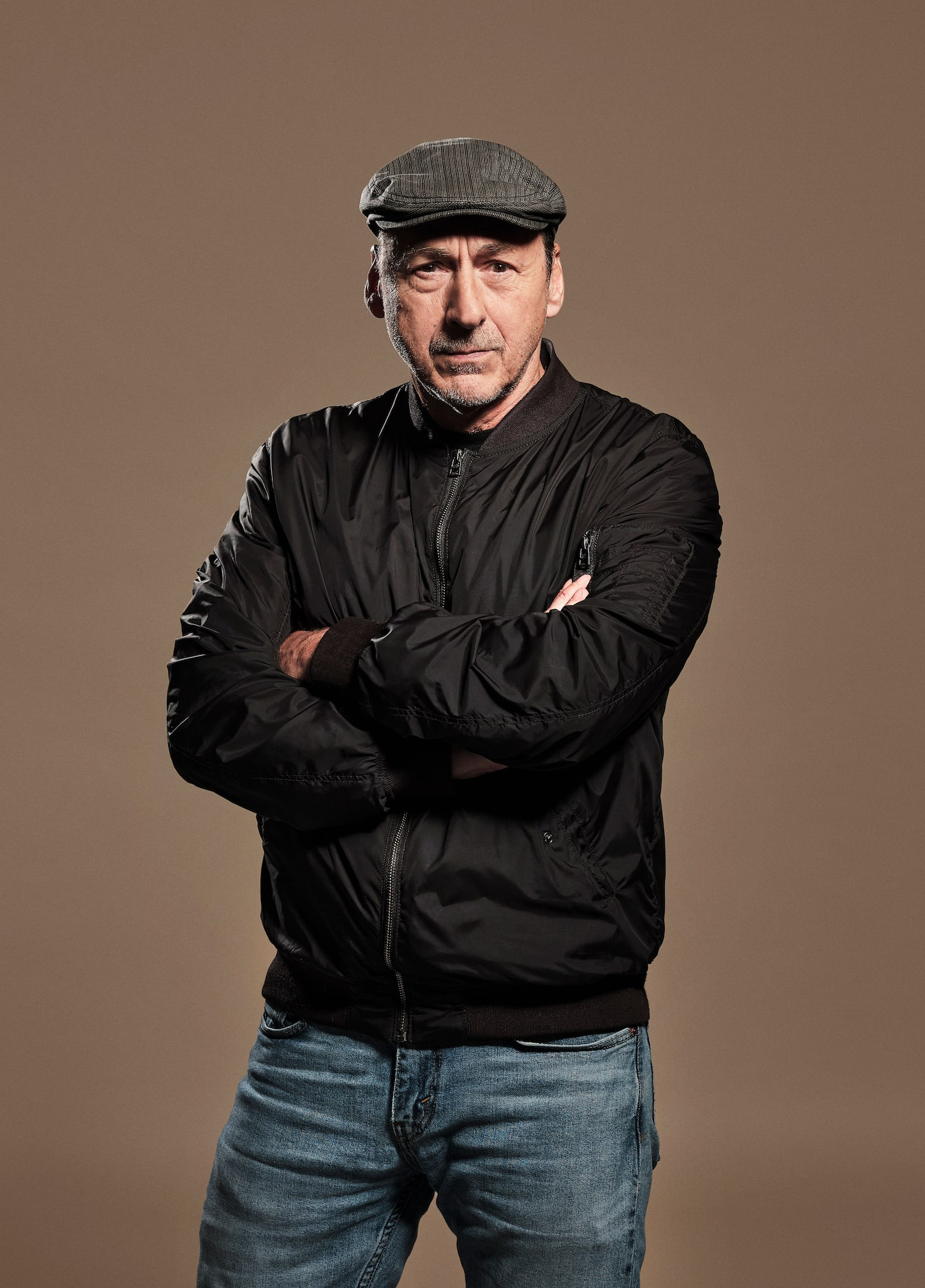 Luc Picard has never been afraid of challenges. However, when he was offered to play hitman Gérald Gallant in Confessions, a film he also directed, the actor and filmmaker gave himself some time to think before giving his answer. “I thought it was quite a tough contract,” he confides in an interview.

“I had already acted in several of my films before (including L’audition and Ésimésac) so I knew I could do it, specifies the 60-year-old actor. But for Gallant, it was more complex because it's a composition role and he is present in almost every scene in the film. It's physically tiring, but it's also a narrative trap to stage a character who is there all the time, because the spectator ends up no longer seeing him.

“I finally agreed to perform it myself because it was sweet to play. Gallant is the opposite of a typical hitman. When you think of a hitman, you always expect a slick, smart guy. Gallant, that's not it. He is a strange little gentleman who does not look like much and who does not have the profile for the job at all.

Scripted by Sylvain Guy (Détour), based on the book Gallant: Confessions of a Hitman, the police drama Confessions retraces the journey of Gérald Gallant, one of the worst hitmen in the history of Quebec. A prominent player in the biker wars of the 1990s and 2000s, Gallant admitted to committing 28 murders and 12 attempted murders between 1972 and 2003, while working for the Rock Machine, arch enemies of the Hells Angels.

However, even if he multiplied the contracts as a hitman, Gérald Gallant led a seemingly quiet life in his small house in Donnacona, with his wife who was unaware of the details of his criminal activities. He became an informer in 2006 after being arrested in Europe for a trivial case of credit card fraud.

Fascinated by this story worthy of a Hollywood film script, producer Christian Larouche (Louis Cyr) acquired the rights to adapt the book from journalists Éric Thibault and Félix Séguin shortly after its publication by Éditions du Journal in 2015 He quickly offered the direction of the feature film to Luc Picard, who, strangely, had already taken an interest in the case of Gérald Gallant in a previous film project.

“Ten years earlier, I had started writing a screenplay for an ensemble film in which there was a character inspired by Gérald Gallant, recalls Picard. He was a stuttering killer who rode a bicycle, like Gallant. The character had interested me for a long time. Then, when I read the screenplay by Sylvain [Guy], I liked the idea of ​​showing this Quebec crime on screen. It is not something that we have often explored in our cinema, except perhaps in Requiem pour un beau sans-coeur, by Robert Morin.

“Besides, Confessions is almost a film about the poor, he adds. The criminals we see in the film are poor in every sense of the word. They don't have much money, not much culture or education. Gallant has his small suburban home, but he doesn't have much power. He didn't even charge much for his murders. He killed a member of the Cotroni family. I was told he could have easily asked for $100,000 for this murder. But he just charged $20,000. With Gérald, it was beautiful, good, inexpensive! Let's just say he wasn't a good business guy!"

Luc Picard did not skimp on the efforts to slip into the skin of the hired killer Gérald Gallant. In addition to having trained physically for months and having scrutinized the videotapes of his interrogations with the police, the actor and director went to meet several criminals who rubbed shoulders with him during the years. where he was.

“I admit that it gave me heat under the arm!, says Luc Picard about his meetings with ex-accomplices or partners in crime of Gallant.

“I did it because I wanted to know what they thought of Gallant. Criminals are a bit like hockey players, they all know each other. Those I have met do not have a good opinion of Gallant because he is an informer. They perceive it as a “stool”.

"But what I've learned though is that a guy who's able to walk into a sober bar, look at someone he's never seen in his life, and shoot them five bullets in the body without making a mistake, it's very rare. It's a composure that few criminals have and that Gallant had. But how could he be that and at the same time be a little man who looks like nothing? That's what makes him such a paradoxical character..."

To write the screenplay for the film Confessions, screenwriter Sylvain Guy (Détour) based himself largely on the book Gallant: Confessions of a contract killer, which journalists Éric Thibault and Félix Séguin wrote from hundreds of hours of Gallant's confession to the police. If the story of the feature film is built on real facts, Luc Picard and Sylvain Guy do not hide having added elements of fiction, in particular in the scenes of intimacy of the character.

“The murders that we see in the film are the real deal,” insists Picard. That's really how it happened. It's more in Gallant's personal life that we took the liberty of inventing. If we had wanted to be glued to the truth, we would have had to call each person who was involved in each scene to ask them what they said at that moment. It's almost impossible to do. When you make this kind of film, you have to give yourself liberties.

Picard cites as an example the toxic relationship between Gallant and his mother, which was fictionalized in the Confessions screenplay.

Luc Picard is not in his first demanding role. But in slipping into Gallant's shoes, the actor had to walk "a very thin line" in order to craft a character that audiences would want to follow despite the violence of his murders.

“It was one of the biggest challenges of the film, he admits. Because if the character is just unlikable, people will lose interest in the movie pretty quickly. The problem with Gallant is that it is flat. The challenge was to stage a flat guy for two hours without betraying the fact that he is flat and still trying to keep the viewers interested. The scenes of his interrogation around which the film is built enabled us in particular to show his humanity. When we see him crying while talking about his wife, for example, it was like that in the videos of his interrogation. He can be endearing at times like these. We used that to get people to embark on the story.”

Luc Picard shot Confessions almost three years ago, in the fall of 2019. While the pandemic has postponed the film's release a few times, it has also allowed the actor and filmmaker to spend a little more time than planned on the post-production work, in particular on the music signed by Daniel Bélanger.

“This is the second time that I have worked with Daniel for the music of one of my films. We had fun for The Audition fifteen years ago, but there, we really found each other, underlines Picard.

“When I watched the film for the first time, without the music, I thought there was a problem with the tone. I told Daniel that the music had to give the audience permission to laugh. There is a lot of dark humor in the film, which some people will catch, others maybe not. But you had to give viewers permission to laugh and tell them that the movie might not be as heavy as they thought. I love the music that Daniel composed because it takes the film completely elsewhere.”

Confessions has not yet taken the screen that Luc Picard has already had his head immersed for several months in another very ambitious film project: a biographical drama on the life of Guy Lafleur.

“I am currently in research and writing, indicates Picard. It's quite an order because Lafleur is a monument. When I agreed to write the screenplay, we learned two weeks later that he had been diagnosed with a recurrence of cancer. It became very complicated to talk to him because he was in chemo, and the COVID was complicating things. I was still able to meet him twice, and our next meetings were over the phone because he was tired.

Luc Picard wants to complete a first version of the screenplay this year. In particular, he must soon meet the close family of the Blond Demon.

“Just the casting of this film, it's going to be something, he says. You don't just have to find the right actor to play Guy. We will also have to find those who will play Yvan Cournoyer and all the other players, and train them in hockey for a year before the shooting. The task is immense.”

1 Laura Niquay: a song like a cry 2 Cultural activities: what to do this weekend 3 The Stradivaria festival tattooed on the heart of... 4 Confessions: a golden role for David La Haye 5 Saying that a man can't be pregnant, is that... 6 In reading mode: hot topic 7 New novel by Delinda Dane: romantic adventure in the... 8 Novels from here: just the right notes 9 My will: sixty years of writing for Antonine Maillet 10 Guillaume Pineault: a big fan of Bernard Werber 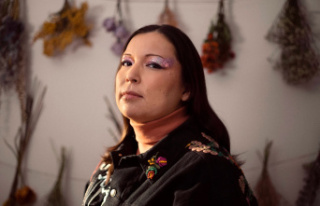