Conquest of the F1 world title: “Time flies so fast”

Present in Montreal at the weekend, Jacques Villeneuve was the subject of a short ceremony in the paddock of the Canadian Grand Prix to mark the 25th anniversary of his conquest of the Formula 1 world title. 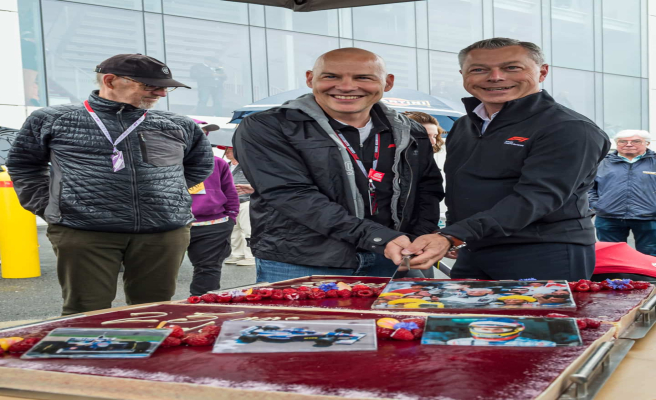 Present in Montreal at the weekend, Jacques Villeneuve was the subject of a short ceremony in the paddock of the Canadian Grand Prix to mark the 25th anniversary of his conquest of the Formula 1 world title.

• To read also: Grand Prix of Canada: Lance Stroll distraught by his lack of rhythm

At the Jerez de la Frontera circuit in Spain, on October 26, 1997, he became the first Canadian (and the only one still today) to achieve this feat.

We all remember the scene where, entering a bend, Villeneuve surprised the leader of the race, Michael Schumacher. The latter gives a serious steering wheel and the right front wheel of his Ferrari hits the left side pod of the Quebecer's Williams.

Deported to the outside of the curve, the German's car got stuck in the gravel and his journey was over. His rival, he is doing better: a third place at the finish will ensure him the title.

Acclaimed at the Forum

“Time flies so quickly,” he exclaimed to a group of journalists invited to the event. Maybe because I never stopped running. »

A few days after acquiring his title, he was cheered on by thousands of fans at the Montreal Forum, the former home of the Canadiens.

“It was at this moment, he says, that I realized the extent of my victory. I remember it like it was yesterday. I was poorly...dressed in front of all these people. It really touched me and I am still grateful to them today. »

A huge cake was presented to him by the president of the Canadian Grand Prix.

"Jacques, you deserve to be celebrated," said François Dumontier. You are the pride of a people. »

When Villeneuve was called upon to comment on the start of the F1 season, he was delighted to see that the level of competition had revived on track.

“The new regulations have good and bad changes,” he says, “but the drivers are more aggressive and it's good for the show. »

Moreover, Villeneuve is not really surprised by this unprecedented enthusiasm this year at the circuit which bears the name of his father.

"The public is loyal," he says. I imagine that this passion has been passed down from generation to generation. A lot of people attending the Grand Prix this year weren't there when I was driving in F1. But hey, maybe also the two years of absence [due to the pandemic] amplified the popularity of the sport.

“The effect of the Drive to Survive series broadcast by Netflix for a few years has also done a lot of good for F1. It made it accessible, especially in the United States. »

Villeneuve admits not having watched any episodes: “I have always refused to do reality TV. It's still a bit of fiction. When we know that a camera is following us, we do not react in the same way. »

After Villeneuve, it will be the turn of the late Guy Lafleur to be honored on Sunday, before the start of the Canadian Grand Prix. According to our information, his two sons, Martin and Mark, will participate in this tribute dedicated to this legend of hockey and great fan of motor racing.

Charles Hamelin, multiple medalist in short track speed skating, came to show his affection for Jacques Villeneuve in the paddock of the Grand Prix du Canada. Hamelin says he was a fervent admirer of the Quebec driver when he won his world championship in 1997. “I recorded all his races, he says, so as not to miss anything. » 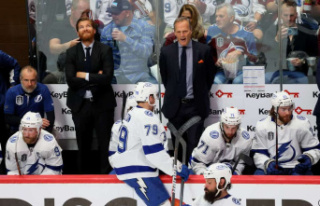