Walmart customers prove the big boss of the multinational right by shunning the clothing aisle in the store to be sure they have enough money to buy food and gas.

Walmart customers prove the big boss of the multinational right by shunning the clothing aisle in the store to be sure they have enough money to buy food and gas.

For the company, inflation is hurting to the point where it now anticipates a 10% drop in operating profit.

Title down more than 10%

Basically, we spend more on essential products and we shun departments such as clothing, which forces Walmart to sometimes lower the prices of its stocks to manage to sell them.

At the same time, another giant, Unilever, also said it was hit by runaway inflation, which caused its prices to rise by up to 11% in one year.

Easy even at Walmart

At Walmart on Roland-Therrien Boulevard in Longueuil yesterday, Claude Lamothe, 84, had a lot to say about soaring prices, which pushes him to frequent Walmart and Maxi to maximize his purchasing power.

“It is the meat above all that is expensive. We need iron to live. You have to buy it the same. We have no choice,” sighed the retired former security officer.

At least, he said, he doesn't have a car to drink. No hefty gas bill for those who rather ride the bike paths in their neighborhood on a scooter.

"It's true that you have to be careful, and take it easy," conceded the man when asked if he is cutting back on his clothing purchases.

For Ronualdo Portales, 30, a construction worker met at the entrance, the inflationary overheating led him to review his diet.

“If you eat less, you have a lot more money to spend on gas and clothes,” explained the man who says he eats his fill, without excess.

In the clothing department, Alexandre Mazela, a 36-year-old beneficiary attendant, had many "question marks" in mind about the price increases, which are cascading into his wallet.

"You have to reduce some clothing purchases to save money, otherwise you'll end the month with too many bills," the man concluded.

1 Free union: what are the financial impacts? 2 Serial macaque attacks in Japan: one of the monkeys... 3 New UK train strike amid purchasing power crisis 4 Weather of the day: still sunny and warm across Quebec 5 Traverse de Matane: non-licensed seagoing personnel... 6 The noose is tightening on Trump 7 Washington will have to bear 'all' consequences... 8 Nord Stream: Russian gas deliveries fell to 20% of... 9 Ukraine strikes an important bridge in the occupied... 10 Discovery of a pink diamond considered the largest... 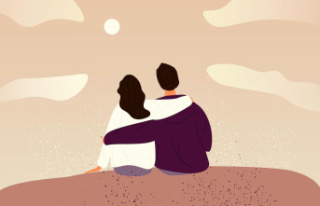 Free union: what are the financial impacts?