After Pierre Poilievre, it is the turn of the social conservative candidate Leslyn Lewis to refuse to attend the third official debate of the race for the leadership of the Conservative Party of Canada (CPC), because subjects that are close to her heart, such as abortion, will probably not be on the menu. 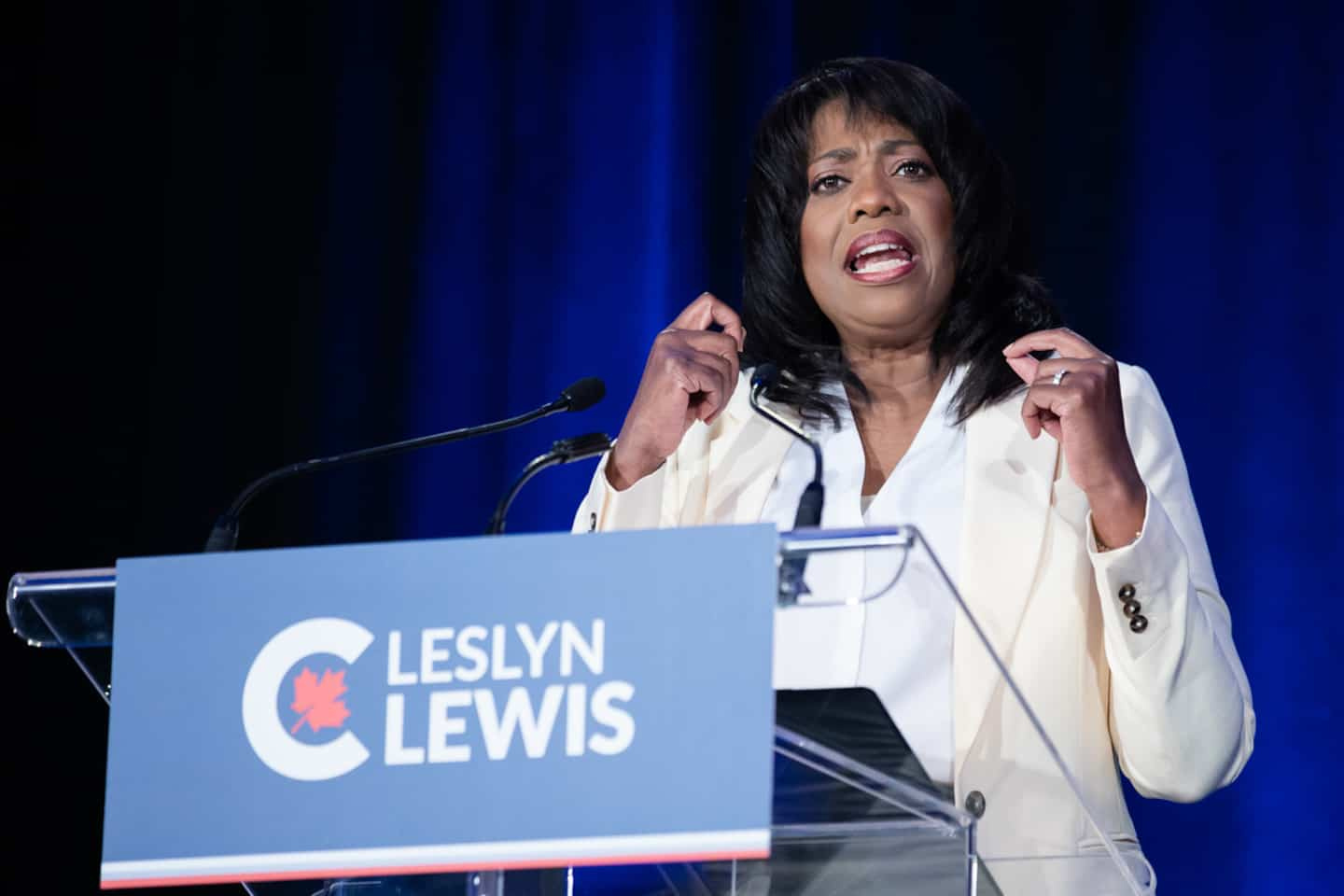 After Pierre Poilievre, it is the turn of the social conservative candidate Leslyn Lewis to refuse to attend the third official debate of the race for the leadership of the Conservative Party of Canada (CPC), because subjects that are close to her heart, such as abortion, will probably not be on the menu.

A CCP spokesperson confirmed the decision of the candidate, who should presumably also have to pay $50,000 in fines for refusing to take part in the game, which is to be held next Wednesday evening.

In most polls conducted so far, Ms. Lewis ranks third in terms of voting intentions among party members after Pierre Poilievre and Jean Charest.

The trained lawyer nevertheless judged that a third debate would not be a necessary showcase for the success of her campaign at this stage.

In a statement released earlier this week, Ms Lewis questioned the relevance of this third official debate, which, ironically, was decided by the party leadership after an internal poll among party members showing appetite (65 % of support) to see the candidates cross swords again.

“It's easy to poll the party's 675,000 members and handpick 'audience-chosen' questions that are safe and portray our party in a way that the media likes. But if we want to have a debate that will actually help members make their decision, we have to answer the questions that members actually ask us on the ground,” says Ms. Lewis.

Some of the issues she would have liked to see raised include abortion, negative medical reactions to COVID-19 vaccines, and questioning the role of the World Economic Forum (WEF) in Canadian domestic politics. .

The favorite in the race, Pierre Poilievre, already announced more than a week ago his intention not to take part in the debate, judging that it is not necessary and that the first debate in English was a "disgrace through the host's humor and light-hearted questions throughout the event.

In a satirical video released Thursday, the campaign of Jean Charest, second in the polls, mocked his main rival for his refusal to participate.

With two fewer debaters and the exclusion of Patrick Brown from the race, only Jean Charest, Roman Baber and Scott Aitchison will remain on stage. The debate will be held in both official languages.

1 What People Must Know About Cryptocurrency Scams 2 Rapper Booba at war with influencers 3 First two monkeypox deaths outside Africa 4 Russia rejects 'bizarre' accusations of... 5 A child reported missing in France may never have... 6 Airport chaos: Canadians change their travel plans 7 Four months in Romania for soldiers from the Bagotville... 8 Murder in Bécancour: the accused is released pending... 9 Rouyn-Noranda–Témiscamingue: a CAQ candidate withdraws... 10 The Lac-Saint-Jean International Crossing is back