After 143 days, the conflict between Ukraine and Russia seems set to continue. 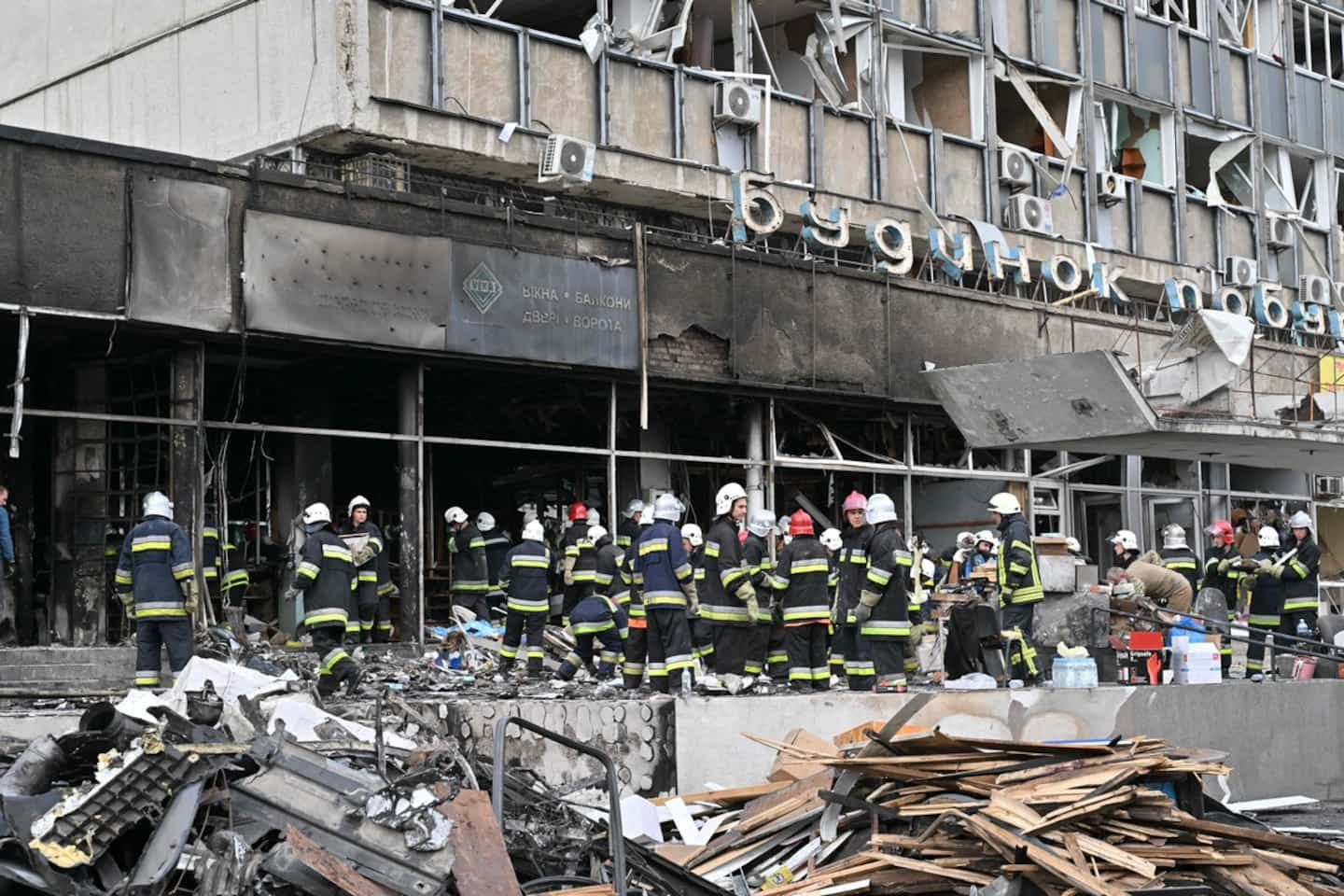 After 143 days, the conflict between Ukraine and Russia seems set to continue. After having massively invested in conquering Severodonetsk, Lyssychansk and Lugansk, regions of eastern Ukraine, Moscow's troops are restocking before a likely next assault. What will be the outcome of the conflict? QMI Agency spoke to two experts.

• To read also: The EU reinforces its sanctions against Russia and prepares for a difficult winter

The situation is critical for Ukraine, while Russia is well entrenched in the east of the country, in the Donbass region. Two experts, however, have a divergent view on the likely outcome of the conflict, which is likely to persist for several months.

"Ukraine has received a lot of anti-tank weapons, but I have the impression that almost all of them have been used," said Simon Leduc. In March, the Ukrainians requested 500 anti-tank missiles from the Americans a day and they have received 6,000, in total, so far. Things are not going well for Ukraine. Currently, Russia is bombing non-stop, but it is not advancing.

"According to several indicators, however, the Ukrainian front would begin to give way in the Donbass region," he added. Thursday, the statistics are to be taken with reservations, but Russia would have killed up to 1000 Ukrainian soldiers in a single day. There were tabarnouche bombardments.”

According to his reading of events, Russia is waging a war of attrition to weaken Ukrainian troops. The conflict is not likely to end quickly.

“We have it for months and years, estimated Simon Leduc. If it's not in Ukraine, it's going to be in Lithuania or Latvia. There is no doubt in my head that the conflict will not stop in Ukraine.”

For his part, the retired brigadier general of the Canadian Armed Forces, Richard Giguère, believes that nothing is decided yet. He, too, is of the opinion that the conflict will not end anytime soon.

He points to the fact that Vladimir Putin's troops have suffered significant military casualties. In terms of material resources, Moscow is forced to dip into its reserve by using old weapons.

“Every inch costs Russia dearly,” noted the man who had a 36-year career in the Canadian Armed Forces. Russia occupies nearly 20% of the territory of Ukraine, including several Russian-speaking areas.[...]. Moscow had a hard time advancing into territory that was more favorable to them. Ukrainians will never give up. I don't see the country falling."

According to Richard Giguère, even if Ukraine fell under the control of Moscow, the Ukrainian people would not allow themselves to be governed by Vladimir Putin.

On the military level, Western security sources now speak of 15,000 to 20,000 Russian soldiers killed. Ukrainian forces are losing around 100 soldiers every day, according to Kyiv.

Source: The Office of the High Commissioner for Human Rights and AFP

The war in Ukraine threatens world grain supplies and food security: "An additional 8 to 13 million people could suffer from undernutrition worldwide if food exports from Ukraine and Russia were permanently impeded by war," according to the International Fund for Agricultural Development.

In Russia, the media speaks of a “Cold War 2.0”, according to the former military intelligence officer, Simon Leduc, who closely monitors what is happening in the country of Vladimir Putin.

“In the Russian media, they verbalized that we are at the height of Cold War 2.0, said Simon Leduc. During the Cold War, Russia had no access to Western services and the country now finds itself isolated as it was then.

Remember that the Cold War refers to the period of political tensions between the United States and its allies, on the one hand, and the Soviet Union, on the other, during the second half of the 20th century.

"The vision of the Russians is that the Americans are fighting against them in Ukraine," he said. The real enemy is the Americans and NATO. They believe that the United States wants to harm Russia through alliances.”

"The Americans supply weapons, but they don't supply so many to win the war," he said. They seem to want to weaken Russia by causing damage. Looking at US decision making, I'm not even sure they want Ukraine to win. If the goal was victory, we would have sent many more weapons a long time ago.

However, Simon Leduc understands the decision of the country of Uncle Sam.

“The Americans must cover several fronts, he recalled. There are other threats like North Korea or China that could invade Taiwan. They can't put all the eggs in one basket."

Several weapons offered by the West to the Ukrainians to fight the Russians would be ineffective, according to Simon Leduc.

“During my career, my specialty was the Taliban, underlines the former military intelligence officer. To combat them, the military equipment was completely reorganized to fight wars in Iraq and Afghanistan. These people do not have artillery, so all our equipment has been reduced in weight to facilitate transport.

"That means there's less shielding," he said. It can be transported well, but it is more fragile. The Russians, on the other hand, have big, heavy systems that don't transport well, but are tough. They only have heavy infantry. Our equipment is therefore not suitable.

However, in June the Americans delivered precision rockets. They gave the Ukrainian army a boost of life, changing the balance of power on the battlefield, which could push Moscow to slow down its offensive, according to experts consulted by AFP. These rocket launchers, guided by GPS, have a range of nearly 80 kilometers. In June, this resulted in the destruction of 20 major Russian ammunition depots and command posts.

1. Take back territory: “The political decision for a counter-attack has been made. The campaign to liberate the occupied territories has begun,” Ukrainian analyst Anatoliy Oktysyuk told AFP.

2. Exhausting the enemy: “The Ukrainians only retreat militarily when they have no choice, like in Severodonetsk and Lyssychansk (East). "The Ukrainians made them pay dearly for this territory," notes a senior US defense official.

3. Maintaining his aura: "I have no indication that (the war) is wearing him down," former US ambassador to Ukraine William Taylor told AFP. “The pressure must be enormous. But he is holding up. (…) Everyone agrees that his strength lies in the bond he forges with the Ukrainian people.”

4. Preserving Ukrainian unity: “We still have to preserve this unity despite the deaths, the deprivations, the fear. For now, no one is talking about negotiations,” said William Taylor.

5. Convince the West: The war has brought Ukraine and the West closer together. Kyiv has also acquired the status of candidate for entry into the European Union. A greater contribution from the West could make the difference.

Moscow produces 11 million barrels of oil per day and 5 million are for export. According to AFP, Russia earned 93 billion euros in revenue from the export of fossil fuels during the first 100 days of the war, the majority of which was destined for the European Union.

This makes retired Canadian Armed Forces Brigadier General Richard Giguère believe that time is on Russia's side. He too believes that the conflict is far from over.

"The longer the conflict lasts, the more it will be a challenge for international cohesion," he said. Everyone is united, but there may be rifts over time due to natural resources. The closer we get to winter, the greater the need for energy will be felt for certain countries.”

1 Russia accused of firing missiles from Zaporizhia... 2 Europe still overwhelmed by forest fires and heat... 3 China: new COVID-19 confinements where cases increase 4 Russian missiles fired from Zaporizhia nuclear power... 5 A judge compelled Britney Spears' father to testify... 6 “There is distress” in the health network 7 Home invasion: a 31-year-old woman pinned by the Sûreté... 8 MLB: Juan Soto would have refused $440 million 9 Russia at the G20: an arsonist in a meeting of firefighters,... 10 Lytton: Six homes destroyed by wildfire 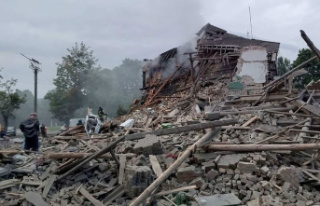