As living art began to beat again with more vivacity, it was the antics of the stars that sparked the strongest reactions and fueled the most heated discussions in 2022. 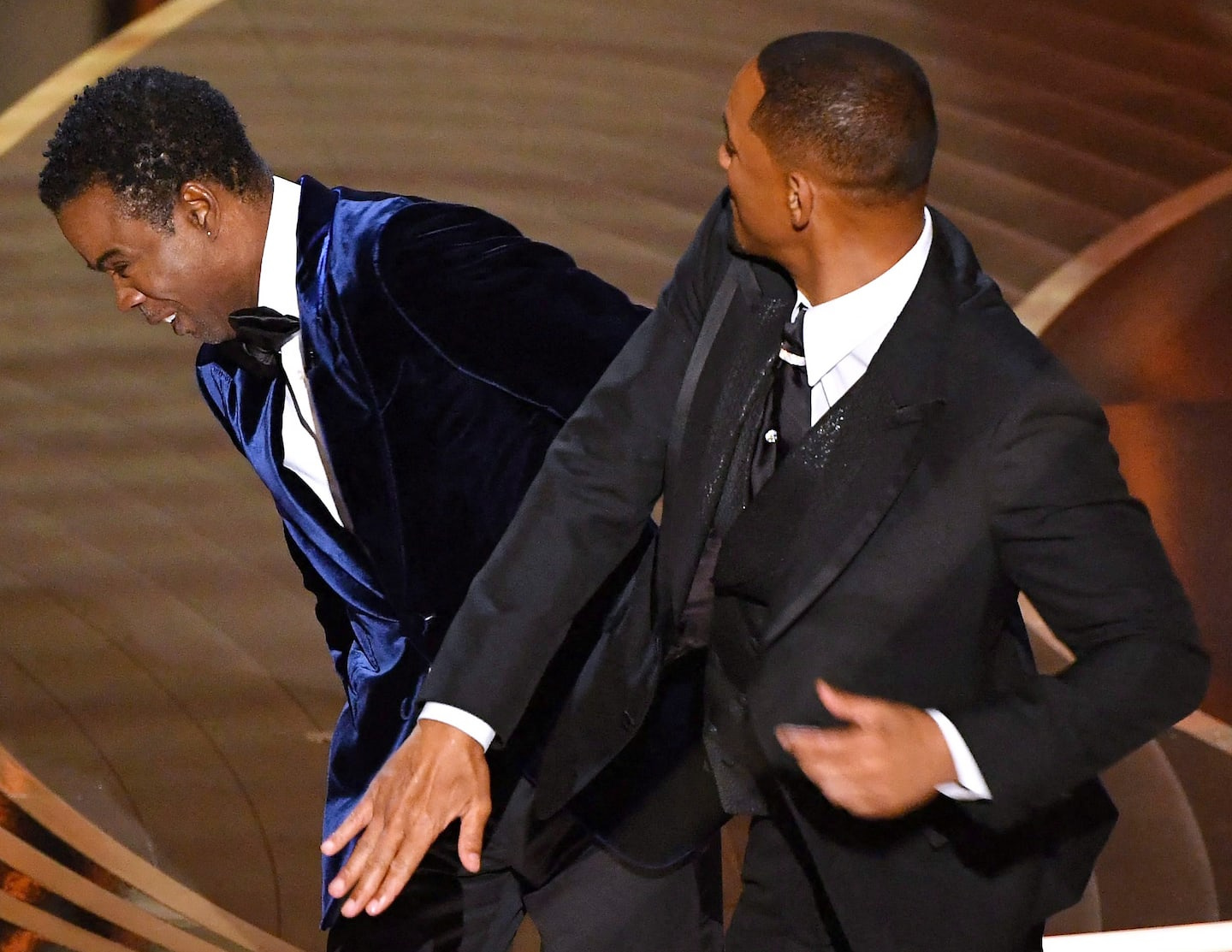 As living art began to beat again with more vivacity, it was the antics of the stars that sparked the strongest reactions and fueled the most heated discussions in 2022. Some artists will have to live with the consequences of their actions for a long time. No doubt: they will remember the last year for a long time, sometimes for the wrong reasons.

This one we didn't see coming. Shocked by a joke from Oscar host Chris Rock about his wife, Will Smith exploded. He took to the stage of the Dolby Theater in Hollywood to unceremoniously slap the master of ceremonies, much to the surprise of the audience and the principal concerned. If many initially believed in a set up, it was confirmed that the gesture had indeed been the expression of anger. Accepting the statuette given to the best actor at the end of the evening, Will Smith explained that “love will make you do crazy things”. But the damage was already done: the star is banned from the Oscars for 10 years.

In mid-January, singer Karim Ouellet was found dead in a Quebec City studio, two months after dying. The discovery of his body sends shock waves through the music world. Author of the success L'amour, a piece that was on everyone's lips and which was immortalized on his Fox disc, qualified as the best French-language album at the Juno awards in 2014, Karim Ouellet had moved away from his loved ones during the last year. He suffered from diabetes and did not provide the necessary follow-up for his illness, the coroner's report said. He could not complete a fourth album which was in the works. During the Francos, artists paid tribute to him in a moving concert.

Spring and summer were very trying for Philippe Bond. After being confronted with justice for a story of drunk driving in May, the comedian was targeted by an inflammatory statement from a colleague, Thomas Levac, calling him a “rapist”. A few days later, in July, an investigation by La Presse dropped a bombshell: eight women say they were victims of sexual misconduct by the artist, who quickly retired from public life. At the same time, organizations like the Just for Laughs Group and ComediHa! confided that the comedian has not been part of their plans for some time…

The return of Johnny Depp and his ex-wife, Amber Heard, to the courts seduced the press. From the beginning of this second judicial act, in April, the cameras were ready to follow the slightest actions of the two actors launched in a battle for defamation.

For nearly eight weeks, it was a real soap opera. On June 1, the case reached its conclusion: a jury awarded the victory to Johnny Depp, asking the lady to pay him $ 10.4 million in damages. In December, an agreement was reached to end the legal fight definitively.

Awards evenings have had a difficult life in 2022. Witnessing the drop in ratings and questioning their relevance, TVA has decided to stop presenting the Artis gala which rewarded our stars of the small screen. Charles Lafortune and Guy Jodoin will therefore have made our artists shine one last time in May 2021. The Gala Québec Cinéma has also gone to the wringer. In October, we learned that Radio-Canada was no longer going to broadcast the evening, also blaming it on the absence of viewers. It is Geneviève Schmidt who will have been at the helm of the ultimate meeting celebrating our seventh art. Rémy Girard's rise in milk will not have changed anything.

In the summer of 2020, Julien Lacroix's world came crashing down when he was targeted by allegations of sexual assault and misconduct in a report published in the daily Le Devoir. Goodbye, public life. Last July, he wanted to attempt a return to underline two years of sobriety, in a room he had specially fitted out. However, death threats cut short his initiative. In November, a controversial report from La Presse and 98.5 revisited the testimony of some of the victims who expressed regret for having denounced the comedian. Following this report, which seems to have restored his public image, the 30-year-old returned to the stage for two evenings in a bar in Hochelaga-Maisonneuve. In front of around thirty people, he delivered his first show in two and a half years. This time may be the right one.

Arcade Fire presented the last concert of their WE tour in front of a rather modest crowd at the Bell Center in early December. The reason is very simple: allegations of sexual misconduct by singer Win Butler always cast a shadow over the band's music. At the end of August, the Pitchfork site revealed that four people associated the artist with inappropriate sexual interactions. The 42-year-old man then spoke rather of consensual relationships. Several fans of the Montreal formation quickly demanded a refund as the tour got under way in Europe. Without another date on the schedule and with a fifth denunciation, many are wondering when – and if – Win Butler will return to the stage.

His absence from the scene was starting to cause a lot of talk. The news she did not give worried even more. Then, on December 8, Celine Dion chose to reveal everything to her audience: she has to deal with stiff person syndrome, a very rare neurological disorder that makes her life hard, a "continual fight". At 54, the singer sometimes struggles to walk and fails to do what she wants with her voice. As a result, she is forced to postpone and cancel dates for her Courage World Tour. For now, his visit to Paris in September 2023 still stands and the city of Las Vegas is still dreaming of his return to the stage somewhere in the spring.

Quebec producer Roger Frappier receives his first Golden Globe thanks to the film The Power of the Dog.

Radio-Canada confirms the end of the District 31 series. The author Luc Dionne will have written 720 episodes of the daily.

COVID invites itself to Star Académie; the first variety show of the season is postponed for the first time.

Neil Young calls on Spotify to remove his music after controversial podcast aired.

Patrice L'Écuyer hosts the 1000th episode of Silence, we play! at Radio Canada.

Valérie Lemercier praises Céline Dion and the Quebec actors of the film Aline during her victory at the César, in France.

A new actor appears on the screens of North American cinemas in the costume of Batman: Robert Pattinson.

The Ca m’ignite Grand Prize is awarded to the Les bracelets rouges series during the 14th Zapettes d’or.

Patrick Huard hosts a last meeting of his talk show La Tour. Gildor Roy succeeds him in the fall.

An investment of $225.8 million in Quebec culture was announced by Minister Nathalie Roy.

Krystel Mongeau takes top honors at Star Académie. His last interpretation: I am only a song.

Charlotte Cardin is the queen of the Juno Awards with four trophies, including Artist of the Year.

Jeanick Fournier becomes Canada's Got Talent champion with her rendition of Queen's The Show Must Go On.

Denis Lévesque hosts a final meeting of the show of the last 16 years in his name, on LCN.

End credits for the talk show The Ellen DeGeneres Show after more than 3000 episodes spread over 19 seasons at NBC.

The Francos take over the Quartier des Spectacles for 10 days.

The Montreal Ring, a $5 million work of art, is erected in downtown Montreal.

The Montreal International Jazz Festival kicks off: some 350 shows are on the schedule.

The Festival d’été de Québec is back on the Plains; Marshmello and Maroon 5 are headliners there.

Karl Tremblay, singer of the Cowboys Fringants, announces that he is suffering from prostate cancer, but hopes to be able to continue giving concerts.

Maripier Morin returns to public life to promote the film Arlette and offers an emotional interview to Patrice Bélanger at Sucré salé.

Ben Affleck and Jennifer Lopez prove that their return as a couple is serious with a second marriage.

The German group Rammstein puts on an explosive show at Parc Jean-Drapeau that delights... but disturbs the neighbors because of the noise.

Directed by Xavier Dolan in 2015, Adele's Hello clip passed the milestone of 3 billion views on YouTube.

The battle of the daily millionaires begins between Indéfendable (TVA) and Stat (ICI Télé).

Guillaume Lemay-Thivierge interrupts the Gemini evening with a confused intervention where he talks about politics and shoots an arrow at Guy A. Lepage and Louis Morissette.

Jacob Hoggard, leader of the Canadian band Hedley, was sentenced to 5 years in prison for rape. He decides to appeal his case.

Kanye West is dumped by Adidas because of numerous anti-Semitic remarks.

Thanks to her album Midnights, Taylor Swift becomes the first artist to seize the first 10 Billboard Hot 100 positions.

Copilote by Fouki and Jay Scott is the song of the year at the Gala de l'ADISQ.

Stromae strikes a blow at the Bell Center with the first of its six concerts in Quebec for its Multitude tour.

Gino Chouinard announces that he will be leaving Salut Bonjour in June 2024, after 17 years at the helm of TVA's morning show.

Hidden under the costume of the Queen of Day and Night, Véronique Claveau wins the second season of Masked singers.

Marie-Josée and Jason are crowned champions of the fourth season of Revolution.

Backstreet Boys' Nick Carter is accused of rape by a former fan with autism.

The blockbuster Avatar: The Way of the Water arrives in Quebec, 13 years after the first film.

1 Killed by his neighbor just before Christmas 2 Junior hockey: Czech Republic surprises Canada 3 Remove your cars: snow removal operation begins in... 4 Back to normal at airports, amid frustration 5 Mathurin can't save the Pacers 6 Yet another ruined Christmas for Quebecers 7 How to Avoid Getting Caught When Buying a Gift Card 8 In 2022, more had to be done with every dollar 9 An infection turns into a nightmare 10 Does your insurance cover your broken windshield? 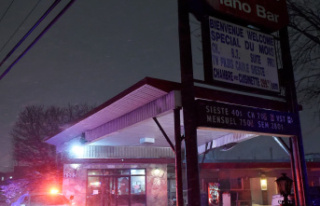 Killed by his neighbor just before Christmas