Shaken by HIV and COVID-19, young Montreal designer Gabriel Drolet-Maguire decided to tell his story and his clouded vision of the world in his work. 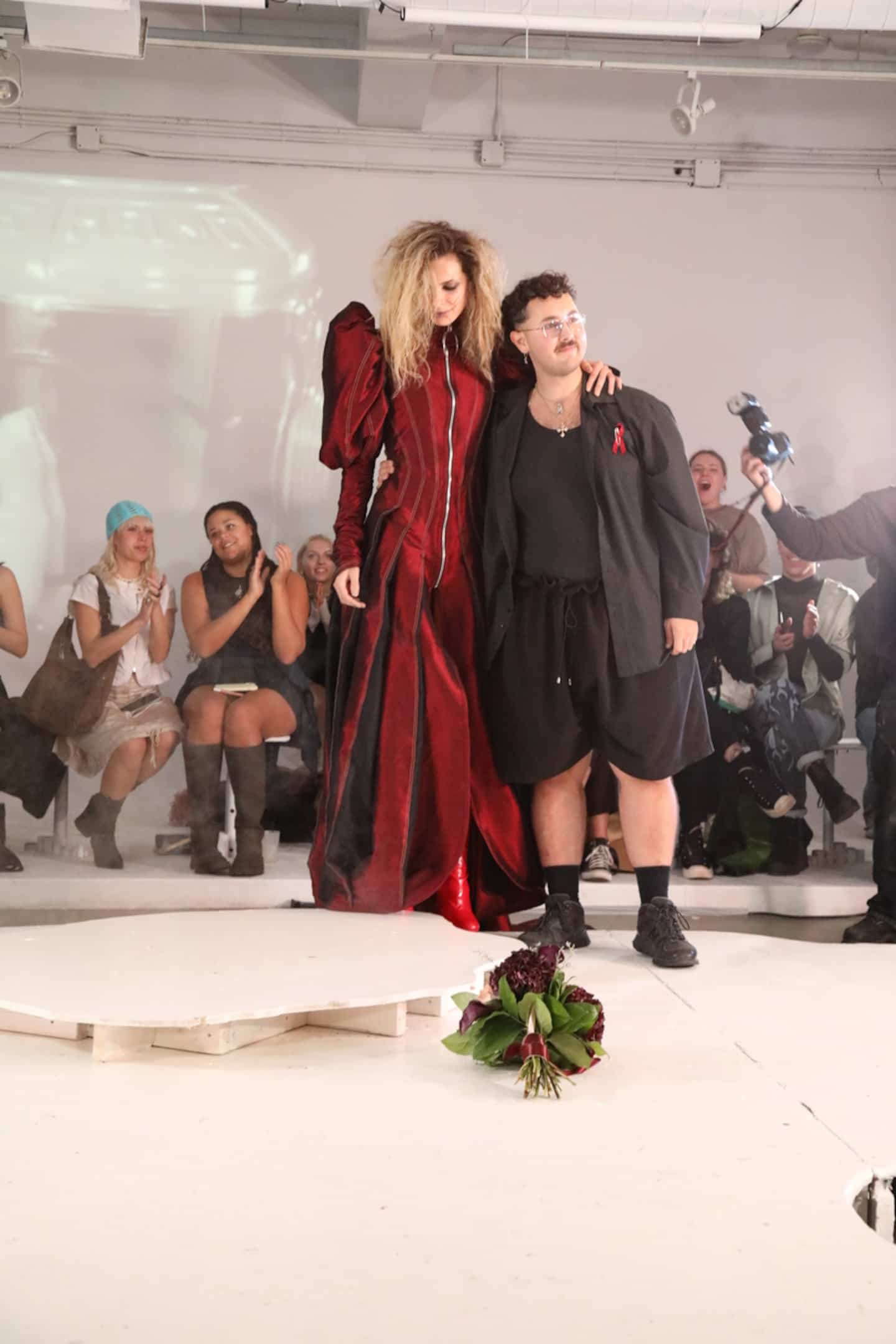 Shaken by HIV and COVID-19, young Montreal designer Gabriel Drolet-Maguire decided to tell his story and his clouded vision of the world in his work.

Her most recent collection, her third, "DEAR VICKY", the result of a few years of preparation, was presented for the first time in its entirety last weekend in Montreal as part of a fundraiser for the benefit of Lignes de loin, an independent non-profit organization that wants to promote young alternative designers.

““DEAR VICKY” was born because I felt there was misinformation about HIV. I wanted to express my fear when I received my diagnosis to make people think, explained Gabriel Drolet-Maguire in an interview. Then, Vicky, it's a fictional character who symbolizes HIV, it's an animal, a red snake that I tamed. “DEAR VICKY” is a dialogue with my HIV, this ugly misunderstood.”

“DEAR VICKY” also draws a parallel between the COVID-19 crisis and the global wave of HIV in the 1980s.

“It took three years to do this parade because of the COVID. It's a bit of history repeating itself," said the designer, deploring in passing that "the speed at which we reacted to the search for treatments for COVID versus HIV" was not the same.

Inspired by the 80s with elastane (spandex) and lycras, the collection opens on winter and death with bluish colors and gel as make-up. It evolves into dark reds, a reference to flesh and blood. Underwear and chastity belt dominate. The curve of the snake intrudes everywhere, especially on the last outfit presented, a red wedding dress, cinched in by a kind of corset and burlesque-looking puff sleeves, in iridescent taffeta.

Gabriel Drolet-Maguire thus mixes horror and the grotesque in these outfits revealing his vision of a society controlled by often unfounded fear.

"I'm going to look for some cheap 80s gore to bring back some humor, to show how ridiculous this fear of HIV is," he says.

Graduated in fashion design from UQAM in 2017, Gabriel Drolet-Maguire, in his late twenties, has two other collections to his credit: “SØRRY MØM”, which addressed his fight against methamphetamine addiction, and “HONEYCUM” , on the fear of giving HIV to others.

In the future, the designer wants a more joyful collection, but still committed. In particular, he would like to “tell the stories of others”.

1 The great crossings: epic from the Magdalen Islands... 2 Animals: Gabrielle Boulianne-Tremblay and her beautiful... 3 Drone strikes in Crimea: Canada refuses to comment... 4 Iran must be removed from the Commission on the Status... 5 Philippines storm death toll reaches 98 6 At least 120 dead in bridge collapse in India 7 “Ukraine will win this war” 8 Polling stations have closed, Brazilians hold their... 9 Elon Musk, new owner of Twitter, relays false allegations... 10 Berlin: Two environmental activists stick to a pole... 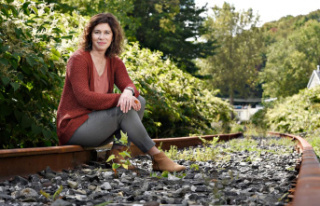 The great crossings: epic from the Magdalen Islands...