In less than two years, the number of private quick loan services has increased by 52% in Quebec. 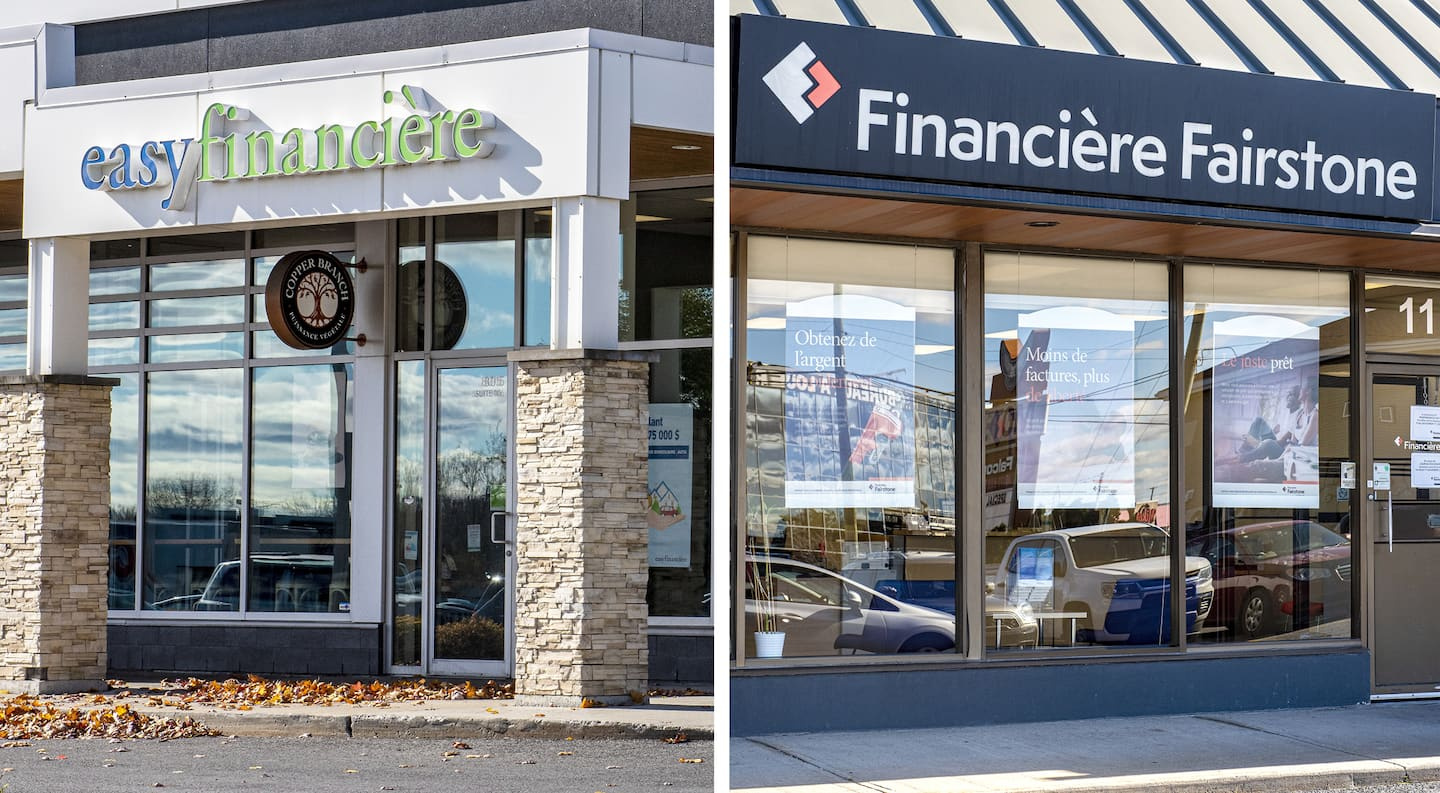 In less than two years, the number of private quick loan services has increased by 52% in Quebec. Today, Quebecers in need of money can obtain financing from a network of 145 lenders at interest rates of 35%.

• Read also: Should you pay off your debts with your RRSPs?

• Read also: No respite for the indebted: the Bank of Canada will further increase the key rate

Since the implementation of a specific permit for high-cost credit in 2019, the number of lenders in business in Quebec has increased sharply. At the end of 2020, the Consumer Protection Office (OPC) counted 95 permits. There are now 145, or 52% more.

“Obviously there's going to be a big growth because people are having a hard time making ends meet. The more people will be in financial difficulty, the more these companies will be able to take advantage of it,” said Pierre Fortin, president of trustee in bankruptcy Jean Fortin et Associés.

A quick loan company based on the South Shore of Montreal contacted by telephone confirms the increase in the use of quick loans: “Demands are higher, that’s for sure,” says Pascal Boivin, sales representative for Prêt Fidèle.

People who turn to these credits are often badly taken and desperate. They need money quickly to pay off other debts already incurred or meet an unexpected expense and do not have access to financial institutions, credit cards and lines. “Often it is bankruptcies, credit losses, divorces, or illness,” explains Mr. Boivin.

However, even if the lenders claim to help, the use of this type of loan can often worsen the debt situation. "It's really a plaster on the sore. The sad thing about doing that is that they just get bogged down more,” comments Mr. Fortin, from the bankruptcy trustee. The expert affirms that on the contrary it is often necessary to reduce its debt to be able to get out of the trouble.

Eight loans at the same time

“The problem with these loans is that if you take one, you will take others. People go to one lender, then to another and so on,” says Sophie Desautels, financial recovery specialist at Raymond Chabot Inc.

"When you're really at your wit's end, and all that matters is feeding your family, you're going to get yourself a $750 loan. But there, another glitch occurs. You go get yourself another loan to pay off the first one, and the wheel clicks into place. Most have two or three, but I've seen a few in the last year that have up to eight ready! “, she adds.

“We've helped millions of Canadians like you when the banks turned their backs on them. [...] We can get you the loan you need today. […] Our goal is to help you improve your credit, ”we can read on the Easyfinancière website.

The high-cost loan company has 29 branches in Quebec and promotes its services enticingly on the radio. However, when you go to its website, the bill announced is salty to say the least: 35% interest for personal loans. And it increases after doing the online simulation.

For $5,000 borrowed over 24 months, the bimonthly payment is $156. At the end of the 24 months, without any late payment, the borrower will have finally paid $8,139, or 63% more than the capital borrowed. In small print, we can read that insurance is added.

Other companies like Easyfinancière are well established and offer loans of up to $50,000. But the market also has a multitude of small lenders, whose activity is done entirely online. The Journal tried to meet several players. Well-established institutions refused to answer us this week. As for the smaller lenders, no employees worked at their office address listed on the internet.

A void created by the banks

If companies of this type abound, it is because demand is increasing and banks have, over the years, abandoned low- or less-profitable activities within their organization.

“The granting of loans for smaller amounts is obviously all the less profitable as the cost of this service is proportionally higher. If financial institutions continue to offer certain types of loans, they do so more for customers who are likely to obtain other products that are more profitable for them. Customers with lower incomes or with fewer assets are therefore being left behind, while the offers of small loans have practically disappeared from the range of services offered by financial institutions", can we read in a memorandum filed by the Union des consommateurs within the framework of the Consultation on the fight against predatory loans of the Ministère des Finances, which was held from August 9 to October 7, 2022.

The consumer advocacy organization “maintains that it is the social responsibility of these institutions, whose profitability is in no way at risk, to provide universal access to small loans to Canadians who need them”.

– With the collaboration of Sylvain Larocque

Only three years after new provisions in the Consumer Protection Act came into force, several high-cost loan companies have found tricks to charge rates of up to 200%, and complaints continue to pour in .

Sabrina Douwis worked in reception and investigations for the company Micro-Prêt, which no longer exists. “The person in charge of the company is returned to prison. He scammed everyone he asked for loans and invested the money in cryptocurrencies and hard-to-trace places. But it didn't end well for him. »

Fear for his safety

It is often difficult to obtain the address of a lending company. The reason is simple, according to Sabrina Douwis. “We don't want to see them, the customers! Everything is done over the phone. I received death threats. If people had come to see me, I wouldn't have tripped. Even my surname I did not give. Often I invented one because I did not want to be found. It's a matter of security. »

The company's collection methods were also questionable. Often, there were no funds in the clients' account. “We found a way to get our money directly from their pay, even if we weren’t allowed to do that. My boss would call the employer, and it worked a few times,” she says.

Customers are also sometimes “crooked”, she adds. Many falsify their bank accounts or lie about their identity to obtain a loan.

In the past, lenders were already using several subterfuges to add hidden fees and drive up the already steep bill.

“Administratively, we consider that 35% is the ceiling of the rates that they can claim in their contract, explains Charles Tanguay, spokesperson for the Office of consumer protection (OPC). For a long time we said: “I am not the one charging the $400, it is a loan broker, so you have to pay the broker.” But for us it was window dressing. »

In 2019, the government decides to close the door. High-cost lenders must now obtain a license from the OPC and include in their rate calculation all fees charged to the client.

“We thought we had filled that hole. But they invented the idea that you can charge fees when you do variable credit,” adds Mr. Tanguay. There is an exception in the legislation for variable credit to accommodate credit cards that charge an annual fee. It is therefore not necessary to have a permit to make variable credit and you can charge additional fees without including them in the calculation of the credit rate.

Some very high-cost lenders have understood this and have started to say that they do variable credit.

Guylaine Fauteux is a budget advisor at ACEF Lanaudière. She regularly helps people who have used high cost loans. And examples of abusive or dubious contracts, she has several.

For a loan of only $900, one of his clients was charged no less than $24 in membership fees per week. The lender claimed to do variable credit. Thus, in addition to an already very high interest rate, the borrower paid 12% in membership fees each month.

The budget advisor doubts that the information is transmitted to the clients.

Mr. Tanguay affirms that the OPC is aware of these issues and ensures that it conducts audits and investigations. Several criminal proceedings are also underway. “It is a permanent concern [...]. We are aware that it is really to abuse the most vulnerable people ”. According to its spokesperson, the OPC will make suggestions to the government to modify the law and plug the holes.

The federal government wants to fight abusive loans, as announced in the 2021 budget. To this end, it has launched a consultation on the reduction of the criminal rate provided for in the Criminal Code of Canada, which applies in particular to loans installments offered by payday loan companies.

David Descôteaux, The Journal of Montreal

In 1980, the Canadian government, for the first time, defined in section 347 of the Criminal Code the criminal interest rate. This rate, which stands at 60%, has not changed since.

Here is what Ottawa must take into account in its reflection.

Consumer advocacy groups put forward their views, but also the Canadian Lenders Association (CLA), which “supports the growth of banking and non-banking businesses that are in the lending business.”

In its brief, the organization argues, among other things, that if the government's intention is to protect Canadians from predatory lending, it would be counterproductive to eliminate access to middle market loans, when consumers rely on access to credit for their day-to-day financial needs.

“The need and demand for credit will not diminish, but many consumers will be forced to turn to less desirable and more expensive, even illegal, sources of credit,” reads the brief filed by the CLA. “There are many ways to help Canadians, but reducing the maximum interest rate allowed in the Criminal Code of Canada will have unintended consequences that will hurt more Canadians than it helps,” warns the Minister. 'organization.

The consultation was organized from August 9 to October 7, 2022.

1 The Caisse de depot is betting big in Australia 2 Stampede in Seoul: “a disaster that should not have... 3 Here are the deadliest crowd movements in ten years 4 Liz Truss' cell phone hacked by Russians? 5 Deadly stampede: Biden 'stands with South Korea' 6 Democracy in danger in Brazil? Everything you need... 7 Russia suspends participation in Ukrainian grain export... 8 [IN PICTURES] At least 151 dead in a stampede during... 9 Milwaukee: Customers Dressed As Jeffrey Dahmer Won't... 10 Leader of one of Haiti's main political parties... 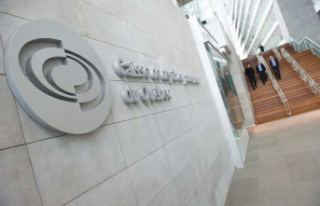 The Caisse de depot is betting big in Australia