Demography: regions revitalized by the pandemic

Many city dwellers wanting to escape the stress caused by the pandemic have succumbed to the great seduction of the regions to rebuild their lives, to the great pleasure of several MRCs which have been facing a decline for years. 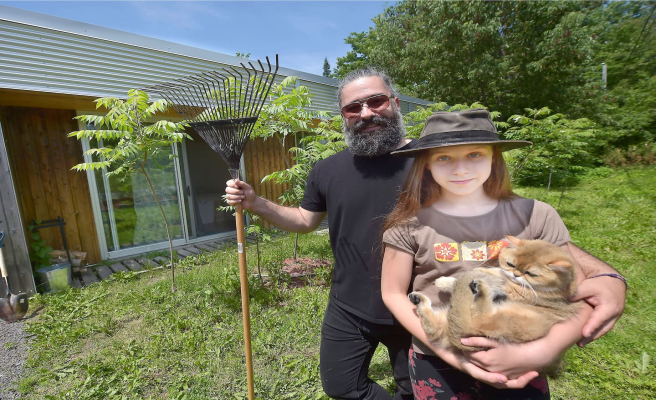 Many city dwellers wanting to escape the stress caused by the pandemic have succumbed to the great seduction of the regions to rebuild their lives, to the great pleasure of several MRCs which have been facing a decline for years.

Over the past two years, some twenty regional county municipalities (RCMs) that had just experienced several consecutive years of decline have seen their population rise again.

This situation would be intrinsically linked to the pandemic and the urban exodus it has generated, according to stakeholders questioned by Le Journal. And several municipalities are jostling to capitalize on this desire to reconnect with nature (see other text below).

“People wanted to get out of downtowns, out of urban settings, to gain space. […] Experiencing the pandemic here, unlike the big cities, was not difficult, ”says Claire Bolduc, prefect of the MRC de Témiscamingue.

"Telecommuting, which has become very common over the past two years, has definitely had a big impact on people who have come to settle in the region," explains the director general of the MRC des Etchemins, Judith Leblond.

Alexis Beaudet is one of those people who traded the stress and busyness of city life for the peace and space of the region.

In December 2020, the single-parent father, who had just obtained full custody of his 11-year-old daughter, sold his small Montreal loft to settle in Victoriaville, in the Centre-du-Québec region, a few months later and “ put down roots on good foundations".

“Being stuck in four walls with almost no way to go out or see our loved ones made me think. I wondered what I could do to provide a good environment for my daughter. She was my priority,” the 37-year-old explained.

Mr. Beaudet has fallen in love with the region and its character so much that he is trying to encourage his family and friends to settle there.

“The pandemic was the ideal context to take that bet. And I think I won it! “says the one who became a pedagogical adviser at the Cégep de Victoriaville.

Victims of their success

Stories like this, elected officials from Gaspésie have also heard a lot over the past 24 months. So much so that several RCMs are now victims of their own success.

Not so long ago, the region had to deal with significant decline, closures of schools, services and businesses. But the trend has reversed, and the attractiveness of the region in the midst of a health crisis has something to do with it, we are assured.

“Now there is a lack of space in schools, in day care centres, in housing. For me, it's a great problem because it shows that vitality is coming back," explains the prefect of the MRC du Rocher-Percé, Samuel Parisé.

Contests, free land, free house rentals, real estate subsidies, tax freezes... Municipalities are ready to do anything to attract families and entrepreneurs to their fold.

Last year, the MRC de Montmagny gave away land, as well as the free rental of a house for one year, in order to encourage families to settle in the village of Sainte-Apolline-de-Patton to save the local primary school which was threatening to close.

“We were expecting 20 or 25 registrations. We finally had more than 300. Clearly, there are a lot of families who were thinking about it, ”says Nancy Labrecque, director general of the MRC.

Building on this enthusiasm, the organization is back this year with a new competition, accessible until October 31. This time, $100,000 will be awarded to an entrepreneur who intends to carry out a project in the region.

The latter will also benefit from free housing for one year in Sainte-Lucie-de-Beauregard, in addition to rental space worth between $500 and $1,000 per month.

Other localities are also going out of their way to improve the attractiveness of their hometown. In Val-Alain, in Chaudière-Appalaches, a building land donation program covering an area of ​​approximately 1,400 square meters was launched on May 9.

Two of the three lots to be donated are still available, but the municipality is also offering land at $0.95 per square foot, as well as an $8,000 grant to build a house.

On the Gaspé side, it is more the real estate developers who are targeted by the incentives. Two million dollars in subsidies have been released in the last two years to encourage the construction of housing.

“Contractors can fetch up to $10,000 per door. Other amounts may be added, depending on the location of the project,” explains Éric Dubé, Warden of the MRC de Bonaventure. 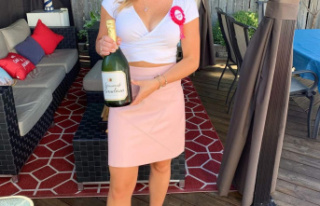 Bridesmaid victim of a violent hit and run