Diagnoses on the rise in Quebec: Crohn's disease strikes children

The number of children with Crohn's disease has been skyrocketing for more than 10 years in Quebec, a mysterious incurable diagnosis for which doctors still have no clear explanation. 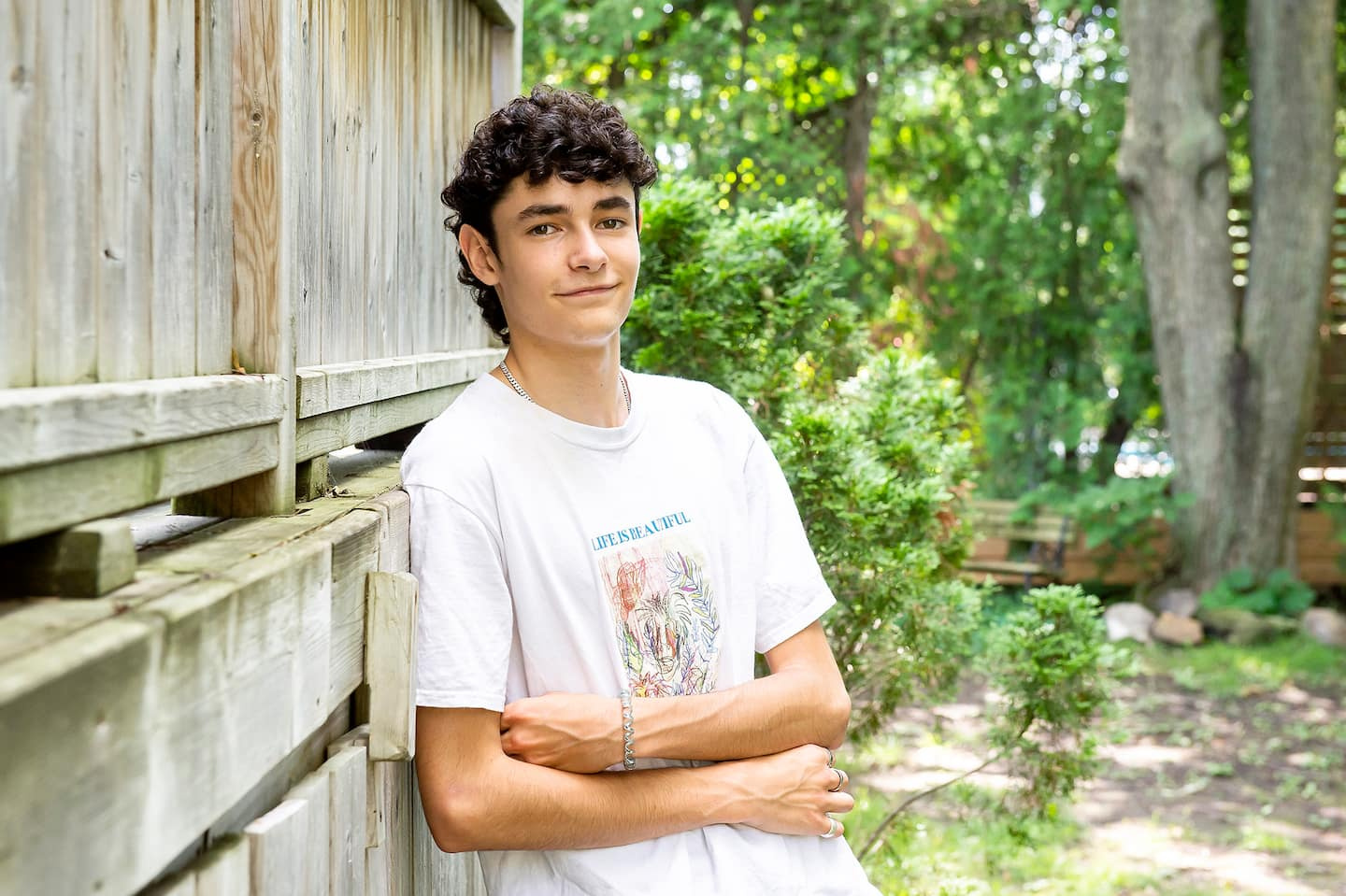 The number of children with Crohn's disease has been skyrocketing for more than 10 years in Quebec, a mysterious incurable diagnosis for which doctors still have no clear explanation.

"It's been growing for years. [...] Canada is one of the countries with the highest rate of inflammatory disease in the world,” says Dr. Colette Deslandres, head of gastroenterology at the Sainte-Justine University Hospital Center (CHU).

Since 2009, cases of inflammatory bowel disease have increased by 86% in Sainte-Justine. Crohn's disease accounts for two-thirds of cases.

This incurable disease causes inflammation of the lining of the digestive tract and disrupts the digestion of food. In patients, certain foods can be seizure triggers.

Stomach pain, blood in the stool, weight loss: all kinds of symptoms are possible.

“I have patients who protect themselves by stopping eating, because it hurts them every time,” laments Dr. Deslandres.

Obviously, the announcement of the diagnosis is difficult for the families, who will have to deal with an incurable disease and regular treatment at the hospital.

"It's a slap in the face when you get that," she says. We see the look of the parents stunned when we talk to them. »

"It's hard to say it's a chronic disease with no cure for now," adds Dr. Laurence Chapuy, pediatric gastroenterologist at the Montreal Children's Hospital.

Last year, 156 new children were diagnosed at Sainte-Justine, for a total of 779 patients followed. At the Montreal Children's Hospital, 75 new cases have also been added.

“Fifty years ago, it was a disease that hardly existed,” notes Dr. Chapuy.

Why are cases increasing? Dr. Deslandres replies that the person who finds the answer “is going to win the Nobel Prize”. Several factors are still identified, including processed food, urban life and genetics.

At Sainte-Justine, the vast majority of patients are diagnosed in adolescence, around 13 or 14 years old. However, since 2009, 5% of them (67 children) were under six years old.

Dr. Deslandres also rejects the hypothesis that the increase in cases is linked to a better diagnosis. “Our diagnostic tools have been very good for twenty years. We really see more of it, ”she says.

Although the disease is incurable, medication helps put it to sleep (called remission). Even if the patient no longer has symptoms, treatment is essential.

“If we stop everything, we are playing with fire and it will resume,” says Dr. Deslandres.

In the worst case scenario, the patient has to have part of the intestine or even the entire digestive system removed and live with a sac, which is very rare in children.

Despite everything, Dr. Deslandres notes that patients have had a much better quality of life for 20 years. Treatments are more targeted and have fewer side effects.

She is also hopeful that a cure will be found.

“There is a lot of research being done,” she encourages herself.

Despite being diagnosed with an incurable disease for which he will have to take medication all his life, a 16-year-old remains positive and hopes for the discovery of a cure.

“For now, I live very well with it! If my treatments continue well, I don't see what the problem would be. It's well managed and I have almost no symptoms, ”says Victor Chevalier, who has no embarrassment to talk about his Crohn's disease.

"It's zero taboo, my friends know it. I talk about it openly,” he said.

Of course, living with an incurable disease that requires monthly hospital treatment can make patients dizzy or discouraged. However, the teenager from Boucherville is delighted to have a “normal” life like his friends, and practices several sports (hockey, football, soccer).

The only exception, the young man does not tolerate strawberries.

“It doesn't work for me! One or two, it doesn't matter. But if I eat too much, my stomach hurts, he says. »

In Victor's case, the symptoms came on suddenly, when he was 11 years old.

“I was starting to have a stomach ache, and there was blood in my stool. It rang the bell,” he recalls.

After examinations at Sainte-Justine Hospital, the diagnosis was quickly made. The child had an abscess and lesions in the intestines which caused him a lot of pain.

Hospitalized, the child lost around 7 kg (15 lb), and had a lot of stomach aches.

"He hardly ate, it was difficult, that period," recalls his mother, Geneviève Bédard.

Herself having been diagnosed with the same disease in her late teens, she had always dreaded passing on Crohn's to her sons.

Victor's diagnosis has also "turned her upside down".

After the diagnosis, the boy was started on intravenous medication every six weeks. After a few months, they finally found the right dosage.

"Once it was well dosed, it was fine," says his mother.

For the next four years, the teenager had no active phase of the disease. Last year, Victor developed severe psoriasis on his head, a side effect of treatment.

Treated in dermatology with all kinds of creams and drugs, Victor finally changed his medicine. Since then, everything “is well controlled”, and the psoriasis is gone, to his great relief.

Optimistic for the future

“Psoriasis affected me more than my illness, I was really looking forward to it being over! “, admits the teenager, who is not demoralized by the monthly visits to the hospital.

“There are other illnesses that can be more serious. I was lucky in my misfortune. »

Optimistic, the one who aspires to become an electrician or a physical education teacher dreams of the day when a cure will be discovered.

“Science does a lot of things. You would think that in the near future, we will find a cure for this. It could be possible,” he says.

Increase for this period: 86%

What is Crohn's disease?

It causes inflammation of the lining of the digestive tract and disrupts the digestion of food and the absorption of nutrients.

It is chronic and incurable, and patients must take medication to avoid “active” periods of the disease (ulcers, pain, blood, etc.).

It accounts for two-thirds of inflammatory bowel diseases.

In adolescents, boys are more affected than girls (1.5 to 1)

In the most severe cases, surgery is needed to remove part of the bowel, or completely remove it.

Factors that favor the onset of the disease

1 Japan: search of a former senior official of the Tokyo... 2 Israeli army destroys homes of Palestinians accused... 3 Drop in gas deliveries: Europe must free itself from... 4 Governor General Acknowledges Apology from Pope Francis 5 Airbus tested its A400M transport plane as a water... 6 Japan's Emperor Emeritus treated for heart failure 7 Today's weather: beautiful summer day in southern... 8 Scientific fraud: the opportunity made the thief 9 Seduction: I pity the lovers of 2022 10 The king of fake news in Quebec! 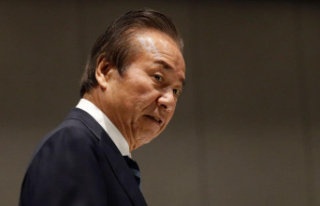 Japan: search of a former senior official of the Tokyo...