Disappearance of Mélissa Blais: bones found in Lac-Saint-Jean give hope

The family of Mélissa Blais, missing for almost five years, is on the alert after the discovery of bones in Lac-Saint-Jean. 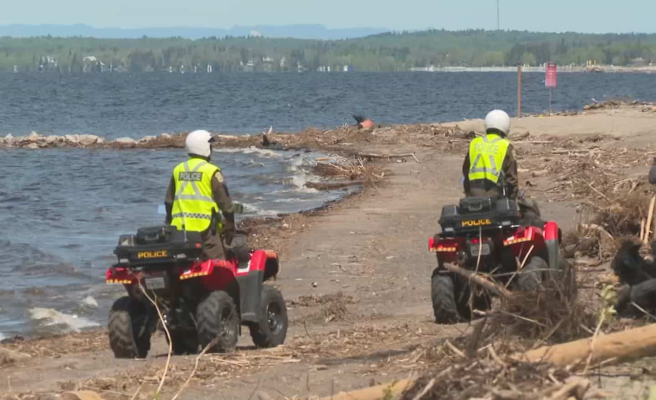 The family of Mélissa Blais, missing for almost five years, is on the alert after the discovery of bones in Lac-Saint-Jean. They wonder if it could not be the mother of the family.

Last week, human remains were found in Métabetchouan–Lac-à-la-Croix. In particular, a foot bone, that of a lower body and women's clothing were sent to a laboratory for analysis.

The assumptions are linked, especially after an investigator from the Sûreté du Québec asked the name of Mélissa Blais' dentist to her family a week before the discovery. "In my head, it's one plus one makes two. Why didn't you ask me that almost five years ago? You asked for the toothbrush, the hairbrush for the DNA”, asked the sister-in-law of Mélissa Blais, Sylvie René.

Since then, the relatives have not heard from the investigators. The last phone call gave them some hope that there was something new in the investigation, but nothing was mentioned to the family who are trying to find answers. “I would like us to go back. Let them reassure the families. I know you might be worried, a week before you got a call from us, it's that or it's not that. We are on it”, gave as an example Ms. René.

For her part, the half-sister of Mélissa Blais, Manon St-Pierre, also wishes to obtain answers, but she raises the concern that these scenarios bring. Each time a lead is not the right one, the family experiences great disappointment and hope dwindles.

Now they can only wait for the results of the analysis to see if it is indeed the missing person. So far, the police have reportedly found nothing since the disappearance of Mélissa Blais who was last seen in Louiseville in November 2017.

"My first thought was it's much too far from the Saguenay! But afterwards it is: she disappeared at two o'clock in the morning, there is time flowing there, ”explained Ms. René.

Well involved in research, the organization “Murders and disappearances unresolved in Quebec” pleads for information such as dental impressions to be requested in the year following the disappearance. Otherwise, this information may become more difficult to find over time.

"I just called the Order of Dentists who explained to me that after five years usually [it was at the discretion] of the dentist to dispose of a patient's file", underlined the president and founder , Stephane Luce. In the case of Mélissa Blais, if she had not gone to the dentist two years before her disappearance, image M. Luce, almost seven years would have already passed.

Manon St-Pierre and Sylvie René are aware that the analysis could take a few more weeks and that they will have to wait. They hope at least that if it is not them, that another family can have some answers to their questions.

1 300 people demonstrate against the tramway 2 Cigale Festival: a real obstacle course 3 The Islanders thrash the Cataracts in Shawinigan 4 The “Bolts” have the wind in their sails 5 A policeman and a citizen save three lives 6 At least one firearm projectile impact on a residence... 7 A US$9.2 million house for an Airbnb king 8 Quebec refuses to review loan to Sonder boss 9 “We put ourselves in danger every night” 10 The Caisse must be more transparent about its acquisition... 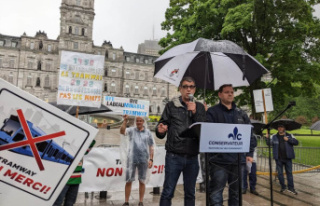 300 people demonstrate against the tramway