Discover accessible board games for the whole family

It's always nice when you can find a game that appeals to everyone and is simple in mechanics and understanding. 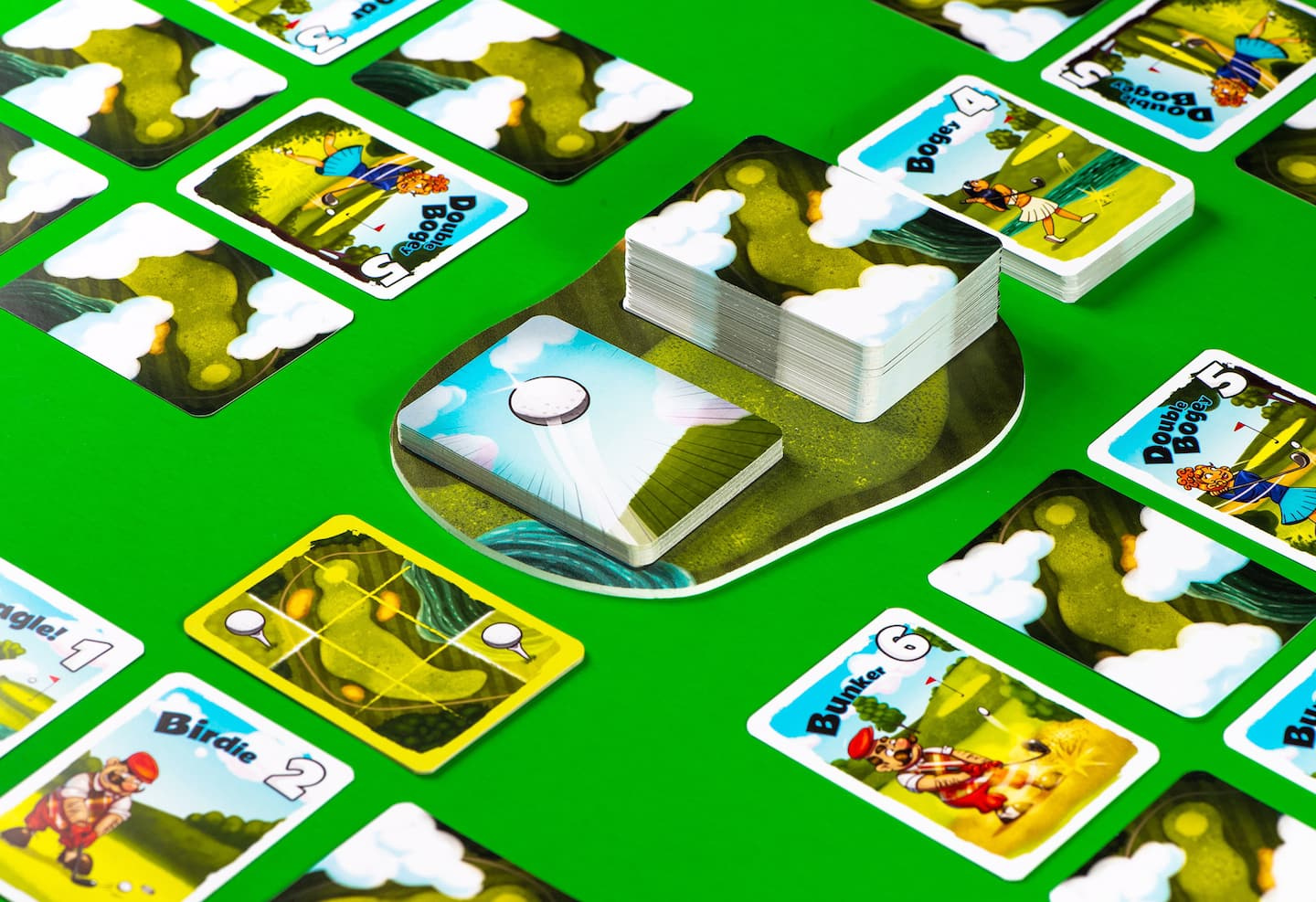 It's always nice when you can find a game that appeals to everyone and is simple in mechanics and understanding. We have little nuggets of the genre on hand. Here are games whose box you open to be ready to play the first one in 15 minutes flat.

This is an entirely Quebec game created by Jimmy Dorion and illustrated by Mylène Villeneuve. It was printed and published in Quebec. You can't get more fleur de lys than that.

And it's not to do a flower to the game that we offer it to you, it's first of all because it is very good and that it offers the choice to play solo, in a team or even against each other with a possibility of eight players. And the mechanics ensure that the game will not be longer than there are two or eight of us.

We are here in front of a very successful golf simulation where we have the choice of playing a 9 hole or an 18 hole. You won't want to stop fresh, we assure you.

This is a card game. There are cards that represent the number of moves. These range from one to six strikes. There are also 1 cards which will add to your score.

At the start of the game, each player receives nine cards which he arranges in three columns of three, face down. Everyone turns over a card of their choice in the top row and in the bottom row and the game begins.

To progress the game, there is a stack of action cards that are turned over one at a time and all players apply the action. There are cards that target one or more places in the player's card tableau. You can then turn the card over if it is not, or move it with an adjacent card. The golf kart allows you to do the same thing, but with the map of your choice. Then there are the holes, you then have to pick a card from your top row and the value of that will go on your scorecard.

You can also make combos, that is to say, make a row or a column of three identical cards. If so, the three cards are discarded and replaced by three others from the draw pile which will be placed face down. A combo subtracts two points from your score.

It's super efficient, there's no downtime and you want to play again right away to improve your score.

In the heights of the Himalayas, the yak is an essential beast. Here, she becomes a carrier of resources and stones that will be useful to you.

Because to find their way in the fog, the inhabitants of the place make stone pyramids. Your goal will be to collect resources that you will exchange for stones in order to build your pyramid.

This is a game that is perfect for young players who are ready to take the next step. It is not complex, but it does require a bit of anticipation and preparation.

The central board represents a village around which the players settle. There are four very pretty yaks and their resourceful carts.

Each player has action cards and before the start of a round, everyone chooses one and places it in front of them, face down. This is the action the player will perform this turn. In particular, we can harvest resources from the cart in front of us or put them back in to take stones. But there are restrictions, some carts do not accept certain resources.

When you take stones, you add them to your wall. And beware of the rising fog... and changing the direction in which the carts are moving.

The game ends when a player has completed his pyramid. You score points for the number of stones of the same color, but also for the groups of stones according to the number you have.

It's quite simple and fun, and it's a good entry point into harvest and delivery type games.

This party game, whose goal is to give the same answers as everyone else and which we explain in 30 seconds, will generate laughter. We have a pen with cow tokens and a big pink cow. And each player receives a sheet of paper and a pencil.

A game leader called a cowboy or cowgirl reads a card that has an affirmation on it. All players, including the game master, write their answer.

The answers are then revealed one after the other. Players with the most popular answer receive a cow token. It takes eight to win.

But be careful, there is the big pink cow. This is given to a player who has given an answer that is unique, that no one else has written on his card. And when you have the pink cow, it's impossible to win, even if you have eight cows. You have to wait for another player to give a unique answer to pass it on to him.

No more complicated than that. It is perfect as an aperitif to entertain adults and children at the same time.

1 Mario Strikers: Battle League... exhilarating! 2 Under the charms of Victoria 3 Montreal must learn from Toronto 4 Motorcycle accident: a father almost stayed there 5 More than 1,000 dead or injured by bullets in four... 6 A pastor tired of having a funeral 7 An upcoming debate on the charter, says Jolin-Barrette 8 Hospital changes approach to victims 9 Tom Thibodeau: A star coach linked to La Pocatière 10 "The best captain in my life" - Vasilevskiy 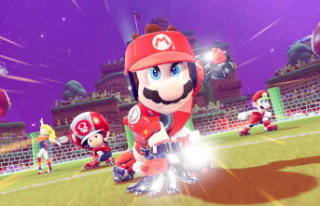