Domestic violence: the system failed to protect this family

The system failed a mother and her children by failing to protect them from a violent and controlling husband, who only had to flout court orders to accomplish his nefarious plan to kill them, coroner says . 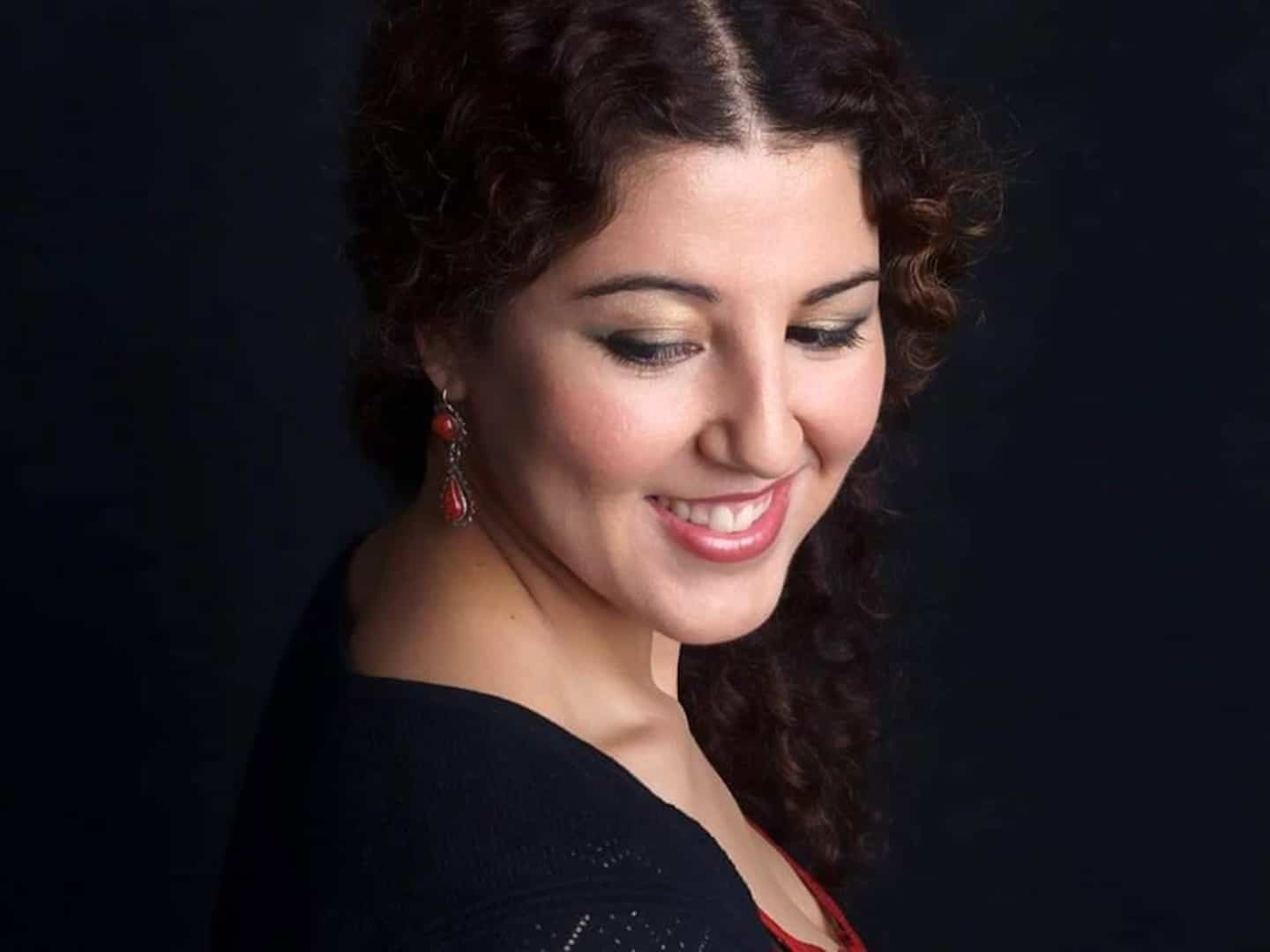 The system failed a mother and her children by failing to protect them from a violent and controlling husband, who only had to flout court orders to accomplish his nefarious plan to kill them, coroner says .

"This woman trusted a doctor, the police, a counsellor, a therapist, prosecutors, a civil lawyer and judges to protect her and get her out of the cycle of domestic violence, but... c It is the whole of society that has failed to protect this woman and her family", summarizes Me Alain Manseau, in his investigation reports on the death of a woman and her two children, killed in Pointe-aux-Trembles by the father, who committed suicide.

On December 10, 2019, Nabil Yssaad threw himself down from the 6th floor of a hospital near Joliette. Unable to reach relatives to announce the death, Montreal police patrol finally entered the residence of his ex, Dahia Khellaf.

In the master bedroom, a horror scene. The mother and her children, Aksil, two, and Adam, four, were lying in bed. The bodies had been disposed of "elaborately and theatrically", writes the coroner. The victims were strangled, possibly with wires from an electronic device.

They were neither knocked out nor drugged. They did not struggle either, which suggests that they were killed in their sleep, notes the coroner in his detailed reports, which will be made public tomorrow, and of which Le Journal has obtained a copy.

It was after committing the irreparable that the 46-year-old father would have gone to Lanaudière, would have targeted the tallest building, "thus taking the last control of his life by a leap towards death".

Five days before the tragedy, Nabil Yssaad lost custody of his children. That same day, he was acquitted of death threats and armed assault on his ex. She now refused to testify against him, but a prosecutor would never have tried to find out why or even to convince her, deplores the coroner, who noted several shortcomings of the judicial stakeholders on this occasion.

The parties instead opted for the man to sign a commitment not to contact her again, called an “810”, acknowledging that his wife had reason to fear for her life.

A “placebo” measure, which turned out to be useless.

“Losing all control over the daily lives of his wife, children and his own by court order, blinded by his own violence, resentment and desire to avenge his loss of marital and family control, M. is most likely planning [ the murders] in the following days”, summarizes the coroner.

Suspecting for a long time a mental health problem in her husband, and victim of his violence, Mrs. Khellaf has however multiplied the requests for help, in vain. For example, her doctor instead suggested that she "not upset her husband or push him to the limit".

According to the coroner, the victims could have been saved if Mr. Yssaad had had an electronic geolocation bracelet imposed on him: on the evening of the tragedy, the police could have intercepted him.

Even if the victims did not manage to be saved, the coroner does not blame the responders directly, but rather the system: "This family was not able to benefit from a convincing social and legal safety net...because no net of this order did not exist in 2019, ”he says.

And if since then measures have been put in place, such as the Court specializing in domestic violence, it is necessary to eliminate the intervention in silo, he believes.

Alain Manseau issued many recommendations to ten organizations, including the DPCP, the Department of Justice and the Chief Justice of the Court of Quebec.

"Familicide is not a news item, but a societal problem," he adds.

After abandoning the murdered bodies of his family, Nabil Yssaad probably left in his wife's satchel his copy of the court documents prohibiting him from approaching them.

A real snub to justice and the protection system that he was able to circumvent in a jiffy, believes coroner Manseau.

“Cynical, he thus takes revenge on authority. He probably wanted to demonstrate that he had the ultimate power of life and control over his wife, children and himself,” he wrote in his investigative reports.

The document in question is the "respondent's copy" of the section 810 order, delivered to Mr. Yssaad at the Montreal courthouse five days before the tragedy, prohibiting him from approaching his victim. According to the coroner, it is very likely that the violent man himself inserted the document into the purse of his ex, left near the door of his room, after having strangled her.

The coroner was not kind to the prosecutors of the criminal and penal prosecutions who succeeded in this file which had just been closed. He criticizes them for not having bothered to impose more severe conditions against the abusive husband, in order to protect the victim.

Especially since Mr. Yssaad had, on numerous occasions, shown contempt for the justice system. He lied about his address, neglected to follow a psychiatric evaluation despite the recommendations of a police officer, a psychosocial worker and doctors, in addition to being rearrested during the proceedings for non-compliance with the conditions.

Moreover, the day he was acquitted, he once again showed his arrogance for the justice system: when the judge asked him if he intended to respect the ban on contacting his victim, he replied that he was already communicating with and seeing the children.

Despite everything, no more severe condition, aimed at protecting the victim, was imposed. Five days later, he took action.

"Why did these omissions not arouse the prosecutor's and/or the court's suspicion of Mr. Yssaad's penchant for hoaxing and the obvious risk of this man's non-compliance with the conditions of his recognizance? imposed by an 810, as he has already proven by his disobedience to the conditions of provisional release on several occasions? asks the coroner.

During her toxic relationship with her violent spouse, Dahia Khellaf has already found a knife in her bed. Questioned to this effect, Nabil Yssaad simply replied: “That’s how it is. »

In the summer of 2018, the woman understood that if she stayed close to her husband, her life was threatened, notes coroner Alain Manseau, in his reports on this decimated family in December 2019.

Constantly upset, the man had disproportionate and violent reactions towards her. Her fear was constant, so much so that at one point, when they were doing housework and a quarrel had broken out, she had had the reflex, "by instinct", to dismiss a screwdriver lying near him.

In order to fully understand how the relationship between Nabil Yssaad and Dahia Khellaf could have ended in a bloodbath, Me Alain Manseau has indeed drawn a portrait of their romantic and family situation.

After an arranged marriage in Algeria in 2012, the man came to join the woman in Quebec two years later. As soon as he arrives, he is jealous, controlling and reductive towards her. The woman is rather described as being open to the modern world and autonomous.

During the fights, she uses psychology and tries to remain calm to defuse the situation. But the violence escalates. He threatened to pierce her eye with scissors, tackled her to the ground during a banal fight and also bit her hand to make her drop documents.

" You know what ? I will kill you, I will cut you into pieces, I will go to prison and the children will be taken care of by the government”, the man told him with a smile, in May 2018.

This threat was the final straw. She filed for divorce. And after having cashed in for too long for the sake of the children, she filed a complaint against him.

A few days before the tragedy, Ms. Khellaf had confided in a relative concerning the mediation for the divorce which was beginning. She was then said to be frightened of the reaction of her ex, while miming a gesture of strangulation…

In his inquest reports on the tragic deaths of a mother and her children at the hands of a violent spouse, who failed to be protected by the system, the coroner issued no less than 32 recommendations, to the attention of 10 different organizations. Here are a few :

Director of Criminal and Penal Prosecutions of Quebec (DPCP)

(In his report, the coroner notes that the prosecutor in charge of the case at the time of Nabil Yssaad's acquittal had only a few months of experience within the team specializing in domestic violence. He wrote this: "All the good will or the short training of a prosecutor on the issue of domestic violence cannot be enough to deal adequately with domestic violence cases, even if he is a very competent lawyer [...] This unit cannot be a school for junior prosecutor.”)

Chief Justice of the Court of Quebec

(Reacting to the fact that the judge who allowed the charges to be withdrawn without imposing further conditions, the coroner wondered: "Does this apathy of a judge of the Court of Quebec, sitting in matters of domestic violence, reflect a poor knowledge of the issue of domestic violence? Is there a lack of basic and/or continuing training of the judiciary on this issue? Why does the justice of the peace only rely on the judgment of two auxiliaries of the justice (lawyers) and their negotiated agreement to make an 810 order for domestic violence?”)

(In his report, the coroner writes that a "concerted intervention between the various ministries [...] and the other organizations dedicated to a targeted intervention in matters of conjugal violence with accompaniment of the aggressors and the victims, [...] is probably, with ongoing training in this area, an interesting avenue to develop to fight against domestic violence and prevent such murders from occurring again, or at least reduce their occurrence.”)

At the College of Physicians

(In his report, coroner Manseau criticizes the family doctor to whom the victim described the toxic family context of blaming her by asking her not to “push” her husband. The coroner writes: “Why is this doctor, who has privileged information on death threats and the gradation of violent acts of the spouse towards his spouse, does he not override his professional secrecy to report the situation to the police authorities and to an organization dedicated to the accompaniment of a man in the context of domestic violence? He could have participated in the development of a safety net for this woman and these children.”)

At the Ministry of Immigration, Francisation and Integration

1 A major cybersecurity event in Montreal in November 2 The Port of Quebec abandons the idea of ​​an expansion... 3 Web poll: festival-goers want Eminem on the Plains 4 Gasoline: voracious, very voracious, the gas stations... 5 Price increases of 6% in eight months at Dollarama 6 Couche-Tard could buy Petro-Canada stations 7 The subscription invades the world of the car 8 A motorcyclist injured by bullet in Beauport 9 Syria breaks diplomatic relations with Ukraine 10 Greece: the fire ravaging the northern suburbs of... 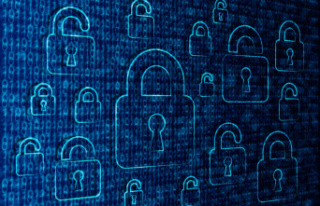 A major cybersecurity event in Montreal in November