Drug trafficking on Snapchat: families of victims call on social networks to act

Families of teenagers who died after consuming adulterated drugs purchased via Snapchat or other social networks called on these platforms on Monday to act against this scourge. 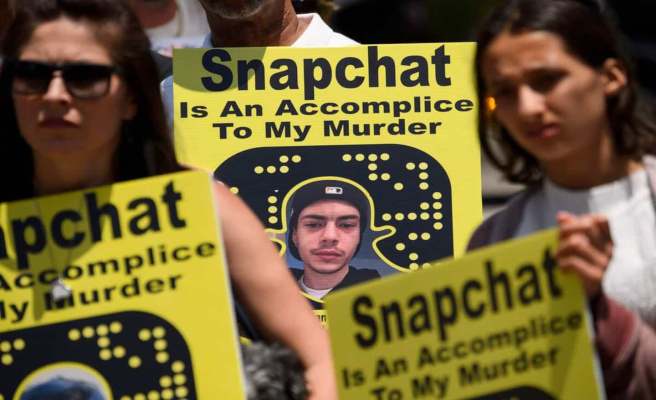 Families of teenagers who died after consuming adulterated drugs purchased via Snapchat or other social networks called on these platforms on Monday to act against this scourge.

"I am here to warn people about the dangers of social networks through which drugs and other crimes come into our lives, through our children," Sam Chapman, who came to demonstrate outside Snapchat's headquarters, told AFP. a popular video and photo sharing application for young people in Santa Monica.

His son Sammy died in February 2021 from poisoning with fentanyl, an extremely potent and addictive opiate he was unaware of in the drug pill he got from Snapchat. Sammy should have celebrated his 18th birthday last weekend.

The teenager was in his room one Sunday evening, watching the final of the American football championship. “About an hour after bringing him food, we found him dead on the ground in a characteristic posture,” said Mr. Chapman, 57.

"He had stopped breathing, had fallen backwards from his chair and choked on his own vomit", a situation unfortunately very common among young people who think they are using recreational drugs but who unknowingly ingest fentanyl, he says.

Of the 107,000 overdose deaths recorded last year in the United States, 70% were caused by "fentanyl poisoning", the leading cause of death now for Americans aged 18 to 45, associations indicate. origin of this event.

According to Sam Chapman, a drug dealer had simply contacted his son on Snapchat, presenting him with a real “menu” with pills of all colors. “And at the very bottom, he said that he ensured the deliveries (…) as if it were a pizza”.

For Mr. Chapman, “Snapchat has become like the dark web for children”.

Like the other families of victims, he asks Snapchat and other favorite platforms for young people to take concrete action to stop this phenomenon.

"We have worked tirelessly to help combat this national crisis by eradicating illicit drug sellers from our platform," a Snapchat spokesperson told AFP.

The Californian firm adds that it uses state-of-the-art technology to “proactively detect and close accounts” of dealers on Snapchat and block results related to narcotics in its search engine.

But for Sam Chapam, the system simply does not work because the dealers use emojis and code words that are not blocked.

The victims' association VOID wants social networks to be held responsible for what happens to their users on their platforms, which is not currently the case. "If you're in a supermarket and you slip and fall, you can chase them," the VOID president pleaded at the protest.

The law currently governing these platforms “was written in 1996. Lawmakers had no idea what the internet would be like today,” he insists.

1 Parliamentary inquiry into Capitol assault: Trump... 2 The Rocket forces a 7th game! 3 Jay Du Temple in residence 4 Ottawa will suspend the vaccination requirement for... 5 [IN IMAGES] Saguenay: a house washed away during a... 6 The great F1 circus is back in Montreal 7 Race Across America: A Human Experience First 8 A beautiful role "fallen from the sky" 9 Oliver Stone will spend a week in Quebec 10 Pamela Ware is still struggling to turn the page 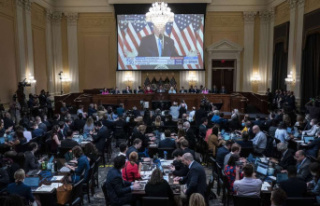