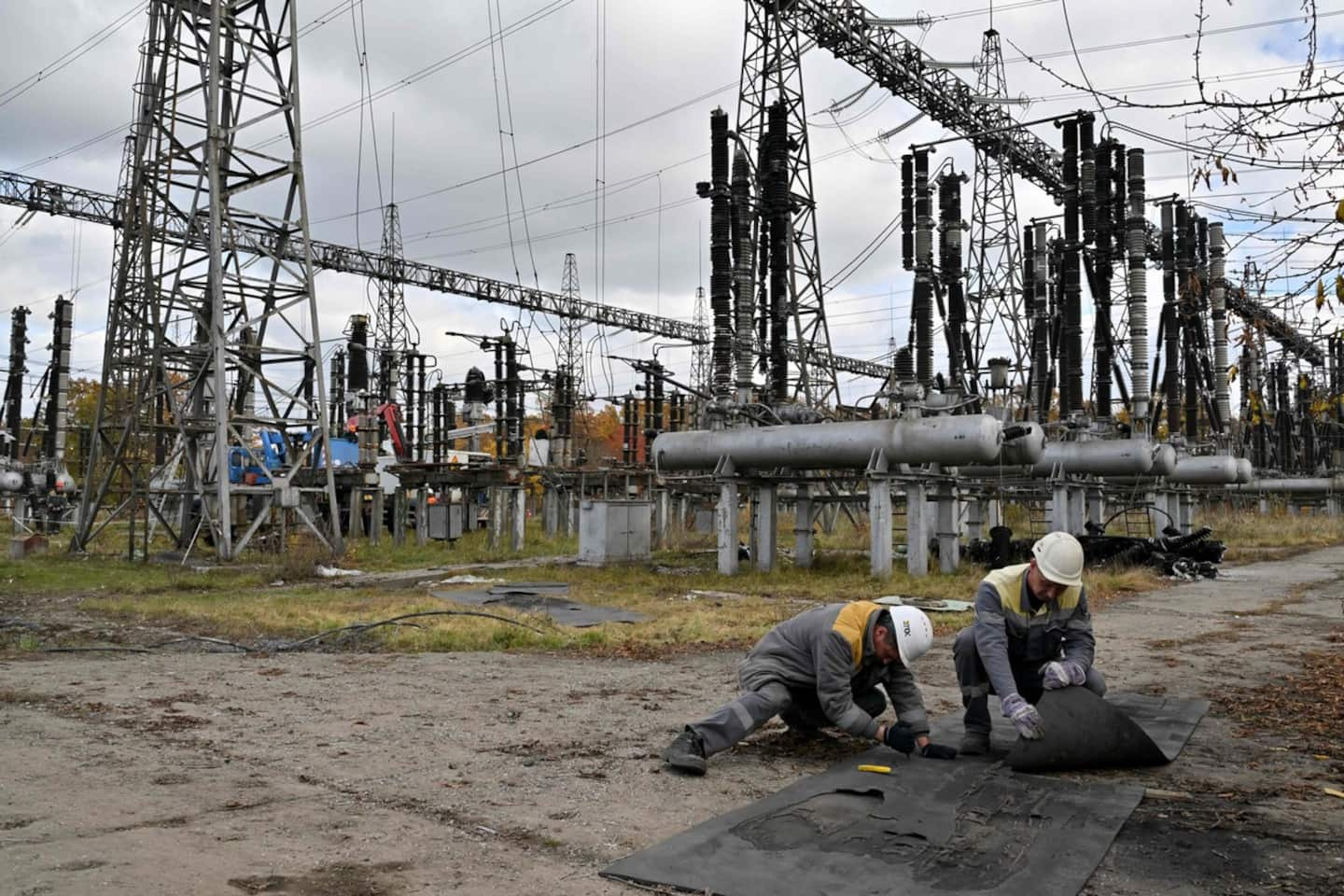 • Read also: Russia has completed the mobilization of 300,000 reservists

Russia, for its part, announced that it had completed the mobilization of 300,000 reservists in more than a month, of which 41,000 are already deployed in Ukraine, a sign of Vladimir Putin's desire to quickly reverse the trend after a series of setbacks. .

"In many cities and districts of our country, cuts have been introduced to stabilize" the situation, said Ukrainian President Volodymyr Zelensky in his daily address. These restrictions affect "nearly four million Ukrainians", he added.

"Unfortunately, more severe and longer cuts will be put in place in the coming days," warned the Ukrainian operator DTEK at the same time.

Following the recent Russian attacks on electricity infrastructure, the Ukrainian authorities had already had to impose daily power cuts of a few hours in many regions, particularly in the capital kyiv, to avoid blackouts.

AFP was able to visit a Ukrainian power plant hit by the Russians on Thursday, where two employees in particular were busy fixing a cable to a large pylon.

"For the first time, we are faced with such damage," Pavlo, an employee of the plant, told AFP. “Renovation work has been underway for more than two weeks. We don't know how long it will take," he said.

According to him, the plant was targeted twice by missiles and a third time by an Iranian-made suicide drone.

On Friday, the head of Ukrainian diplomacy, Dmytro Kuleba, asked his Iranian counterpart to "immediately" stop supplying arms to Moscow, in the first telephone conversation between the two officials since Kyiv accused Russia of striking Ukrainian cities using these Shahed 136 drones.

In a statement, the Iranian Foreign Ministry reiterated its denials.

Volodymyr Zelensky, for his part, was hardly optimistic on Friday evening on this subject.

“We are preparing for the fact that the current Russian leadership will seek every possibility to continue the war. Especially thanks to their accomplices in Iran,” he said.

In Russia, "the task of recruiting 300,000 people has been accomplished," Russian Defense Minister Sergei Shoigu told Putin in an exchange broadcast on television.

According to the minister, 218,000 reservists are being trained in Russian military bases, 41,000 are deployed in military units fighting in Ukraine and 41,000 others are still in training but already in the conflict zone.

For Vladimir Putin, who greeted his minister with "the patriotism" of the soldiers mobilized since September 21, the arrival of these men, who were still civilians a few weeks ago, should make it possible to consolidate the Russian lines against the Ukrainian army which has made significant territorial gains in eastern and southern Ukraine in the past two months.

Kyiv troops are also preparing to fight a fierce battle to retake the city of Kherson and its surrounding districts (south). Moscow claimed to have evacuated all civilians wishing to leave for Russia or areas under Russian control.

On Wednesday, the head of the administration set up by the Russians in Kherson, Vladimir Saldo, said that at least 70,000 people had left their homes in less than a week.

Illustration of the intensity of the fighting near Kherson, the leader of the Russian republic of Chechnya Ramzan Kadyrov, whose forces are fighting in Ukraine, announced the death of 23 of his soldiers in a Ukrainian bombardment which also left 58 injured.

Elsewhere on the front, Ukrainian authorities reported Russian shelling that damaged two apartment buildings and a bakery in Mykolaiv, in the south, and injured one person.

In Kyiv, a few dozen Iranians gathered on Friday to show their solidarity with the Ukrainians and against the use by the Russians of Iranian-made drones to strike Ukraine, noted an AFP journalist.

“The country where we were born and the regime currently in power (in Iran) are sending drones to kill us and our friends (in Ukraine). It is very painful,” lamented Maziar Mian, a 34-year-old Iranian architect, to AFP.

To deal with Russian air attacks, the mayor of Kyiv, Vitali Klitchko, said on Friday that the army had deployed "new anti-aircraft defense equipment" to better protect the capital's essential infrastructure.

For its part, Russia has accused Ukraine for several days of preparing the explosion of a "dirty bomb", that is to say one containing radioactive elements, allegations that Kyiv and the West have described as "absurd and could serve in Moscow as a pretext for an escalation.

Speaking during a political forum on Thursday, Vladimir Putin called for sending a mission from the International Atomic Energy Agency (IAEA) to Ukraine “as soon as possible”. The latter intends to carry out an “independent verification” on the spot this week.

1 Body found in Germany on plane from Iran 2 Norway reveals the identity of an illegal Russian... 3 Two days before the elections in Brazil, Trump renews... 4 Russia has completed the mobilization of 300,000 reservists 5 Twice as many women are surviving breast cancer as... 6 Online News Act: Facebook does not rule out blocking... 7 Gastronomic events not to be missed in November 8 PRESS RELEASE: Huawei's David Wang: The Move... 9 COMMUNICATION: World Stroke Organization addresses... 10 An expulsion that does not pass for the Liberals 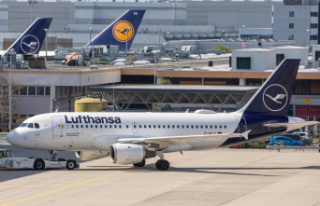 Body found in Germany on plane from Iran