Elements essential to life found on an asteroid (Japanese study)

Amino acids, the building blocks of life on Earth, were discovered in material samples taken from an asteroid by a Japanese space probe in 2019, according to a Japanese scientific study published Friday. 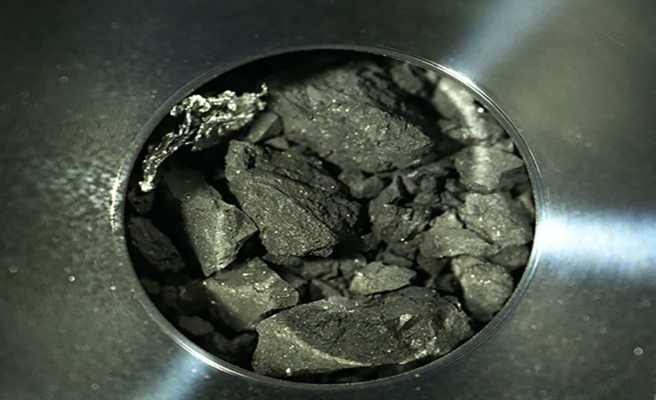 Amino acids, the building blocks of life on Earth, were discovered in material samples taken from an asteroid by a Japanese space probe in 2019, according to a Japanese scientific study published Friday.

These amino acids and other organic materials from the asteroid Ryugu "could give clues to the origin of life on Earth", indicates this study by researchers led by the University of Okayama (western Japan).

"The discovery of amino acids capable of forming proteins is important, because Ryugu was not exposed to the Earth's biosphere, unlike meteorites", according to this study.

Therefore, "their detection proves that at least some of these elementary bricks of life on Earth could have been formed in space environments", adds the same source.

The researchers said they had identified 23 different types of amino acids in 5.4 grams of black rock and dust samples collected on Ryugu by the Japanese probe Hayabusa-2, whose capsule returned to Earth at the end of 2020 with its precious cargo after a six-year mission.

Discovered in 1999, the asteroid Ryugu (“Dragon Palace” in Japanese) is located more than 300 million kilometers from our planet and is less than 900 meters in diameter.

Scientists believe that some of the asteroid's material was created around five million years after the birth of our solar system and was not heated above 100 degrees Celsius.

According to another study published Thursday in the American journal Science, the material taken from Ryugu has “a chemical composition that more closely resembles that of the photosphere of the Sun” than that of meteorites.

The Ryugu samples "give reason to believe that the amino acids were brought to Earth from space," Kensei Kobayashi, an astrobiologist and professor emeritus at Yokohama National University, told AFP.

Another theory is that amino acids were created in Earth's early atmosphere via lightning.

1 Ukraine: Kyiv bombards Russian positions in the Kherson... 2 Châteauguay: three individuals arrested after gunshots 3 Montreal: candlelight vigil in support of victims... 4 "You can't correct 400 years of history... 5 South Africa: 15 dead and 37 injured in a collision... 6 45-year-old Montrealer missing since January found... 7 Owners in debt: fasten your tuque! 8 The CAQ will be able to govern without sharing 9 We are our worst enemies 10 Mental health workers drop out 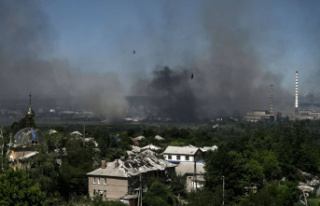