Endesa approves operations related to Enel for more than 5,000 million with the massive support of shareholders 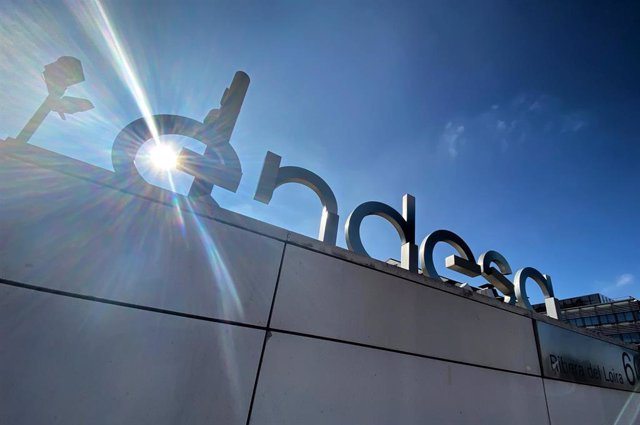 Endesa's shareholders have massively approved the formalization of related-party natural gas supply and financial transactions with Enel, its parent company, for an amount of more than 5,000 million euros.

Specifically, the proposals that the energy company submitted at the extraordinary meeting held this Thursday have had the support of 99.95% of the shareholders physically or virtually present.

Regarding the quorum, 84.703% of the electric company's share capital has been present or represented at the meeting, according to information from the assembly.

Among other proposals, the renewal of the joint management agreement for methane tankers and the supply contracts for liquefied natural gas (LNG) of origin from the United States -for 2023 and its extension for 2022- for an amount of 210 million euro.

The green light was also given to the purchase and sale of a maximum volume of two terawatt hours (TWh) of LNG to Enel Global Trading for the year 2023 for an amount of around 290 million euros, as well as the acquisition of the cargo of two methane tankers of LNG, which is equivalent to around another two TWh of gas, to Enel Generación Chile, by the year 2024, for an approximate amount of 121 million euros.

To this battery of measures framed to guarantee the group's natural gas supply for the coming years were added financial operations with Enel -Endesa's largest shareholder with a 70% stake in its capital- and Enel Internacional Finance for a total amount of 5,000 millions of euros.

Specifically, these operations consist of formalizing a twelve-month line of credit, granted by Enel Finance International, for a maximum amount of up to 3,000 million euros.

It also includes the formalization of the issuance of a guarantee by Enel on obligations of Endesa Generación (counter-guaranteed by Endesa) for an amount of up to 2,000 million euros, with a duration until June 30, 2023.

In its agenda for the meeting, Endesa indicated that the destination of both financial instruments is the fulfillment of the company's obligations with third parties derived from the operational rules of operation of the national or international organized gas and electricity markets in which participates and other directly or indirectly related obligations.

As indicated by the company in its report on the proposal, within its financial strategy it is common practice that part of the financing is carried out through operations with its parent company. In this way, Endesa has contracted financial operations with the Enel Group for a total of 7,050 million euros, justified by the high volume and immediacy of their availability. Operations with Enel "normally stick to those that are of a structural nature in the form of a loan or liquidity."

In this way, given the current situation of international uncertainty, with special incidence in the energy markets, coupled with extreme volatility in the gas market (TTF), the group determined the existence of a risk of extraordinary increases and little predictable of the TTF gas index, which in turn would determine the need for it to provide additional amounts in the future, potentially very high amounts, by way of guarantees.

For this reason, in order to establish a preventive framework in the face of this uncertain and possible situation, it was considered preferable to go to the majority shareholder "for reasons of speed, cost and efficiency".

These two operations are supported by the Ernst Report

Likewise, the shareholders will also vote on the five-year renewal of the provision of the wind turbine vibration analysis service by Enel Green Power Spain to Enel Green Power valued at five million euros.

When asked by the shareholders regarding whether the operations that were brought to the extraordinary meeting had benefits for Endesa or were "impositions" of Enel, the CEO of the electric company, José Bogas, defended that "they are not speculative operations" and assured that will allow the group to "minimize the risk" existing in the derivatives markets due to the current context.

The executive stressed that the operations related to Enel have "all the legal requirements", the reports recognizing their "justice and rationality", and that they also have the support of the reports of independent third parties.

Bogas considered that with this financing by its main shareholder Endesa, it establishes "a preventive framework" against the existing risk due to the "extraordinary and unpredictable" increases in the TTF index -a reference for Europe in the natural gas market".

On the other hand, the CEO of Endesa, who estimated that the company's current price does not reflect its fundamentals, "affected by the geopolitical context and the regulatory environment, added that the energy company does not contemplate carrying out share repurchases as a mechanism to reward its shareholders.

1 STATEMENT: Cuban-American doctor, based in Spain,... 2 STATEMENT: The digitization of professional offices... 3 PRESS RELEASE: Training and success stories in the... 4 PRESS RELEASE: The UAB and the Adamed Foundation organize... 5 RELEASE: WhatImean, the proofreader, launches its... 6 RELEASE: New book 'Compatible foods, happy intestines' 7 RELEASE: Alphawave IP Announced as a Technology Fast... 8 The Ibex 35 fell 0.7% at closing and moved away from... 9 RELEASE: World Premiere of Tsai Ming-liang's... 10 RELEASE: Bright Food Group participated in the 5th... 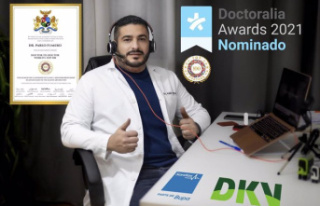 STATEMENT: Cuban-American doctor, based in Spain,...