Endesa obtained a net profit of 1,651 million euros in the first nine months of the year, which represents an increase of 13% compared to the same period last year, driven by extraordinary items from the partial sale of its electric mobility business to its parent company Enel, the company reported. 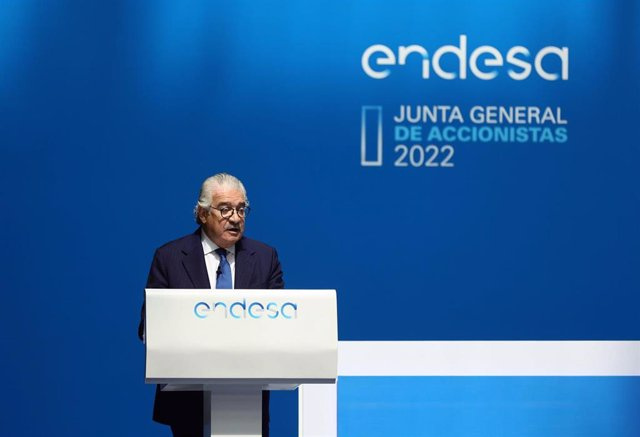 Endesa obtained a net profit of 1,651 million euros in the first nine months of the year, which represents an increase of 13% compared to the same period last year, driven by extraordinary items from the partial sale of its electric mobility business to its parent company Enel, the company reported.

Without these extraordinary items for a net value of 182 million euros, the electricity company's ordinary net profit, which is the basis for the distribution of the dividend, grew by 0.7% as of September compared to the previous year, to 1,469 million euros, in a more complex and volatile market context than in the first half

The gross operating profit (Ebitda) of the energy company stood at 3,710 million euros in the period including extraordinary items, with an increase of 19% compared to September 2021.

In comparable terms, Ebitda was 3,472 million euros, which represents an increase of 11%, based on the good performance of the generation business.

This increase was mainly due to the management strategy of the deregulated business (generation and commercialization) that has made it possible to overcome the adverse market circumstances. Specifically, an increase of 38%, up to 2,340 million euros, was recorded in the Ebitda of this liberalized business.

The electricity company highlighted that this growth in the gross margin of the liberalized businesses has allowed it to compensate for the decrease in the result of the regulated distribution activity, which was mainly affected by the update of the remuneration for the 2017-2019 period, negative re-settlements of fiscal years above and an increase in fixed costs of 56 million euros. In total, the Ebitda of the networks business fell by 21%, to 1,132 million euros.

With these figures in the first nine months of 2022, the group ratified its objective of a net ordinary result for the entire year of 1,800 million euros.

Endesa highlighted that these results have been achieved in a context marked by the outbreak of the war in Ukraine and the rise in prices of energy raw materials, particularly gas, which has led to an average cost of electricity in the Iberian wholesale market from January to September, which has grown by 137% year-on-year, to 186 euros per megawatt hour (MWh), being the year with the highest prices in history.

Endesa's CEO, José Bogas, stressed that in this difficult situation, "the solid behavior" of the group's liberalized business "is a clear example of how the vertically integrated business model allows us to overcome difficulties".

Regarding the promotion of its renewable energies, the energy company has continued with the development of its portfolio, already adding 8,500 'green' megawatts (MW), 10% more than at the end of the first half of last year, on a generating park total of 16,900 MW in the Iberian Peninsula.

The portfolio of renewable projects exceeds 80,000 MW. All the new clean power for 2022 is operational or in execution, and 65% of all the new renewable power planned at the end of 2024, when the current strategic plan ends, is channeled at the end of September, Endesa added.

A NET INCOME OF 1.2 MILLION CUSTOMERS.

Regarding commercial evolution, it registers a net gain of 1.2 million domestic and business electricity customers in the free market compared to September 2021, reaching 6.8 million. With this, the total number of customers grew by 4% to 10.6 million.

Meanwhile, the network of charging points for electric vehicles deployed by Endesa already totals 12,000 at the end of September, 43% more year-on-year.

The investment undertaken in the first nine months by the energy company amounted to 1,477 million euros, 20% more, of which 73% are allocated to renewables and the distribution network.

Regarding the company's net debt, it stood at 11,149 million euros at the end of September, which represents an increase of 2,343 million compared to the end of 2021. This increase is due to the volume of investments -1,583 million euros, investments on a cash basis, unchanged from a year ago-, the payment of dividends over 2021 (1,532 million euros), partially offset by the free cash flow of 600 million euros achieved in the first nine months of the year.

For its part, the gross debt figures show the impact of the extreme volatility experienced in the third quarter in the international gas market, standing at 21,000 million euros from 14,300 million at the end of the first half. The guarantees (known as collateral) required in the organized gas markets to close purchase contracts in advance have skyrocketed and are the key to this rise.

In this regard, Bogas considered that these preventive operational and financial measures that will be taken to the meeting will provide the group with "the necessary flexibility in the event that new situations of extreme volatility in the energy markets occur in the short term." "All this within the usual framework of execution of related operations with our Enel parent company," he said.

1 ANNOUNCEMENT: RoboMarkets is the sponsor of the AEL... 2 The Treasury expects to capture this Tuesday up to... 3 Mastercard and Treezor strengthen their strategic... 4 Business inquiries to relocate workers quintupled... 5 The Ibex 35 wakes up with a drop of 0.35% and clings... 6 Renault forms a 50/50 alliance with Geely for the... 7 Limehome raises 45 million in a financing round 8 The acceptance period for the takeover bid for Siemens... 9 Renault 'revolutionizes' its business to... 10 RELEASE: Delta's efficient power and thermal... 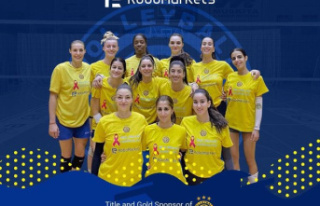 ANNOUNCEMENT: RoboMarkets is the sponsor of the AEL...